I seek help on my issue regarding removing Kali Linux from a dual boot with Windows 8.1.

These are the steps I followed to remove Kali Linux:

I then booted my Windows 8.1 iso via USB (Using YUMI) and ran bootrec command. However for:

and after reboot, grub rescue was still there.

I even tried to command in grub rescue

Now I can still access my Windows 8.1 after booting into Super Grub2 Disk and boot Windows 8.1, but how should I fix it or remove grub? 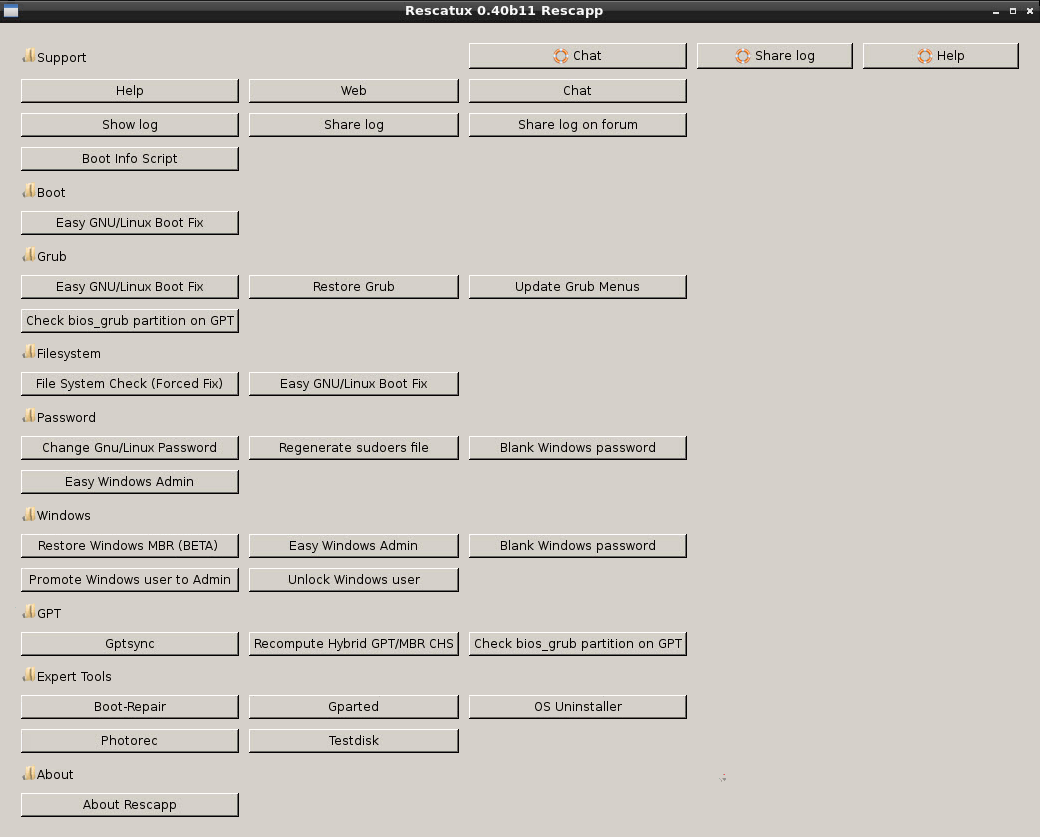 Rescapp is a nice wizard that will guide you through your rescue tasks.

How to make a Rescatux live USB

Not the answer you're looking for? Browse other questions tagged windows-8.1 multi-boot bootloader kali-linux grub2 or ask your own question.