How do you identify the target of a FileNotFoundException?

I'd like to know what I can do to investigate this error further. It is generated by a service not starting : Microsoft Dexterity SCCS. In my 11 years of using this utility I know it can be finicky, but I've never come across this error. It was working yesterday but I had a need to re-install it. I've removed and re-installed several times today and I keep getting this error but I do not know how to investigate it further as I do not know how to determine what file it is seeking.

I found there were dump files in the CrashDump folder for my user. I opened one in Visual Studio and started debugging using the Action pane available - I chose Debug with Mixed. 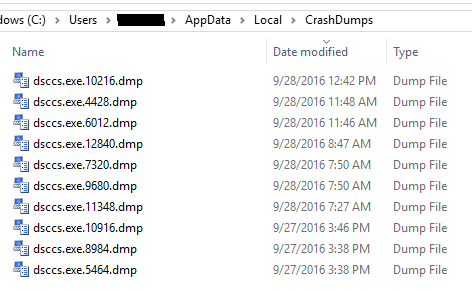 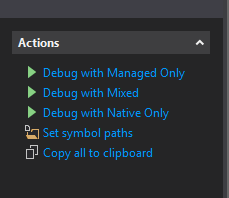 This gave me more details about the exception which occurred. It presented a specific version of a "Version Control File" for Team Foundation. I recognized that this could mean the DSCCS utility required that specific version of Visual Studio installed on my local workstation as the utility has options for using TFS 2010 or 2012 - my workstation at that point only had Visual Studio 2015. 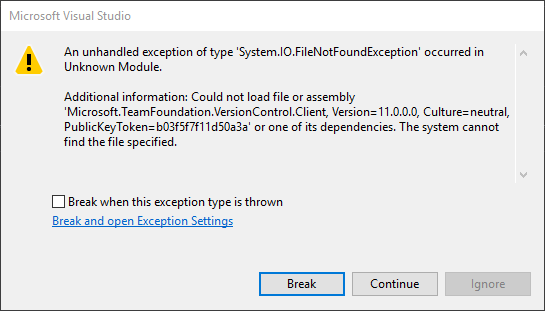 So my resolution was to install Visual Studio 2012. After doing so the service started but then stopped immediately. The final phase was to open Visual Studio, connect to TFS and map the collection to the same a local folder I had previously specified in the DSCCS utility. I know that is very inside baseball for this SuperUser forum, but it is what was required for this utility.

Not the answer you're looking for? Browse other questions tagged windows-services or ask your own question.