I am running Windows 10 Enterprise with all of the latest updates, except for the Anniversary Update. I just received it the other day for my system, but I cannot install it. Here is what I get:

Here is some information on my system. Does anything look awry? I am on a domain with no known policy preventing this update. 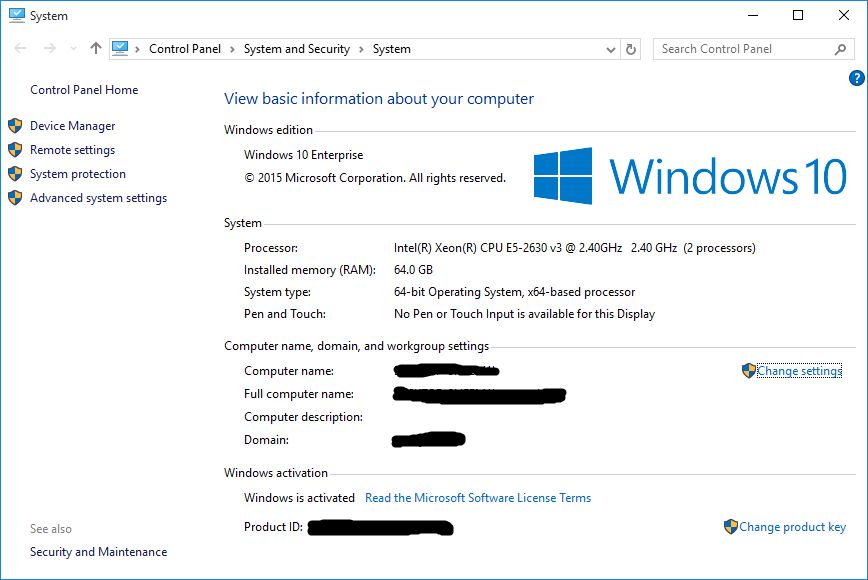 Do you have sufficient space on your System Drive? Is your system time correct? (I know sounds stupid)...also when it does install make sure you have about an hour for it to complete...I had it take about that long on 2 different machines

This is a common failure, and Microsoft's suggestions never seem to work for anyone. However, trying a few times can sometimes eventually get it to work. Also, disabling anti-virus before doing the update has had a few successes as well.

I would suggest downloading the Media Creation Tool from here

Use the tool to create a bootable USB or DVD. Once it's finished, boot from the media you create and install away. Be aware that this update can sometimes take ages. Mine took 5 hours on an i7-6700 with 16GB of RAM and an SSD.

If for some reason the tool I linked above also fails, then you are likely experiencing issues with the download, which makes it network-related. In this case, try downloading it and creating your boot media on another system, on another network.