Why do 60 GB SSDs have such a low write speed, but comparable read speeds, when compared to 120 GB or higher? [closed]

Ask Question
Asked 3 years, 6 months ago
Active 3 years, 5 months ago
Viewed 449 times
1
Closed. This question needs to be more focused. It is not currently accepting answers.

Want to improve this question? Update the question so it focuses on one problem only by editing this post.

Both have similar read speeds of around 500 MB/s and upwards.

Is there some technological issue that prevents higher write speeds in smaller volume SSDs whilst not affecting read speeds? If so, what is it?

It is suggested below that a RAID 0 configuration could be being employed in the larger drives; this would increase the write speed of the higher end disks while leaving the read speed to be determined by the SATA III connectors. Can anyone cite sources in support of this?

Here are some vendor-provided speeds from Transcend's SSD product fact sheet, available (PDF) in French and in English:

I bought 60 GB, 120 GB and 240 GB drives from the same manufacturer and disassembled them. 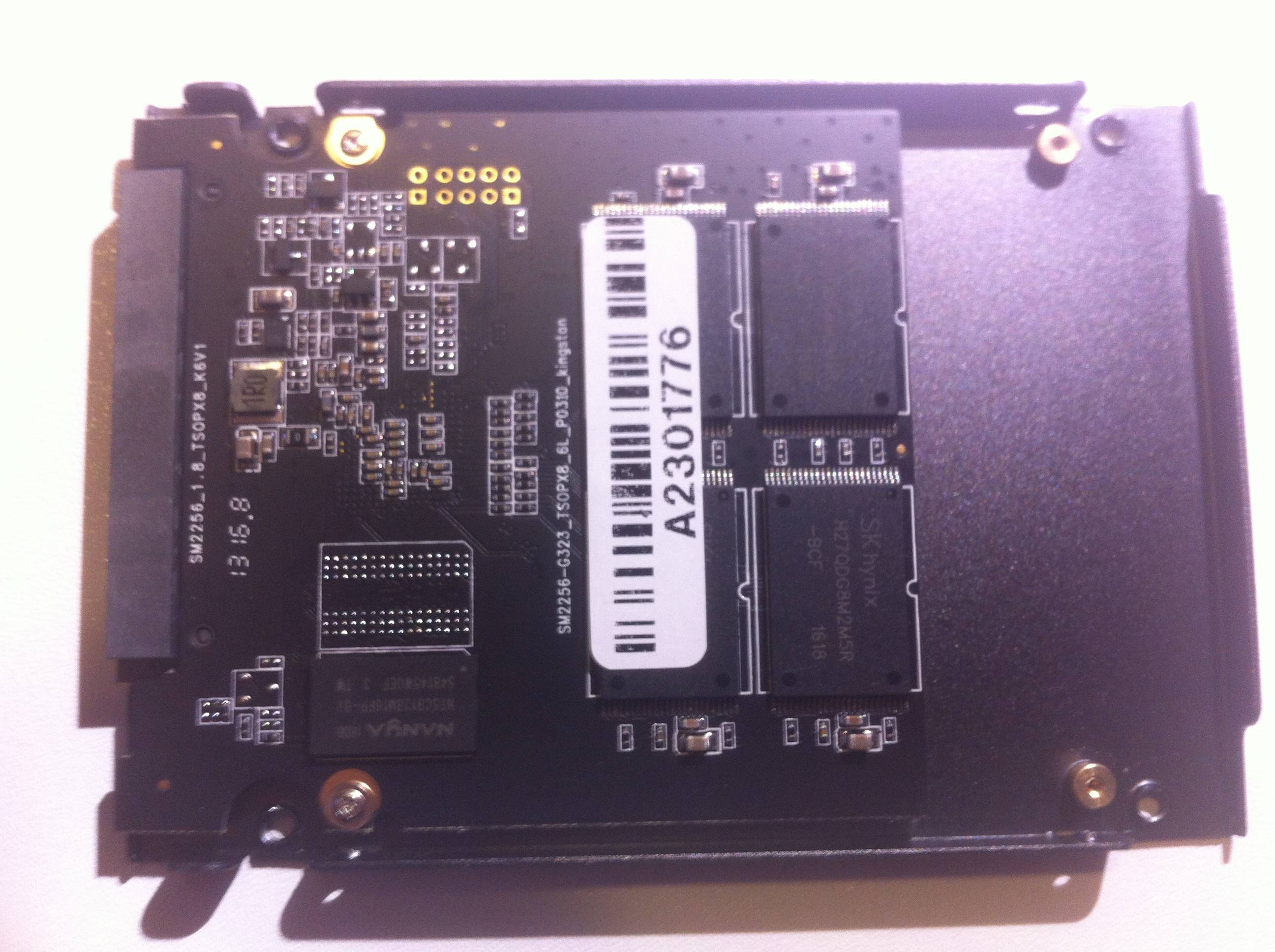 This is the 120 GB drive (had to be removed from case to see the chips): 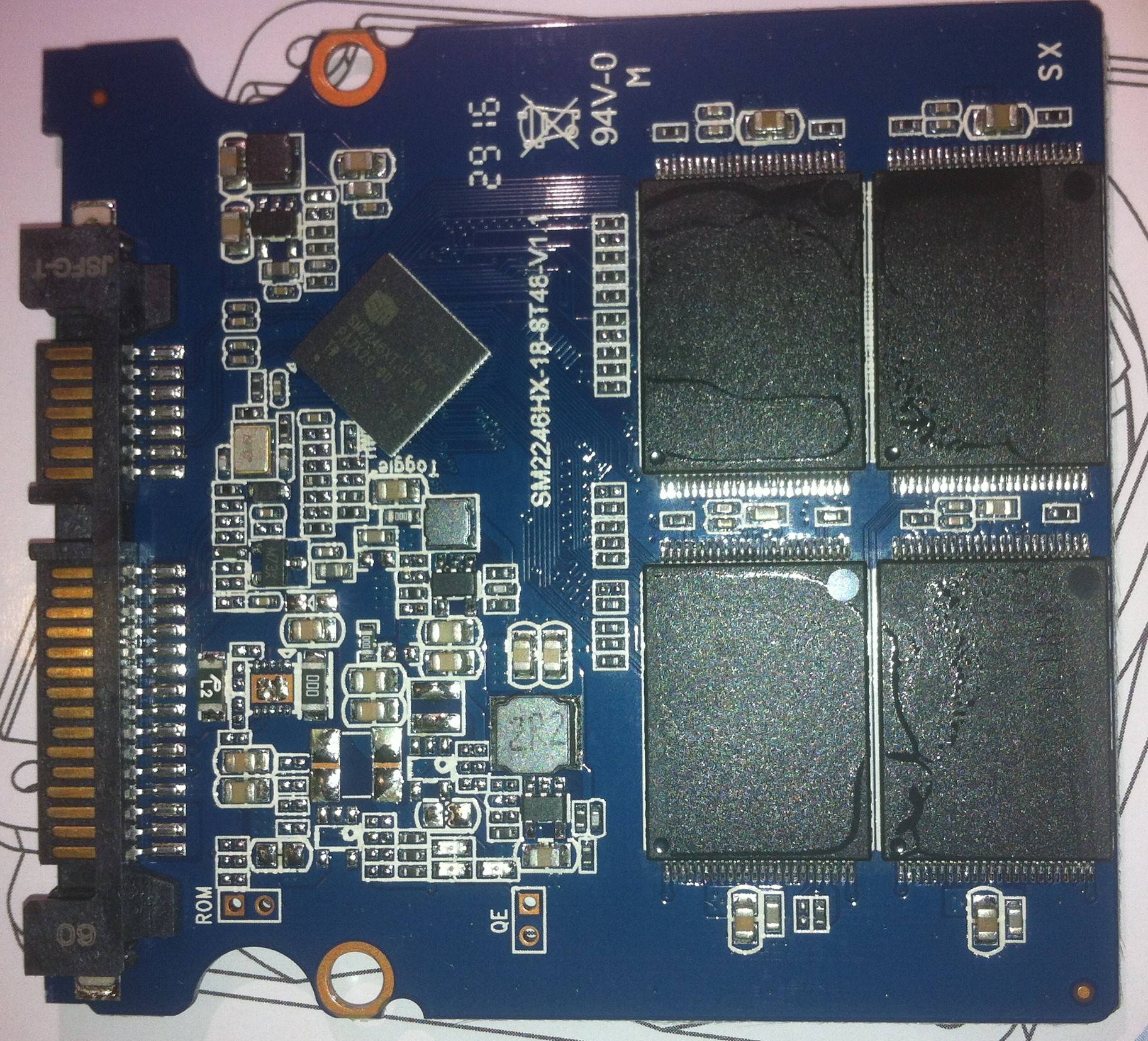 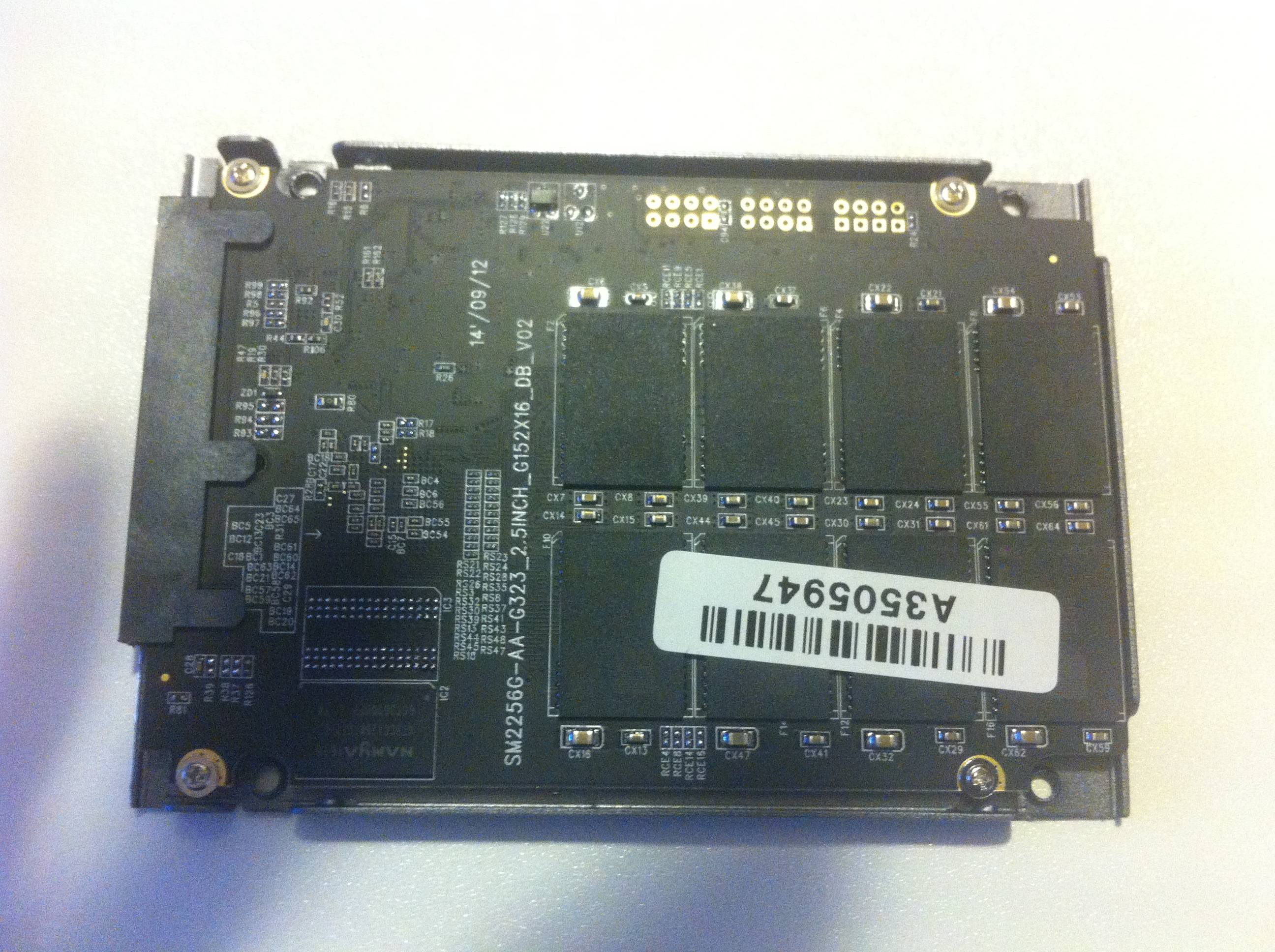 I believe it's because larger SSDs use more memory chips, and so can process more data simultaneously. This post explains it with some more depth.

This website offers the history of SSDs up to the current age. If you truly are curious about how SSDs have advanced through the last couple of years.

However the TDLR answer to your question is simple: The older smaller drives have slower read/write speeds because of the technology used to create them. When they were created the tech wasn't as powerful as it is today so they were only able to make drives of that size at a certain speed. As our technology has increased so has the standard drive sizes and the speed of said drives.

Although I'm not too sure on the exact answer, I've just always thought that it would make sense as there's really no realistic point of a 60GB SSD drive having 2GB/s transfer speeds when it would only take ~30 seconds to process the entire disk. There would be far less space to transfer files, ultimately meaning the speeds wouldn't have to be as high as those of higher capacities (256GB, 512GB, 1TB+).

Yes, age may also be a factor for some drives but that's not always the case as a lot of modern low capacity drives have fairly low speeds compared to their higher models which is why I believe that these speeds are there by design in an attempt to reduce manufacturing costs, time etc.

Not the answer you're looking for? Browse other questions tagged ssd performance or ask your own question.

5
Why are SSDs so fast compared to raw NAND?
0
Raid0 Test For Multiple Partitions On A Single Drive Gave Better Sequential Write Speeds That Expected
2
Why do my external USB hard drives become slower when I have filled them up only to a third?
1
My SSD drives have a very slow write speed (800MB read / 5MB write!)
0
Samsung 960 Pro NVMe SSD 512GB Slow Sequential Write Speeds
0
How can I get my SSDs write speeds to perform normally?
0
Unusual slow SSD on RAID 0 performance