Not sure if this is a good place to ask this or not, but it's probably worth a try. I've got a Dell C1765NF colour laser printer, currently using non Dell toner cartridges. The printer had been working fine, until I send 3 separate A4 jobs to it.

The first one (which contained quite a lot of black) printed out fine, the next 2 the black came out smeary almost as though it were running out. I've checked the levels and it reports that the toner is 80% full.

Being non-Dell toners I thought there's a chance that maybe it's reporting being fuller than it is, so I popped in a new one and it didn't seem to make any difference. Here's a quick example of 4 colour dots working fine, and the black in the middle not looking right at all 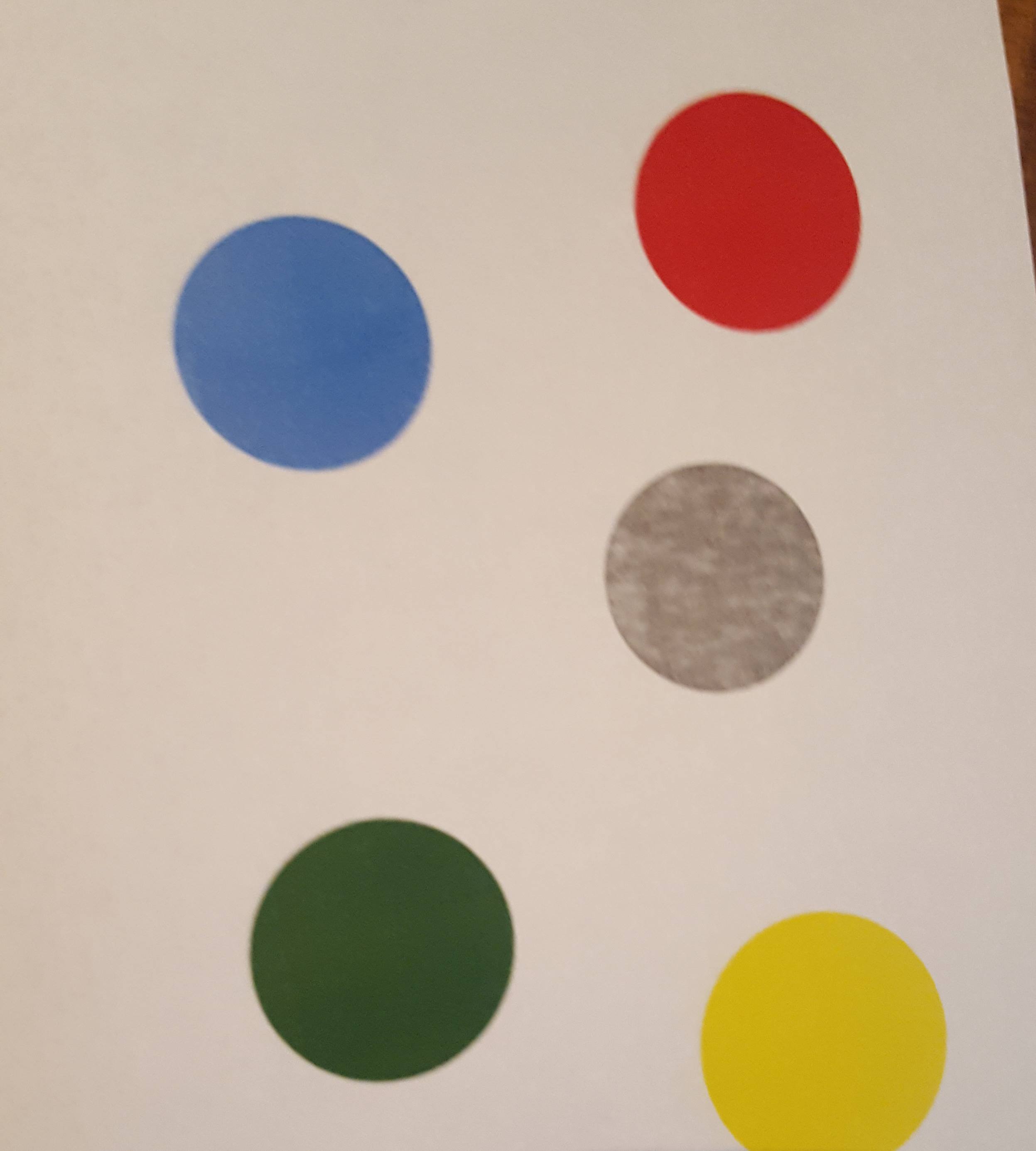 A side note is that I noticed after trying to print that there was a noise coming from the black toner. There's a little cog that the printer can spin (no idea what it does) but I think it was spinning it for quite a while on the black.

Does anyone know what might be going on here and how to fix it?

As the problem occurs only in black, the problem must be in either the black toner or the black drum. It appears the drums and fuser are part of a single unit that is designed to last "the life of the printer".

As for the toner, I don't know your printer, but in some printers the cartridges is a long way from the drum. If that is the case here - and a picture on page 24 in the User Manual implies it is - then the cog would be driving an auger in the cartridge that pumps the toner through a pipe to the drum. In that case it may take a long time before the new toner actually gets used.

I had a similar thing happen with my printer (a Fuji Xerox CM305DF). The non-FX cartridges could not supply enough toner on high-coverage prints, unless I told the printer I was using heavy paper, to slow it down. I considered going back to FX toner, at 3 times the cost, until I realised that this was my third set of non-FX toners. Hence I would need to use 3 sets of FX toner before the problem could fix itself. I decided to live with the problem.

Try telling the printer you're using heavy paper or card to slow it down. If you have another printer of the same model, try swapping the drum/fuser to see if that helps. Otherwise, try printing a large number of solid black pages to get the old toner out of the pipes.

Not the answer you're looking for? Browse other questions tagged printing printer laser-printer or ask your own question.