I have a problem with my keyboard layout. When I bought my new keyboard, I set the Windows layout to US International cause it has US layout but I still need to type international characters.

Everything worked just fine as I wanted it to, that is. For example, I had to press AltGr+E to type é and pressing '+E resulted in 'e and not é.

The problem is, I don't know how but this just changed 10 minutes ago, and now if I press '+E, it types é and not 'e, as I want. I did some research and found out this is what "dead keys" do, and unfortunately it is not how I want my keyboard to work.

I read a lot of people suggesting to use the Microsoft keyboard layout creator or just switching to the US layout to disable the dead keys, but, unless I just got crazy, I can assure you all I was using the international layout WITHOUT dead keys just till 10 minutes ago.  I am not confusing ' Apostrophe and ` Grave Accent (backtick).  I am 100% sure, because my language has a lot of apostrophes followed by vowels, so if this was happening before I would have recognized – typing, for example, límbuto instead of l'imbuto. It is annoying.

Please, does someone know if there is some way to disable this dead keys feature in the US International layout?

I ran into a somewhat similar problem with the US-International layout. I am using it to type some non-ASCII characters that are available through AltGr combinations (such as ö and ä) but want to keep the default behaviour of other keys, in particular the ' and " keys.

I made a GitHub repository holding a layout that does that. The layout file (direct link) can be opened in Microsoft's Keyboard Layout Creator tool (free as in beer), and built with it. Running the resulting installer adds the new layout to Windows where it can be used exactly like the builtin layouts.

The post is old now and must have been fixed long ago.

But the answers are not that clear, especially the most upvoted here. (Why should the OP add United States International (and for Brazil Portuguese for that matter) when that keyboard is in fact including dead keys, which the OP already has but wants to go without?)

What the OP asks is impossible (English US International without dead keys).

...Unless a new keyboard layout is created by a third party - as suggested in this answer.

On the difference between "language"and "keyboard":

While you cannot add a keyboard without adding a language (and you can add multiple keyboards under one language), adding (having) a "language" always means adding at least one keyboard. What is in fact "added" are always keyboards. Different keyboards are added under each language's "Options", then the keyboards are displayed in the list accessed by clicking the specific tray button. 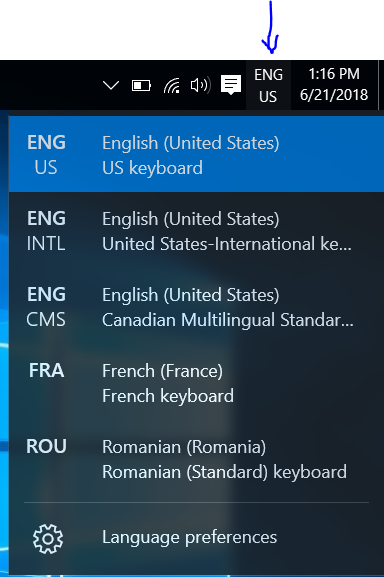 That is not the default keyboard under any language as far as I can tell. Also, it seems that under all languages that I have tested English US International keyboard has dead keys.

For the OP not to be able to see that list and switch to the normal default English US, and be stuck to English US International (which has dead keys), that latter layout must have been the only one keyboard added.

When only one language with only one keyboard is added (and this is the default case: except normally that is the simple US not the US Intl), the tray button for keyboards is missing.

To have access to US English without dead keys the simple US keyboard needs to be added. 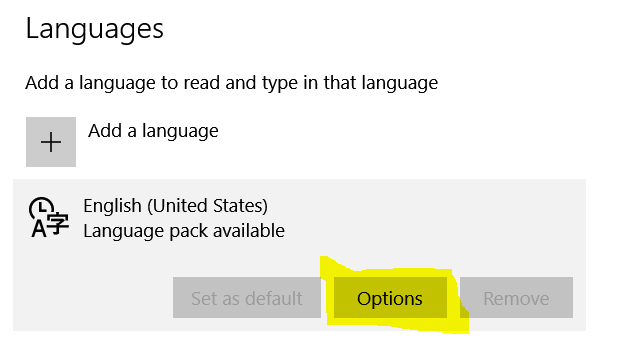 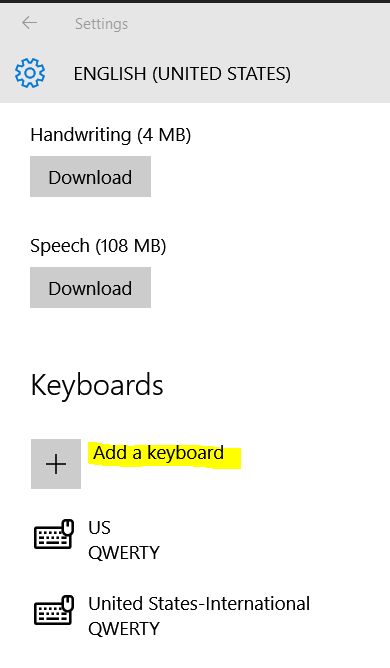 But that doesn't do what the OP asks, an English keyboard without dead keys but with the ability of doing é with AltGR+e. The OP should have asked a new more specific question.

With the available keyboard layouts, for accented characters I would suggest keeping also the English US International (and keeping the dead keys for accented characters) and switching easily between keyboards with Super-Space. If one refuses dead keys by all means, one should find a new keyboard that includes accents without dead keys. (For example, for French, one could add French language: that is, language AND keyboard.) 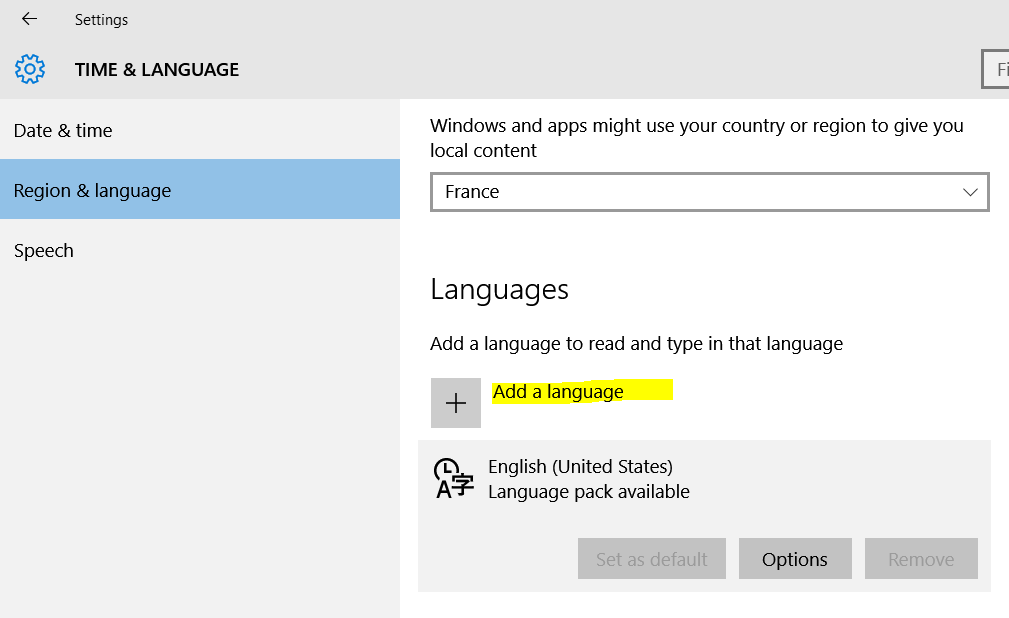 The first thing you should do is to set YOUR input language. This has NOTHING to do with your keyboard layout, this is a personal setting. If your language is set to English, there will be no good support to type characters like á or ç, because they don't exist in english. Simple as it is.

So if your language is Italy's Italian, you should select "Italian (Italy)" as input language, and no other one should exist in the list (except if you want to be able to type in several incompatible languages, which rarely is the case).

After you set your language input, you will select your keyboard layout. This is a different thing, because it depends on the keyboard you are using. If your keyboard is US-International, just set it. But always assure the Input Language is the language you really want to use, not your keyboard's country of origin.

For example, I am brazilian. I want to input text in brazilian portuguese, but my keyboard is US-International like yours. What is the correct setting for me?

This can be vary for each person. I can, for example, use Portuguese as my input language, but with a Japanese Keyboard. This may sounds odd, but it is possible.

So, to properly set your system, you should:

Best working solution to me. But not 100% what the OP wanted as it doesn't eliminate dead key.

Simply pressing SPACE after any of the dead keys puts only the wanted symbol; no extra space. 'SPACEE puts the wanted 'e in contrary to 'E putting é.

There's no need to fiddle around with configuring anything extra or always having to switch your input with WIN+SPACE. It also should work for any other language's keyboard. Once I got used to this I didn't feel like I needed another solution for that.

I have designed UltimateKEYS and its corresponding GitHub repository.

This is a project which I have developed (partially based on EurKEY) and which aims to harmonize languages with Latin-based alphabets on US QWERTY, having the dead key combinations, etc. on AltGr and AltGr+Shift.

This is the UltimateKEYS Keyboard Layout:

Not a direct answer to your question, but a solution that eliminates the need for the international layout in the first place.

I use AutoHotkey for typing non-English characters with a modifier key, it's very easy to set up. Just install it, create a text file with .ahk extension that will have the keys to remap and run the file. An icon will appear in the tray that allows you to control the running script.

For example, the following two lines will bind Alt+E to é and Alt+Shift+E to É:

Add all the letters that you want and you're all set.

Make sure to save the file as Unicode or UTF-8 with BOM.

In case you want to bind only the right Alt, not both, you can do it this way:

5
Alternative US INTL keyboard layout which is not "clever" with the quotes?
27
Why does ` (backtick) not appear until after I press another key?
3
Is there a keyboard shortcut to add a non-breaking space in Chrome