My computer is running slow, but task manager doesn't show excessive cpu or memory usage. Why?

My computer is running very slow, so I opened up the task manager expecting to see excessive cpu or memory usage. Nothing. So I closed all applications other than task manager. Still slow. Then I opened up the resource monitor, and found the cpu being used almost to the max! What could cause such a discrepancy? Another words, why does taskmgr show barely any cpu usage, while the resource monitor shows that the cpu is overloaded?

EDIT: Others have pointed out that I incorrectly identified the blue line in the resource monitor as cpu usage. Thank you for that, but I still don't know what to do about my slow computer. 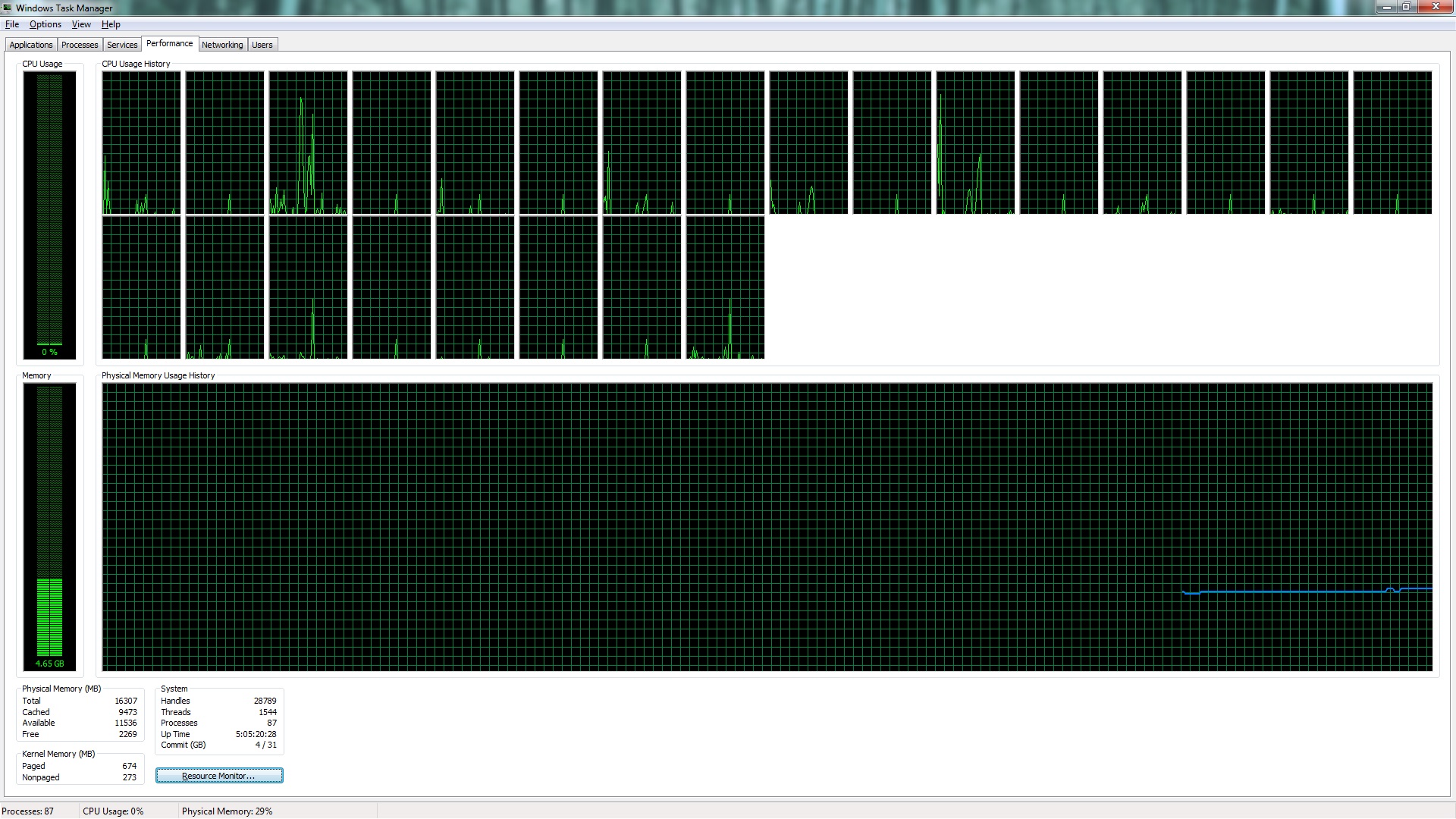 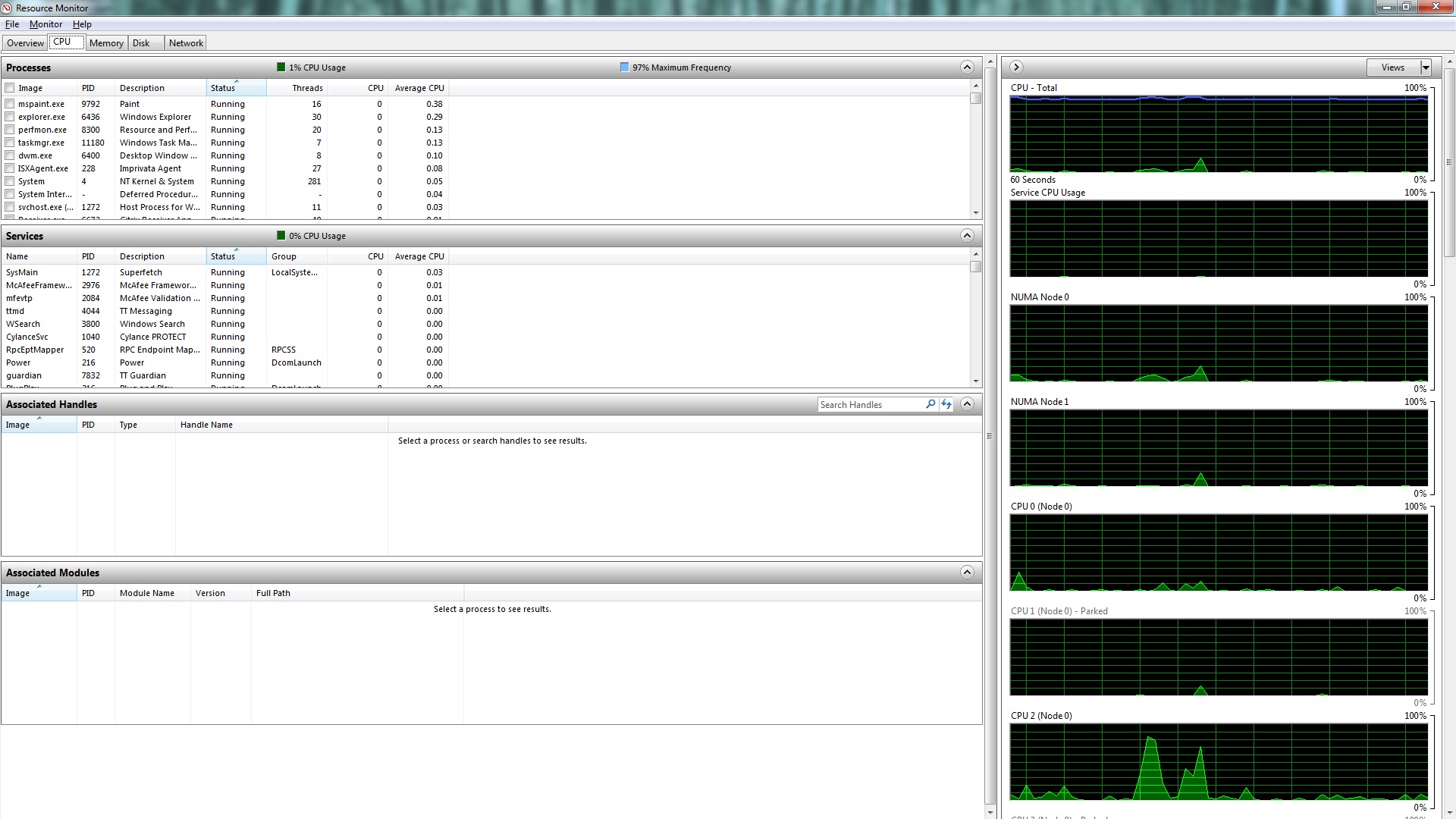 It could be your I/O subsystem, but if you aren't doing anything, this should not be causing the slow downs you've described. Sounds more like you have some background process that are not playing nice. I've fixed more than my share of friends and family computers displaying these symptoms and here is what I do...

At this point you can reboot again and then start poking around. My bet is that your scans will uncover some things you didn't know you were running. You should see a noticeable difference after doing all of this.

I would take a close look at Steve's recommendation for Step #1. Windows is particularly sensitive to orphaned I/O destinations, such as Internet sites that are not responding. They never show up in the metrics unless you become a wizard at analyzing process queues.

Just eye-balling your Resource Monitor, I find it interesting that you may have two anti-virus programs running: McAfee and Cylance. Looks like you have a Time and Temp programming running in the background? Lots of loose ends. Removing all those processes from start up may help considerably to narrow in on the cause, particularly if you have McAfee and Cylance running at the same time.

Not the answer you're looking for? Browse other questions tagged memory cpu performance task-manager resource-monitor or ask your own question.

127
What does the “Maximum Frequency” number mean in the Windows Resource Monitor?

1
Task Manager: Overall cpu usage + idle process cpu usage > 100%
0
In the “High Performance” power plan, why does the CPU always shows 100% usage?
16
my windows 10 pc got really slow although CPU and memory usage is fine. what else can I do?
0
Windows 7: Why is there a Task Manager CPU usage discrepancy?