When you run more than six applications on Windows 7 and you press Alt + Tab, icons representing the first six applications and the desktop appear on the first row of the grid and you can cycle with Alt + Tab + Tab... through the six most-recently used windows the usual way, but the seventh and other less recently used windows don't follow the same rules.

Instead they get grouped together according to their application, but disregarding whether they were recently used or not. This new behavior is mentioned here.

I am very used to the old way of cycling and the new system is driving me crazy. I tend to have 20 or so windows open at one time and I frequently need to alt-tab to the seventh or eighth window on the stack, but it doesn't work the same any more.

How do I put back the old behavior, so that Alt + Tab + Tab + Tab ... goes through the whole list in most-recent to least-recent order?

To restore the Windows XP Alt-Tab functionality simply launch regedit, add a DWORD named AltTabSettings to HKEY_CURRENT_USER\Software\Microsoft\Windows\CurrentVersion\Explorer and set its value to 1.

And here's a one-line PowerShell script which does the above:

Not sure about tab order but you can access the old Windows XP looking Alt-Tab like this: 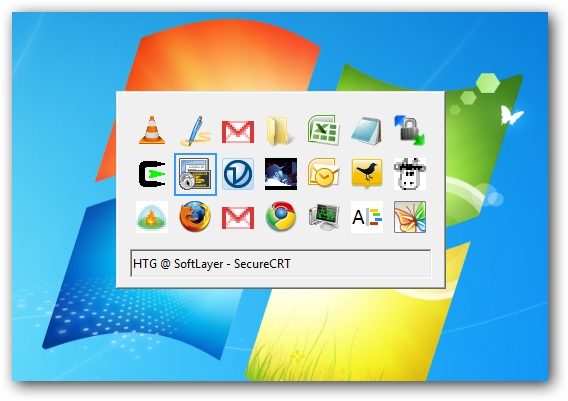 Thanks to BlogSofts via The Road To Know Where

While I tried, liked and upvoted the accepted answer I found this setting by googling a bit more: Windows 7: bring back old Alt+Tab behavior, turn off Aero Peek

It turns out you can keep the Windows 7 look, but avoid the odd flashing behaviour (lack of better words) that is Aero Peek.

Try the combination Win + Tab. It uses the Aero interface, but give you a full cycle of your applications.

In have just installed Windows 10 version 20H2. In addition to the registry key, you need to go to the settings (Windows + i) > System > Multitasking and set "Alt + tab" to the only setting not containing any "Edge" (in German Windows: "Nur Fenster öffnen", in English should be something like: "Open windows only"). Wrong German translation, BTW! Should be "Nur offene Fenster". ;-)

Not the answer you're looking for? Browse other questions tagged windows-7 alt-tab or ask your own question.

6
Vista's alt-tab behaviour: can the ordering be reverted to XP's order?
1
Getting GTalk and Alt-Tab to play nice
1
How to get Windows XP style default Alt-Tab behavior in Windows 7 without Administrator's privileges?
0
Alt + Tab works differently with multiple monitors
2
Disable MRU in Alt+Tab task switch
1
Change Alt+Tab appearance in Windows 8
17
How do I make the alt-tab previews smaller in Windows 10?
1
Alt-Tab not switching between recent windows