I have a typical home network comprised of an ASUS RT-N16 router running DD-WRT, and a handful of wired and wireless clients. New to the network is a Raspberry Pi which will be used by a team for a school project I am working on.

The Pi is set up to run a reverse SSH tunnel to an Internet facing server so that anybody on the wider Internet can SSH into the device on my home network.

Because the Pi is available on the Internet, and also on my home network, I want to segregate it from all my other devices on my network. Effectively, I want the Pi on one side of a fence, and everything else on the other. All devices need access to the Internet.

At first, I tried unsuccessfully to set up two VLANs on my DD-WRT router, but after a day of messing around and forum surfing, it seemed like many people had trouble with firmware bugs. To make my life easier, or so I thought, I bought a TP-Link TL-SG108E "Easy Smart Switch" which advertises VLAN support. For the life of me though, I cannot get it to work like I'd expect!

On the TP-Link switch:

First, I tried to set up Port Based VLAN. It seems like I couldn't assign port 1 (the router) to two VLANs at once.

If I had chosen VLAN 2 to include port 1 as well, it would have been removed from VLAN 1. 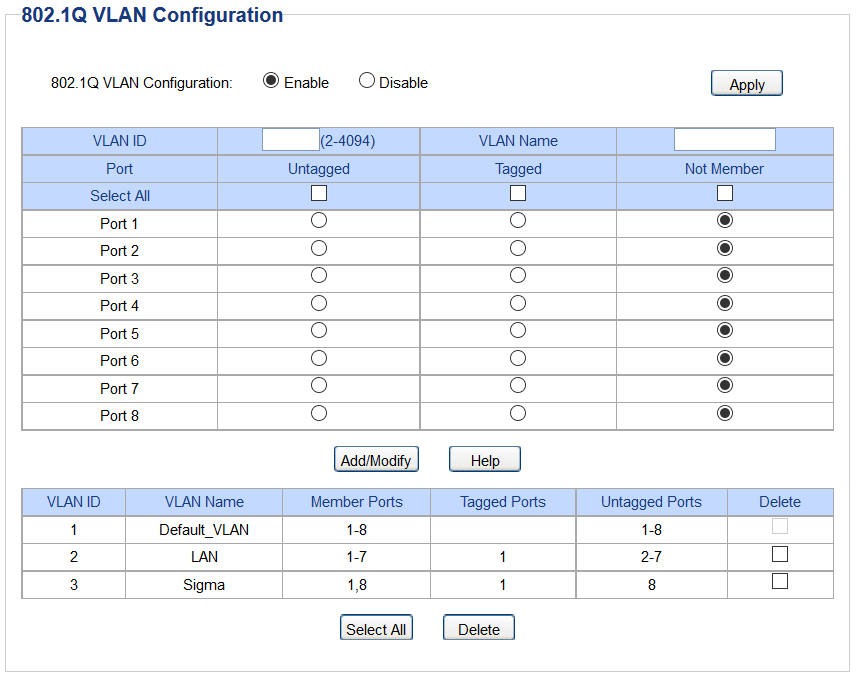 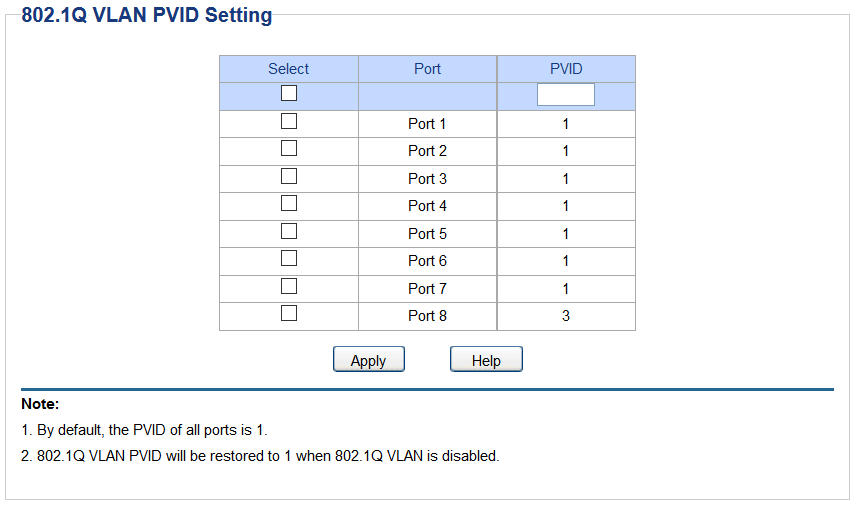 This setup did seem to work when port 8 had a different PVID than 1 through 7, the Pi was unreachable from my LAN, but it was also unreachable from the Internet too! If I made the router PVID 1, my clients PVID 2, and the Pi PVID 3, nothing could talk to the router at all.

At this point, I'm confused and ready to admit my ignorance. What am I doing wrong?

The segregation you are asking for is what Multi-Tenant Unit VLAN is good for. Quoting the help text in the switch configuration:

So you could use that and configure port 1 as the uplink port. Unfortunately that also means that ports 2 through 7 cannot communicate with each other.

If you need ports 2 through 7 to communicate, you need to look at other options, because the Multi-Tenant Unit VLAN feature does not appear to be flexible enough to allow that.

Port based VLAN as you have noticed cannot do what you want either.

That leaves tagged VLANs as your last option. But having a port be an untagged member of more than one VLAN is problematic because untagged frames sent to the switch could be intended for any of those VLANs, and the switch cannot know.

On the router this will look like two virtual network interfaces connected to the two different VLANs. And the recommended configuration is to have the router use different IP prefixes for the two VLANs.

Your desired setup is definitely possible on this device. "Port Based VLAN" is not sufficient as it doesn't allow one Port being member of several VLANs. With "802.1Q" this is possible. My setup, which I had running on exactly this device, was more or less identical to what you would like to achieve.

With this configuration, Port 6 and 7 are seperated from each other. Both can communicate with Port 1, but not with each other.

Please find screenshots of my working setup below. 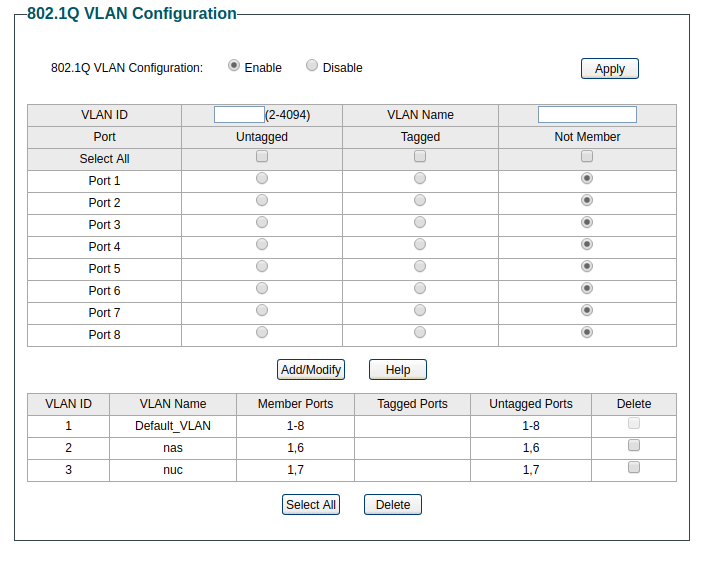 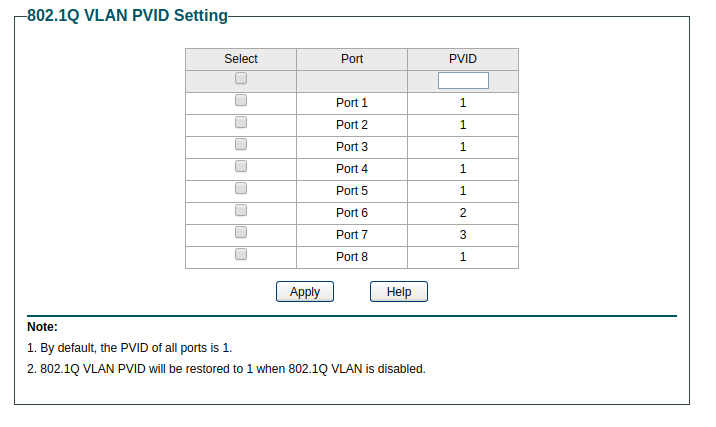 Not the answer you're looking for? Browse other questions tagged networking ethernet switch vlan or ask your own question.