AS you may see, the "Frequent" and "Tasks" lists are present,
and all the "Frequent" entries have favicons.
Also, the relevant Firefox shortcut in Windows Start Menu has the FF logo icon, as expected. (screenshots: 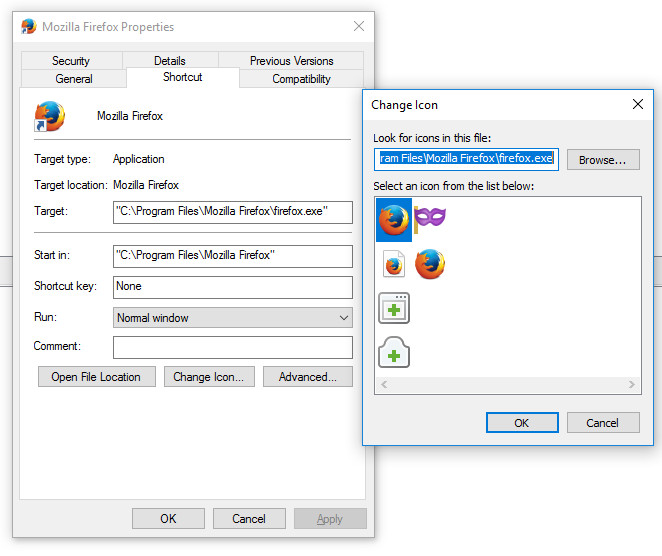 The pinned shortcut itself supposedly gets its icon from "C:\Program Files\Mozilla Firefox\firefox.exe". Screenshot: http://i.imgur.com/6dM3aN4.jpg 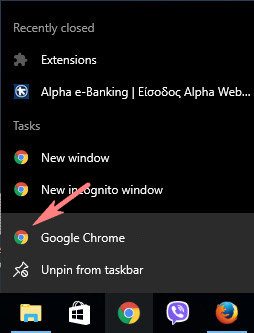 I have tried multiple times unpinning the shortcut from taskbar and then re-pin it,
as well as uninstalling and reinstalling Firefox, but didn't help.

In the above description I only have Firefox 49.0.2 installed.
If I uninstall Firefox 49 and then install Nightly 52 and launch it,
then -after a while- the Firefox (Nightly) logo icon is displayed in the context menu, as expected.

Try right clicking on the firefox shortcut with the generic icon, click on properties and check where it is getting the icon from by clicking on change icon. 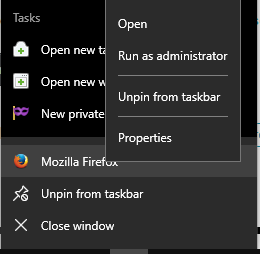 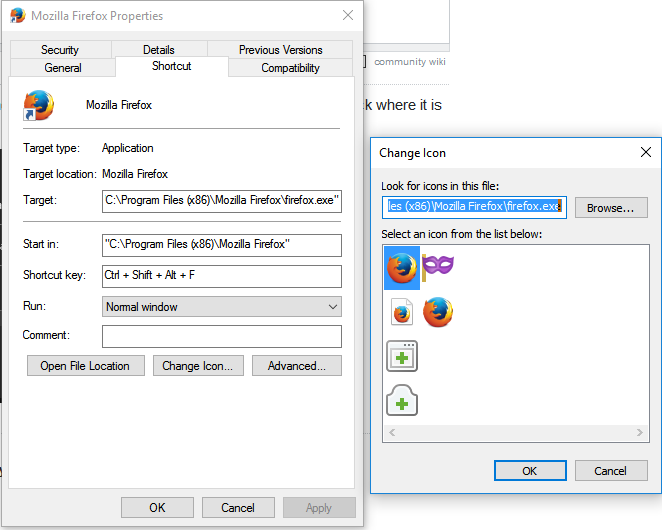 Not the answer you're looking for? Browse other questions tagged windows-10 firefox taskbar or ask your own question.

3
How to restore jump list for Windows Explorer pinned taskbar icon?
12
Can you change the icon of a pinned IE 9 web application? And how do you do it?
2
Windows 7 Start Menu / Taskbar shortcut icon issue
31
Google Chrome pinned to Windows 7 taskbar not opening under pinned icon
3
Pinned program on the taskbar is not grouping in Windows 7 Ultimate
2
How can I pin a folder to the Windows 7 taskbar with a custom icon?
1
In firefox, how do I create a bookmark and pin it to the taskbar as an icon, without it getting pinned to the firefox jump list
1
Comebine multiple shortcuts into one representing smybol / group pinned on the taskbar