My laptop fan is showing signs of old age in that it will start making loud rattling noises every now and then, that die down after a while. Lubricating it only temporarily helps (I think the problem is mostly with the bearings in these cases, right?). The common advice seems to be just to replace it. I would happily do that, but I can't find the exact model I need* (MF75120V1-C220-A99) and the manufacturer tells me they don't have parts for a laptop 1.5 years old so I'm on my own.

My idea is now to keep the "casing" and replace only the fan itself, i.e. I would make cuts at the red lines in the attached picture, do the same to the replacement fan and glue it into position in the old casing. 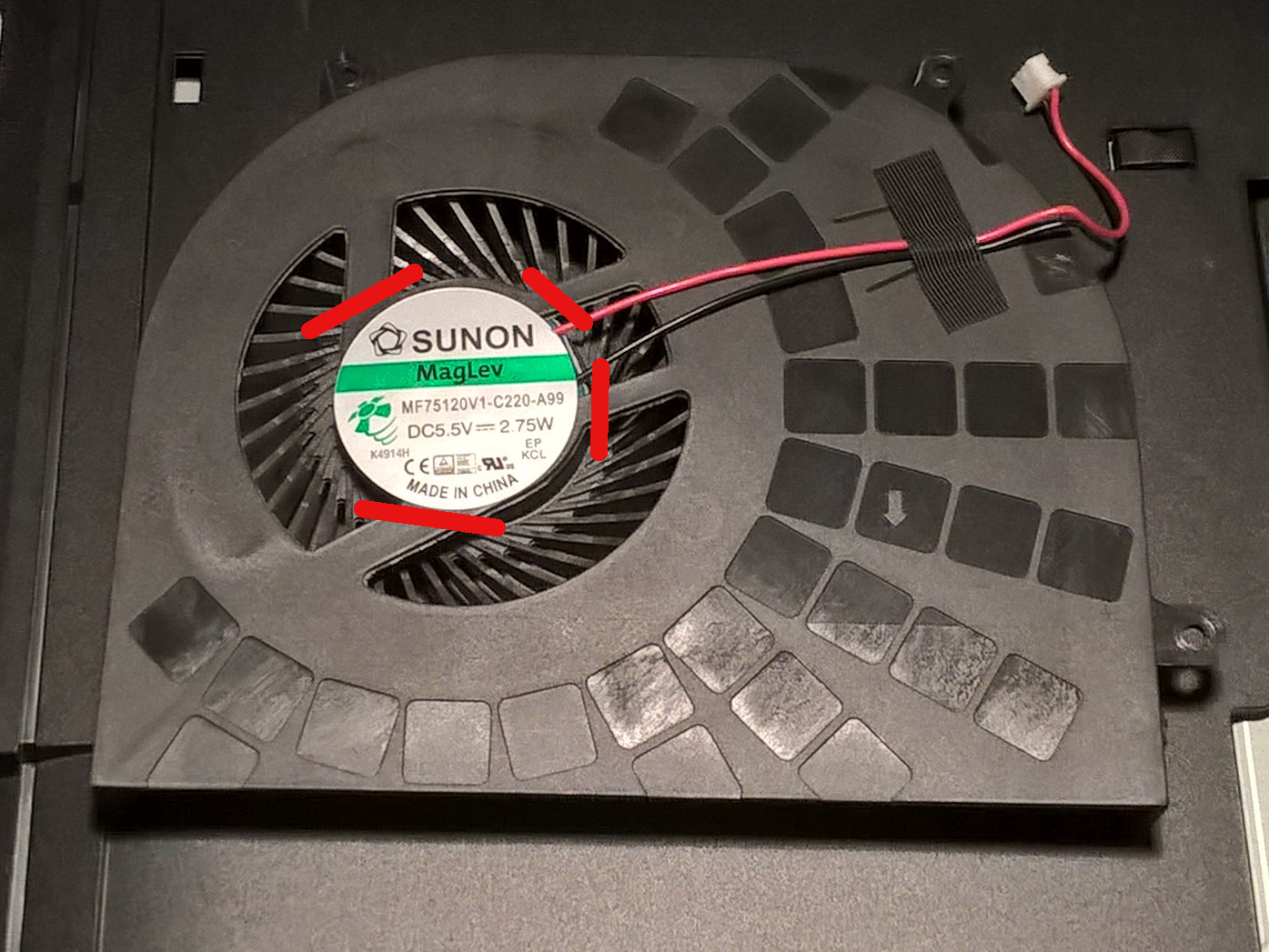 Here's a couple of questions I have concerning this:

*I could pay a dubious Chinese retailer 20 bucks hoping that I'll get a new fan of the correct model some weeks later, but I don't really want to do that.

All right, just to close this:

I followed @n8te's advice and ordered a replacement from China. Unfortunately, the fan was not new (as advertised) but used. And quite used at that. So it didn't take too long for it to also start breaking down.

So I decided to follow through with the original plan. I ordered a fan with similar characteristics, cut it out of its casing and glued it into the casing of the original fan after cutting that out. Not complicated at all, but since I glued the "arms" (the parts marked in the picture above) of the new fan to what remained of those of the original fan, the structure became to high to screw on the metal lid, which is on the bottom in the above picture, so you can't see it. I solved this by cutting small pieces out of rubber out an old bicycle tube and placing those between the lid and the screw sockets in the casing. Fortunately, there is a bit of vertical space in my laptop so the added height is not a problem.

I've been using this setup for a while now. No problems so far. Hope this will be helpful if anyone ever has a similar problem.

Not the answer you're looking for? Browse other questions tagged repair fan laptop or ask your own question.