How can I improve window/session/instance/tab/file management and organization in notepad++?

I love notepad++ and I use it every day for almost everything.

I find what I like to do is safe everything I type into a new file. But I can't be bothered to save the file, now it take 2-3 minutes for notepad++ to open so I just leave it open always now. No problem for me.

Before the autosave, I never was able to save files because making a new file and saving it was too much of a hassle so when i restarted my pc i lost everything. Needless to say, autosave has really been awesome for me!

It is a hassle for me to individually save all these files so I love to just open a new tab, paste, and continue with my work.

I also find that I now usually have two windows - the left and right - in the same instance.

Usually what goes in my left window is a user details page which contains a bunch of vital information I access regularly. But here is an example screenshot of the left-right window process: 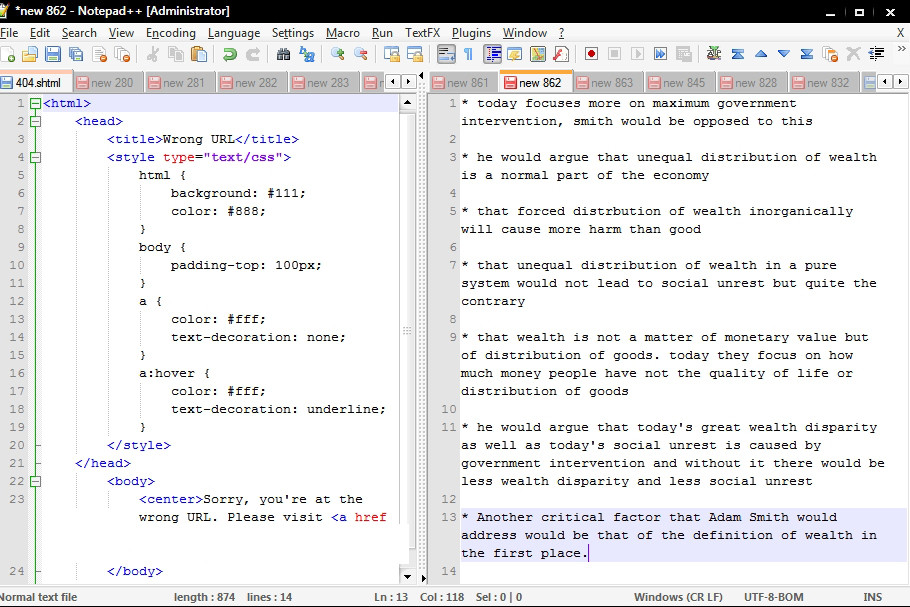 Now I find myself doing something even more advanced. I will open up a new instance in notepad++ to have a clean window to work from to organize a new project. I do this by going to Run > Open in another instance. It opens a new instance without messing with my original instance. 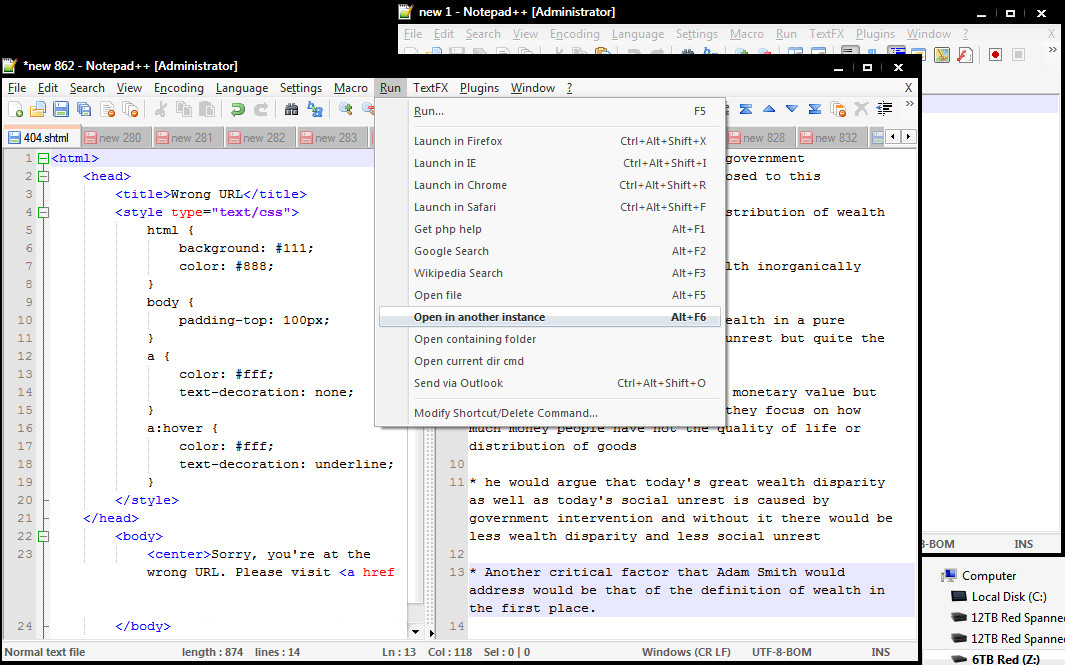 There are a couple downsides to this.

Reason I do this like 300 files, which in some new instances is as many as thousands of files, is if I am editing a website for example. Sometimes instead of trying to search for text I will open whole folders of a website and just do a "find all". Some people may not like this, but it works for me. (Update: I was looking around and saw many other people do this too!)

But here is another downside of having my primary window with almost 1000 "new" files open: It isn't organized at all. I find stuff by doing a "Find All in All Opened Documents" function. Which works but is not efficient. But it works. 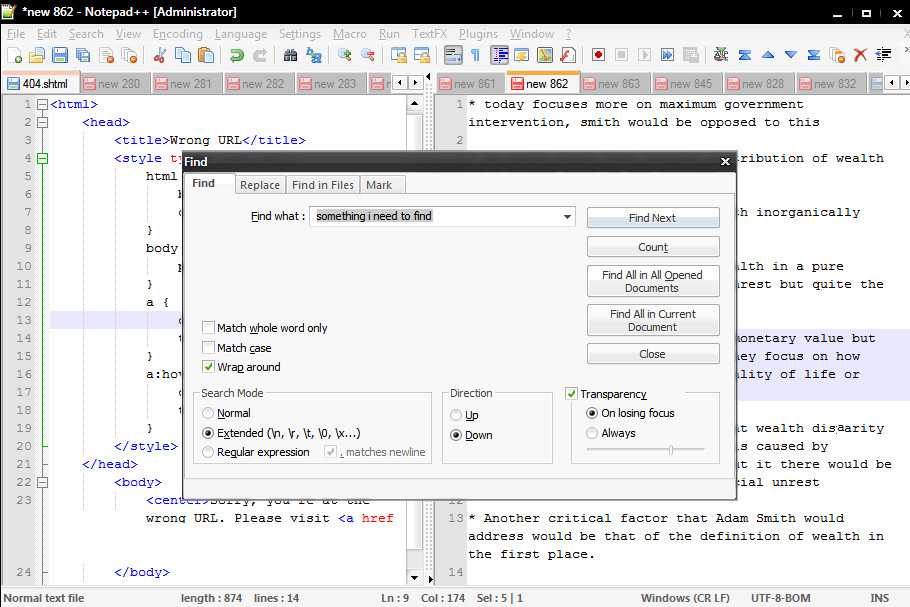 Please note that I just upgraded to the newest version and I saw the "Workspace Sorting" feature. That does NOT work for me, and I have disabled it! Thank goodness I did not upgrade notepadd++ for a few versions, because the developer added the option to disable that feature in version 7.0.

Something I would really love, is to have something which can manage multiple sessions and autosave an unlimited number of files with super easy drag and drop sorting without having to save the files and make a filename.

Basically I don't want to complicate my current workflow with having to do more things (even one or two clicks is too much of a hassle when I do as many things at once as I do), but I would like to be more organized and have a better way of managing new sessions (instances).

Notepad++ will not work this way because you have unsaved files.

When you go to file->Save all, you can save all documents. Find a folder for your temp files, and hold enter to save all files into that folder.

Now you can use menu file->Save session to store that session, and continue to it later.

Either by loading a different session, or by choosing close all, you can stop working with the files.

Unsaved new files will not be stored in sessions. Unsaved existing files will. A session only stores the path to the file.

Not the answer you're looking for? Browse other questions tagged notepad++ file-organization or ask your own question.

6
Open file with existing instance of Notepad++ portable
2
How can I run an unsaved file?
2
Notepad++ new file names
6
How can I make Notepad++ remember all instances of itself from last session?
3
Open file in Notepad++ as a tab without closing launched process
2
Deactivate tabs in Notepad++
1
How to save all unsaved tabs in my notepad++ automatically with some default file names?