Is it safe to use the PSU from a Sun Ultra 40 to build a modern system?

The power supply will not power the system because it lacks connectors required by modern systems. Furthermore, the motherboard will not fit in the machine without modification.

The Sun Ultra 40 workstation (service manual) uses the SSI EEB form factor. The motherboard sits on a tray that has a cutout for the I/O panel, so you'll need to cut the I/O panel protrusion out of the tray after removing the motherboard. Furthermore, the SSI EEB mounting holes are a bit different from the ATX mounting holes; even if you are able to mount an ATX motherboard onto the tray, three of the holes near the processor are different. This limits the system's ability to safely withstand a heavy processor heatsink/fan (HSF) assembly, so you'll need to use a smaller, lighter cooler, which may limit your ability to overclock. 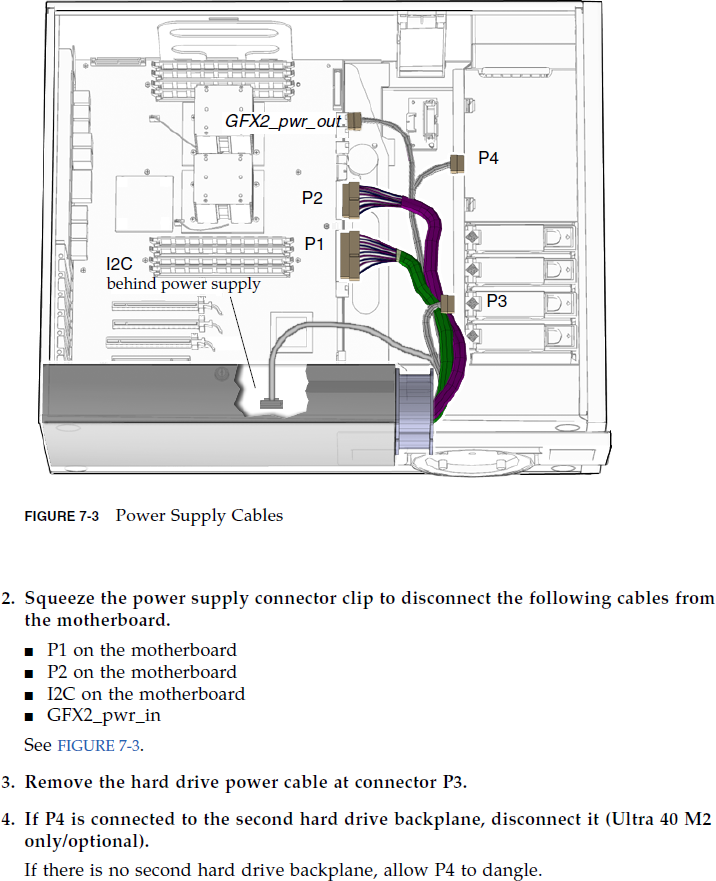 Safe? Maybe. Compatible? Chances are no. The service manual indicates a design with two independant power supply connectors, and a very different layout from what I typically see in a PC. If the pinout is ATX compatible, it'll be fine. I somewhat doubt it though.

The PCI configuration includes two supplementary power cables used for either the NVIDIA Quadro FX4500/5500 or the Quadro FX3450/3500 graphics cards. The connectors appear in FIGURE 5-18 and FIGURE 5-19

Taking into account that it uses SAS drives (which indicate its semi modern) and the motherboard tray isn't standard, If you already have the case do due diligence. You're really going to want to check things like model numbers abd connectors

Some lower end models did take standard parts but chances are this isn't going to be a simple matter of throwing in a standard motherboard and everything just fitting in.

From my own experience with exactly that endeavour (wanting to re-use the attractive Ultra 40 M2 case for a regular PC) I can give you a heads-up, it will work. The supply can deliver about 750 Watts on the 12V rail alone, which is more than sufficient for the system you described. The "ATX-like" plug is actually ATX compatible, and Sun has stuck with the designated ATX colors. The thinner cable is used only for monitoring of fan speeds etc, and the PSU will start up just fine via the green pin power-on pin on the ATX plug However, for the harddrives and GFX extra power, you will need to build adapters yourself, or cut the extra power lead down and attach new plugs. If you have reasonable soldering skills, grab the power leads from an old normal PC power supply and fit it on the Sun ones, with good shrink tubes around the connections. Fitting a regular ATX mainboard is also quite some effort.. you will at least have to Dremel out the area on the back plate where the ATX cover plate will go, and add threaded holes for the mainboard stand-offs, since the original Sun backplate does not have anything near ATX-standard mounting holes. You're looking forward to quite a lot of electrical and mechanical handiwork, but you'll definitely end up with a cool looking PC when you're done.

I found a parts re-seller carrying the PSU for the Sun Ultra 40. While one of the connectors does appear to be a 24 pin ATX plug (the side that's visible matches wire colors and orders); the other connectors coming off it are all proprietary. It doesn't have the 8pin 12v CPU power connector, any molex/sata plugs for peripherals, and has at most 1 six pin GPU power header (there's a 6pin 12v header on a breakout cable, but I can't see if it has the proper keying for a GPU).

At best, you might be able to use a pin extraction kit to dismantle the proprietary connectors and use the wires from them to make the other connectors you would need. However without knowing what the I2C (an embedded control/data standard) connector is being used for, even that's not guaranteed. I'd lean against this being a show-stopper; but if it's used for monitoring/control purposes the PSU might refuse to start with it disconnected.

As a parting comment: Even if you could make it work, it's a 10 year old design meaning it'd be significantly less efficient than a modern PSU, and even your peak load (300-450W) is likely to be somewhat less than the 50% efficiency peak. In idle use it's going to be far worse than a properly sized modern design. And even that's ignoring that with about a decade of use on it, the original PSU that came with the work station is coming up on its own end of life. 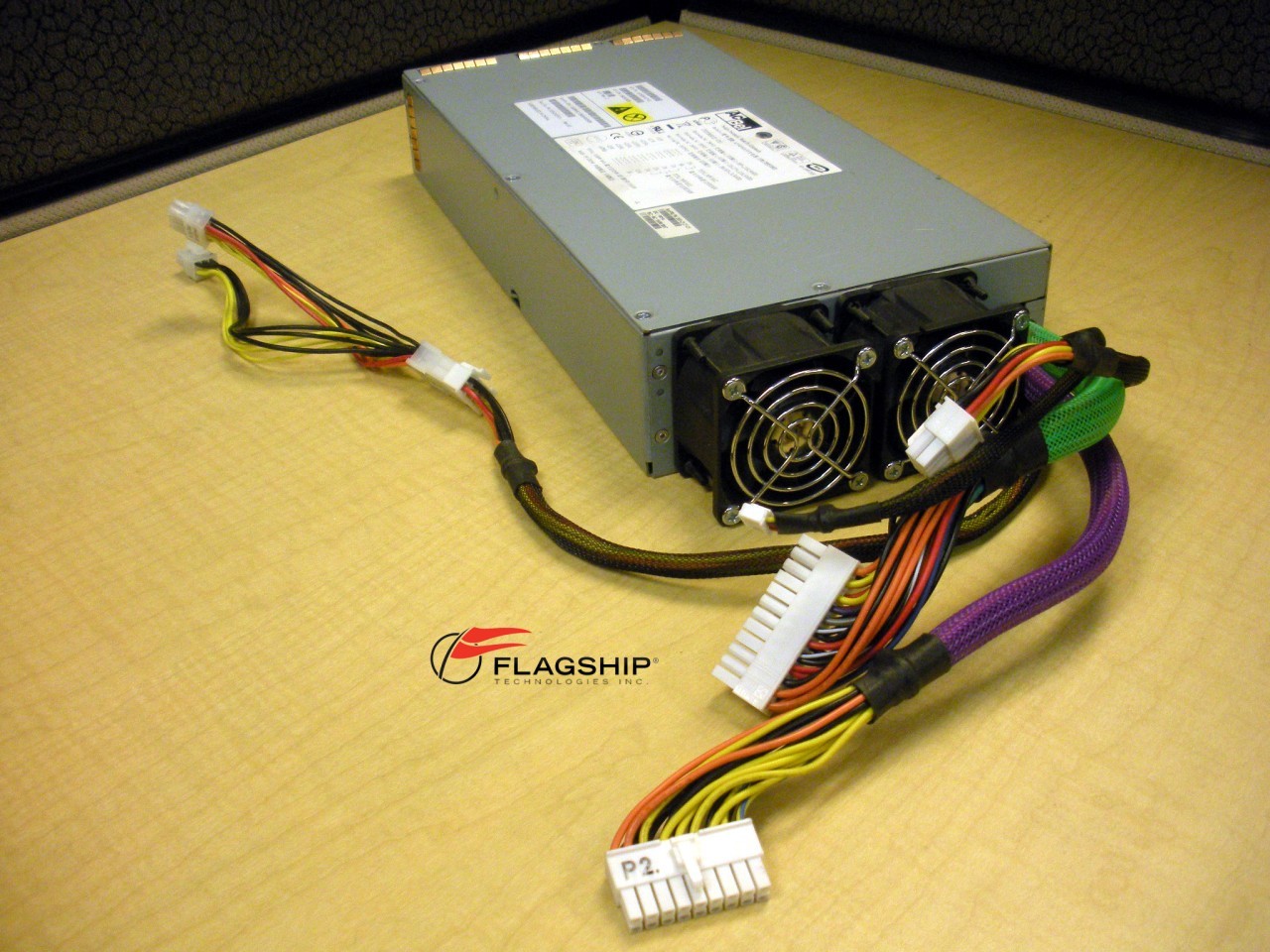 WooShell's post is correct. I am currently using a Sun Ultra 45 case and power supply with a MSI 9661 dual quad core Opteron board. The power supply indeed has a normal 24 pin ATX plug plus a proprietary 18 pin plug which provides seven 12v power on the top pins + two 3.3v. All the lower pins are ground. I found this out by attaching a mini itx board that doesn't require a 12v power connector, booting it and measuring the voltages on the plug. I've managed to plug in a 12v 4 to 8pin cpu power connector (takes a bit of effort). I've decided to dispense with the Ultra 40 board and tray and list it on E-Bay and simply drill and tap the bottom plate to accept 10mm standoffs. I will make a new backplate from aluminium as its easier, and attach it to the rear case opening.

Yes, it is safe. You will only draw as much power as needed. The 1000W is the max the power supply can provide.

Not the answer you're looking for? Browse other questions tagged power-supply compatibility or ask your own question.

9
Under what conditions will a group-regulated PSU damage a modern computer?

24
Does a power supply draw only as much power as it needs?
2
Would an underpowered power supply cause lockups?
0
Built a new PC. Not sure what is breaking what
0
Should I buy a higher-output power supply if I don't play game at all?
1
Can I use two different PSU cables from the same brand?
1
Preventing the power supply (PSU) from blowing the motherboard or vice versa
0
A bit unsure how to hook my power supply up to my video card
0
Can too high of a wattage on a (cheap) power supply cause a GPU to burn?
0
Can I use a seperate power supply for a graphics card?