How to generate a pure white background video with ffmpeg?

I want to create with ffmpeg a pure white video to use it as background. I mean a video that, played in a computer, you see as white. (In the examples I will pipe the output to ffplay so you don't need to delete the video later.)

This is a small rectangle of the output against superuser page (which in my browser shows as white). 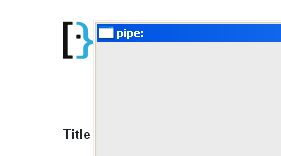 Looking for an answer, I came to this question. The explanation is provided by Mulvya:

But I found no player that show it as white. I tried with ffplay, MPC-HC and VLC both piping and creating an intermediate file.

With images as in the question, the solution seems to be adding the -format rgb32 option. But I get the same result with

The -pixel_formatoption doesn't work either.

So... how do you create a pure white background video with ffmpeg?

As detailed in the comments, converting to a RGB format provides a full-range output.

For other readers, I should note that I get a pure white display when running the OP's original command. I can't diagnose what's happening on OP's setup but there should be no special steps needed to generate a pure white output from ffmpeg other than color=white.

Not the answer you're looking for? Browse other questions tagged video ffmpeg rgb or ask your own question.

11
accurate cutting of video (+ audio) with ffmpeg
0
Display subtitles only on a black video background
0
Command to create video from images with background video and audio
1
Noisy ffmpeg video slideshow from images with looseless sound
2
How can you test a video with alpha channel before merging it with another video?
0
Convert MOV Video File Encoded as `qtrle` in Windows Using FFMPEG
0
Video creation with ffmpeg: video gets created but not playable
2
FFMpeg Video Overlay with Delayed Audio and Video in Background Video
1
How to Extract Video & Audio from a Corrupt File with Codec Id Mismatch (wrong track type)?