I have found some similar questions but they have not helped me thus far.

The problem I have is that I have 8gb ram (2x4gb modules) and about two thirds of the time only the 4gb are usalbe, and on one third I have 8gb usable.

My question is where is the problem originating from because I was considering buying 2x8gb memory, but not knowing what the issue is I might have the same/similar problem again.

So I am looking at either fixing the issue or ruling out some cases so I can decide to spend the money to get new memory.

Things I tried but have not made a consistent difference

It seems that because this is a new account I can only have one screenshot, so I include what speccy shows when only half the memory is usable.

4gb usable out of 8gb installed

The 'system' in control panel reports: 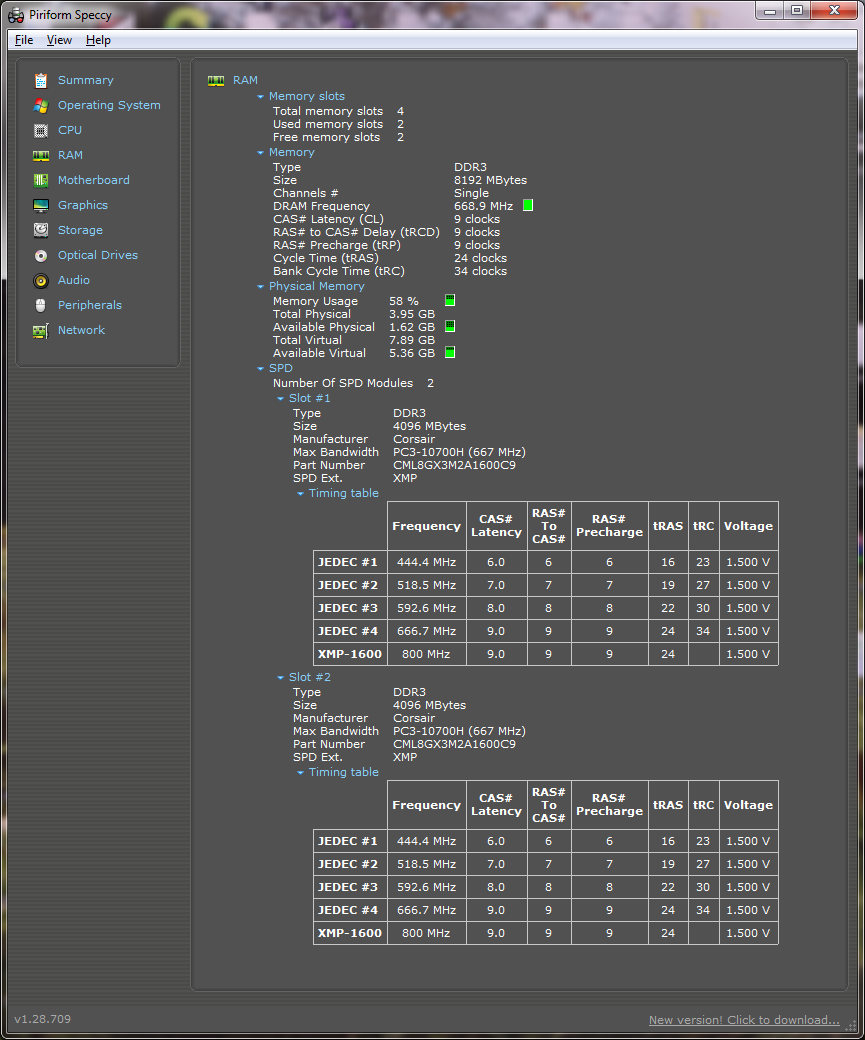 Seems to be a hardware issue.

I would recommend re-seating both RAM modules and CPU, but after removing and before putting them back together clean the sockets with compressed air. Dust particles can conduct current.

Since you can see both memory modules some of the time I'd pay more attention to CPU.

If that doesn't help, it might be that either one of RAM modules or MB are faulty.

Not the answer you're looking for? Browse other questions tagged windows-7 memory 64-bit or ask your own question.

15
Installed memory 4GB but only 1.93 GB is usable shows in system properties dialog?
0
How do I figure out the difference between these 2 options of RAM?
1
SuperMicro x8sie-ln4f motherboard not using full memory
1
Windows 7 - Installed memory not available in Windows
3
Can I mix an 8GB chip with a 4GB chip and still get dual channeling?
1
How much RAM can my laptop really support?
0
What is the right memory module configuration for my system?