How to mount an Android smartphone as a drive in Windows?

So some smartphones are mounted as.. I don't even know how to call it.. a device, see the screenshot below. The problem is this is no drive, so I can't go there in cmd (can I?) and do other stuff.

(particularly now I'd like to recover some files that were lost when I cut them on the smartphone, navigated to another folder on my PC and pasted there; I encounter this bug for the second time, although failed to make it reproducible; again, Recuva doesn't recognize the device, see the second screenshot)

My question is: can I mount such device as a drive? What is this situation and why some devices are mounted as drives while others are not?

(I've tried also to enable USB-debugging mode on the smartphone, but that didn't help, although when enabled, safe ejection is required) 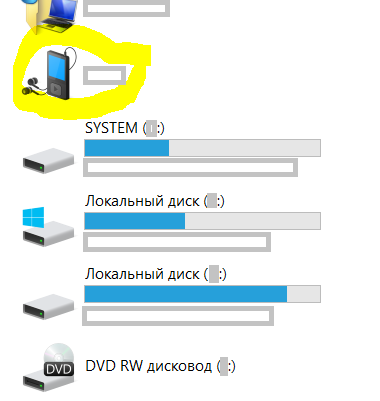 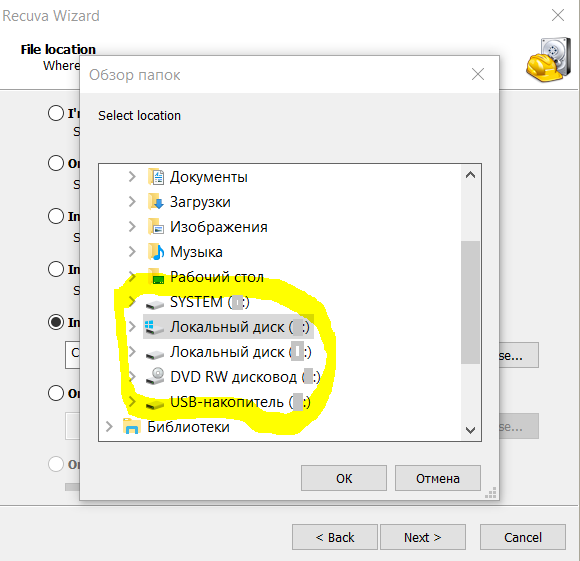 PS for those interested, currently I use WebDAV server app for some operations like OscarAkaElvis suggested, but for now, it has the following drawbacks:

PPS for certain purposes like autobackuping, syncing via SyncThing is a good substitution of mounting.

Historically Android phones did support two major protocols when presenting themselves to USB hosts: (1) Mass storage class (MSC), and (2) MTP/PTP device (media transfer protocol, with camera capabilities). The USB mode was user-selectable in the settings menu. Since the Mass Storage provides almost direct access to phone file directories (as from CMD), there were many cases of phone bricking (corruption). As a result, newer phones do not offer the MSC configuration mode, only MTP/PTP. So the answer to your question is "you can't", unless your particular Android phone does have the MSC/MTP switch.

Here is some answer from Photography stackexchange.

If you want to have a drive with letter you should install some software. Look at this

I guess you know how to perform single copy operations on files in windows but I'll detail the process for you just in case:

After plugin it, usually it needs another interaction more to be done in phone's side. You can drop down the push events and select there to mount your phone as a drive (MTP/PTP), you can select also only to charge power on phone.

It depends of your android version. Here are a couple of images of what I'm talking about: 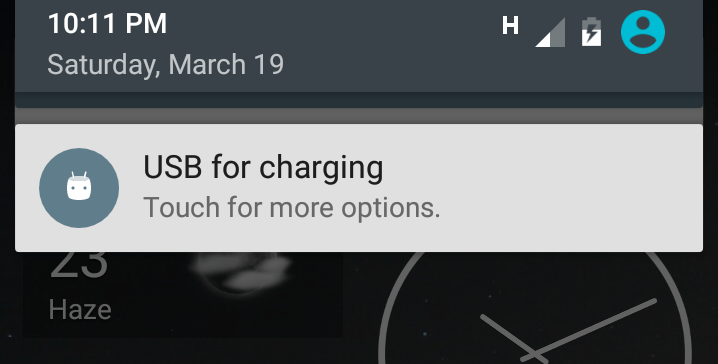 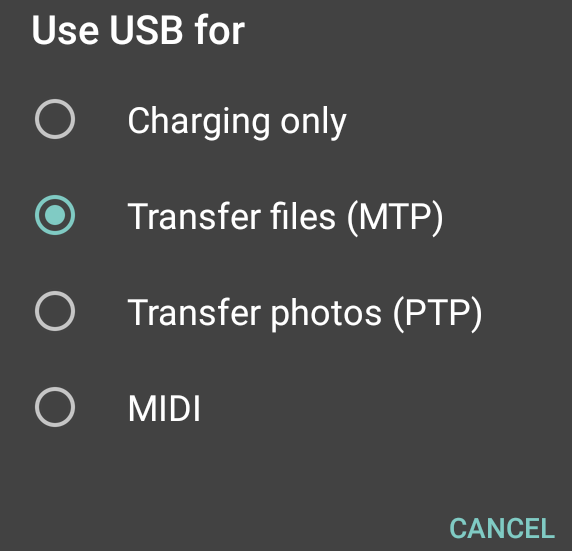 Install a webdav server on your 'phone. The webdav server delivers the data in a given storage partition on your phone to a specific TCP/IP address. On your Windows PC you can then open this IP Address and link a drive letter to it.

Use FAR Manager and install the PortaDev plugin into it. Then you'll see the storages from the phone as drives in FAR Manager, even if they still don't have drive letters.

0
How to make mtp devices resemble hard drive?
6
Is there a way to use an Android mobile phone for "isolated storage"

7
How do I retrieve basic information about an afs mounted filesystem
1
Is there any drawback for having one large (e.g. 512 GB) hard drive partition for Windows 10 instead of having two smaller ones?
18
Windows 10 + WebDAV: Mutual authentication failed: The server's password is out of date at the domain controller
2
Android can read my MicrosSD card but Windows cannot
1
Dell Windows 10 computer recovery boots with X: drive but no C: drive or user data
2
Recover formatted virtual drive with filesystem changed
1
Drive can't be ejected the first time, despite "Quick removal" being enabled
0
My Google Drive keeps going offline when I upload or download