Just assembled my first computer and when I try to turn it on the gpu just blinks a red light for a second on the GIGABYTE led display and nothing happens.

My psu has a voltage selector and I'm almost certain that I chose the correct one (my house has 110v and the selector is at 115v).

I double checked the case buttons connectors and they are in their places .

I also have a thermaltake fan controller connected directly to the psu and it does not turn on either.

Here is a photo of the computer (sorry for the bad cable management, this is my first computer assembled): 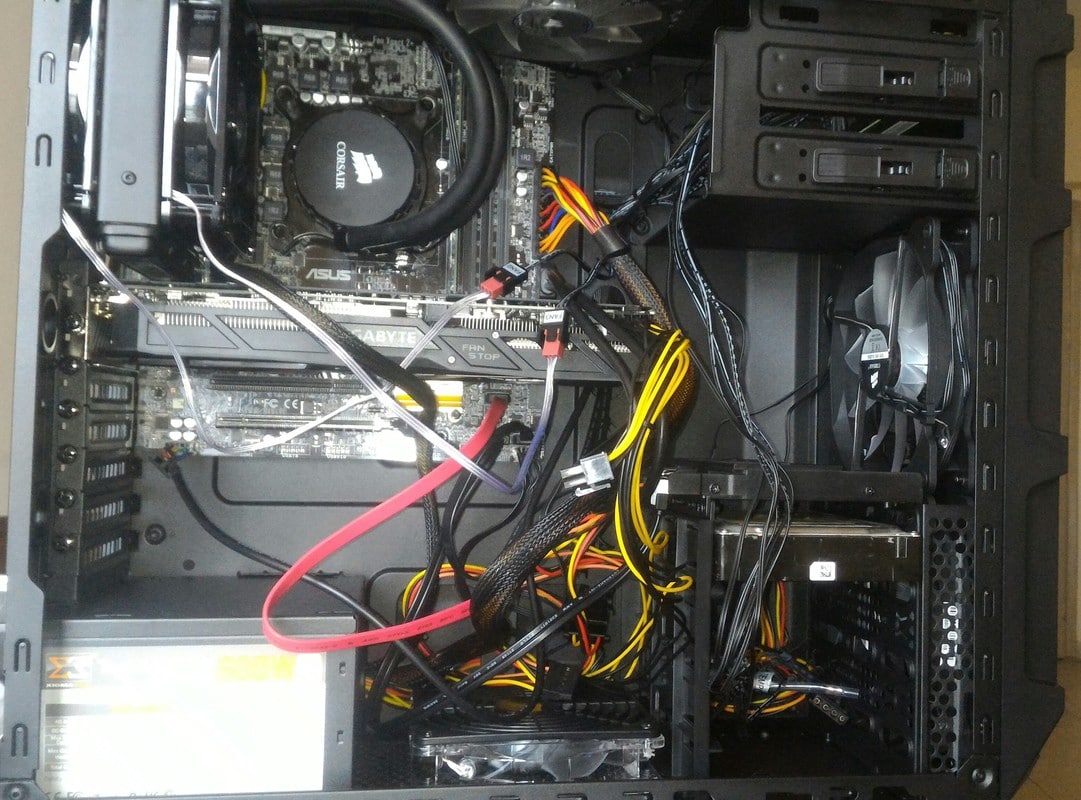 Here is the motherboard without the gpu and second push fan on radiator: 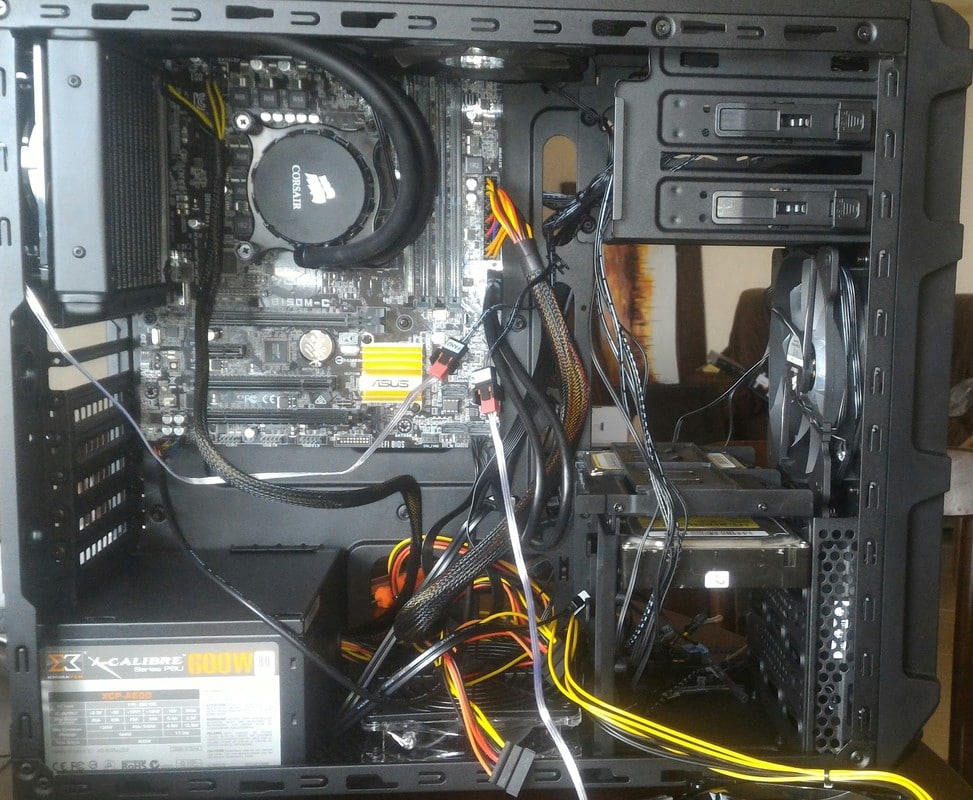 The ATX cable is connected to the motherboard behind the radiator in the top left of the image.

PS: I tried to turn it on without the PCI-E cable connected to the GPU and it still blinks red and turn off PS2: Just made the paper clip test on the psu and it doesn't start the fan. It may be the source of the problem, but why my GPU flashed red before?

I'm open to suggestions and I can perform tests.

EDIT: The solution was reinserting all motherboard psu connectors and RAM and forcing them a little more inside. Thanks for everyone that helped!

The solution was to remove all cpu connectors from the PSU and the RAM and reinsert them all as Andrew Li suggested in the comments. To be sure that they were all connected, I waited for a click sound.

Thanks for everyone that helped.

Not the answer you're looking for? Browse other questions tagged motherboard power-supply hardware-failure gpu or ask your own question.

1
When I turn my built computer on, it immediately shuts off
1
Computer won't start, just blinks on and off
4
System won't boot: Gigabyte HD 7790 1GB OC GPU issue or Corsair VS550 PSU issue?
1
Just built a new computer. Power will not turn on – clicks once, then nothing
0
PC won't boot unless I leave it connected to power for some time and then turn it on
0
Connecting PCIE connectors to gigabyte gtx 770 2gb windforce