External monitor is washed out with Intel HD Graphics

I recently bought a Dell XPS 15 with an Intel HD Graphics 530 installed. 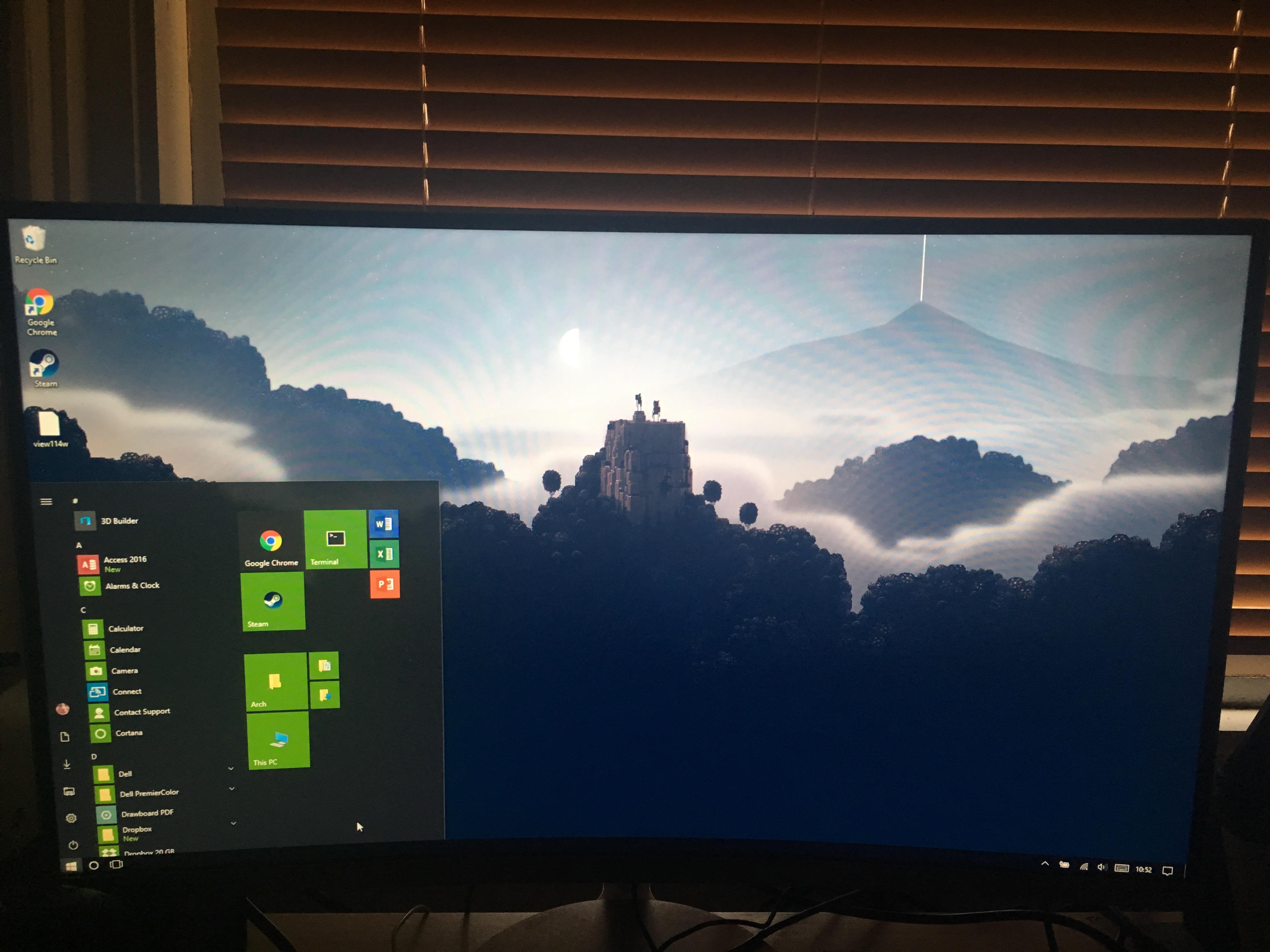 And this is what my monitor looks like when I say it is: 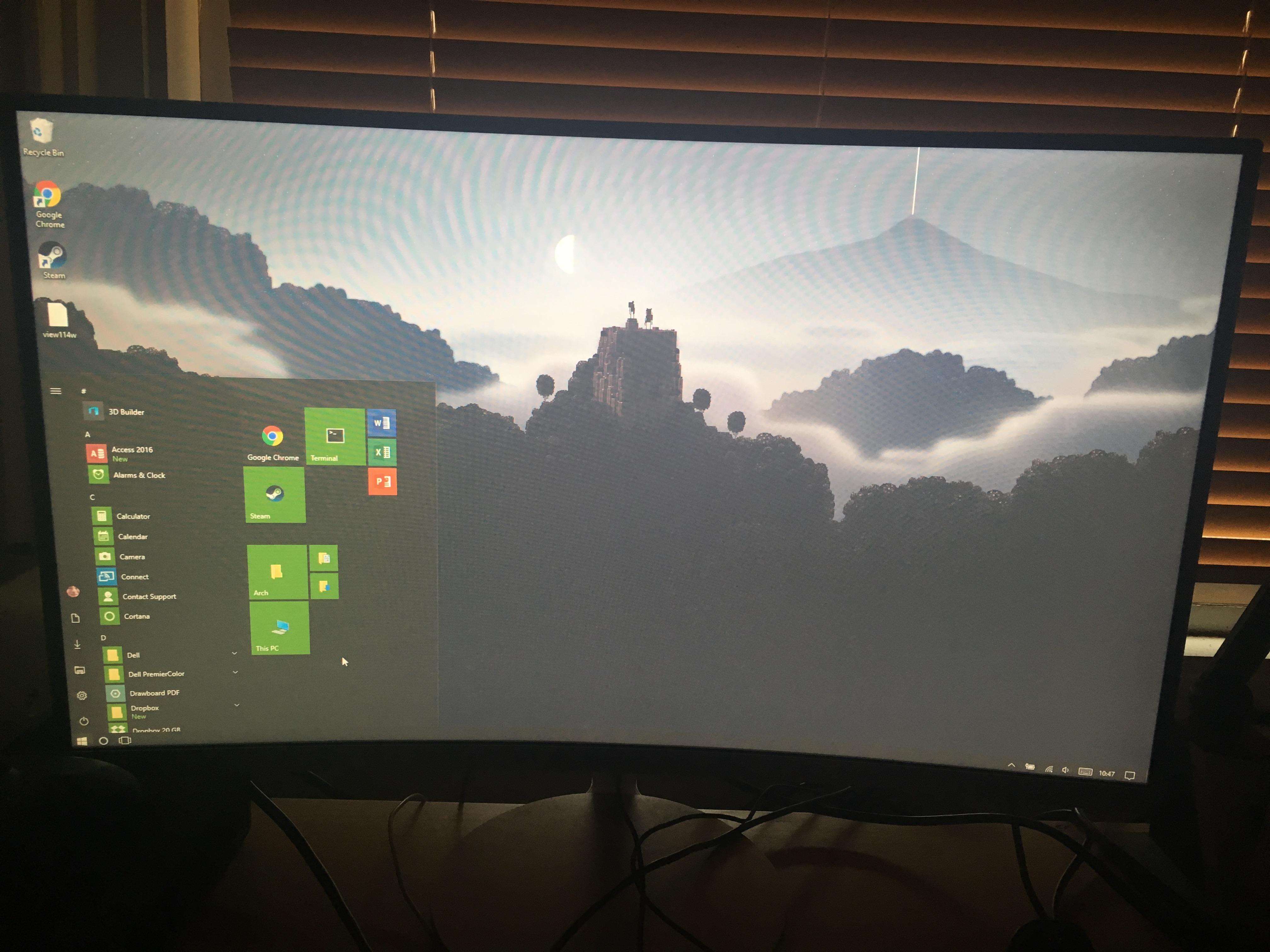 So this problem seems to be occurring whenever I right click on my desktop, and select Graphics Options > Output To and then select my secondary display. However, the problem first occurred if I had an HDMI cable plugged in before I had unlocked the laptop.

A peculiar thing I noticed as well is if I select 'Second screen only' from the Windows 10 project menu, the monitor will sometimes not appear washed out, however if I select it from the Intel HD Graphics menu, then it will appear washed out as long as the laptop booted up with the drivers already installed.

A couple other symptoms I noticed since trying to update the graphics driver are black right-angle triangles seem to appear on pop-up menus, but only on the secondary display. Also, the desktop background will go black and I will only be able to select colors from the personalize menu, not an image.

Does anyone have any idea what is going on and how I could fix this?

This is what worked in my case. My monitor was being incorrectly detected as a HDTV with limited range and adding a custom resolution with "CVT-RB" timing fixed it.

You can add a custom resolution either in Intel HD Control panel > Display > Advanced > Add custom resolution or, in case you have newer drivers, you need to run CustomModeApp.exe manually (via Win+R), which is the same utility.

There you can add your custom resolution. When it asks if you'd like to overwrite the existing one, click yes. This should force the full RGB range and fix the washed out colors. 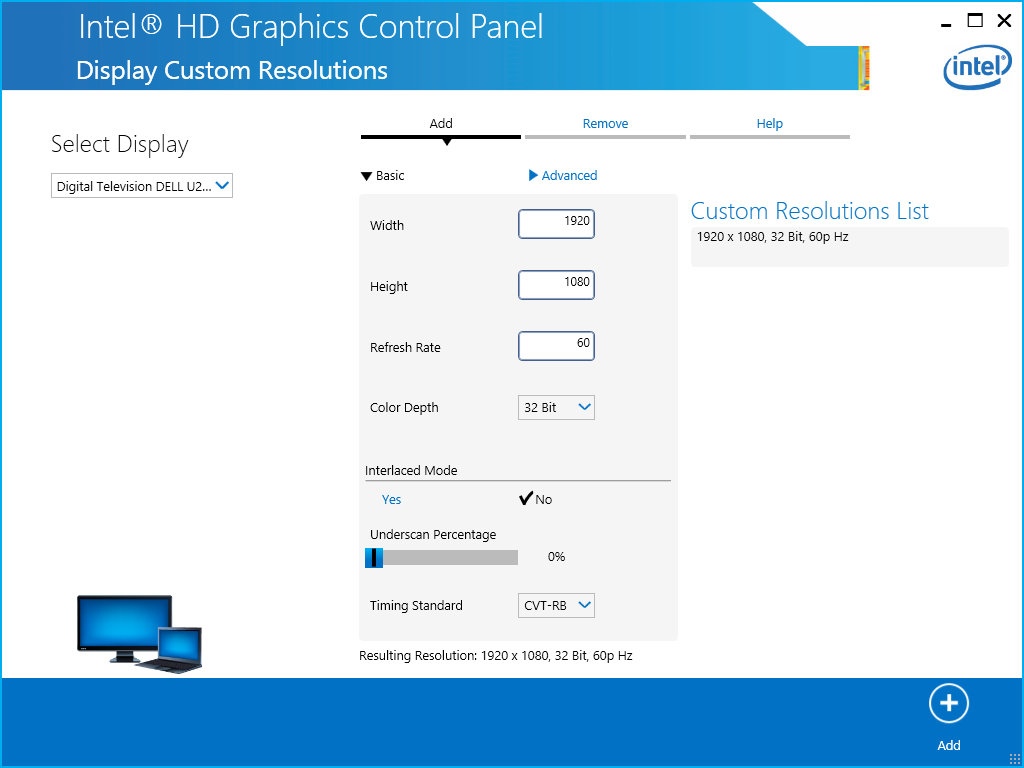 This is what you'd use for a standard FullHD monitor. Again, be sure to select CVT-RB.

How To Geek may have the answer! Essentially HDMI sometimes defaults to RGB Limited. You need to go into your graphics card control panel and change it to RGB Full. On Intel cards it's at the bottom of the General tab according to HTG's instructions.

However to get the installer to run I had to run it in Troubleshoot Compatability mode and run the installer using Windows 8 drivers as Intel hadn't upgraded to Windows 10 correctly.

This is what worked for me. I think it might be the same root solution as @blade mentioned but with the new control panel. Intel HD Graphics Control Panel > Display > Quantization Range > Select Full Range.

Mine was previously set to 'Default Range' which gave the same result as Low Range. After selecting Full Range and then clicking Default Range, the problem did not reoccur, so I think the problem is that the default range is being incorrectly detected initially. 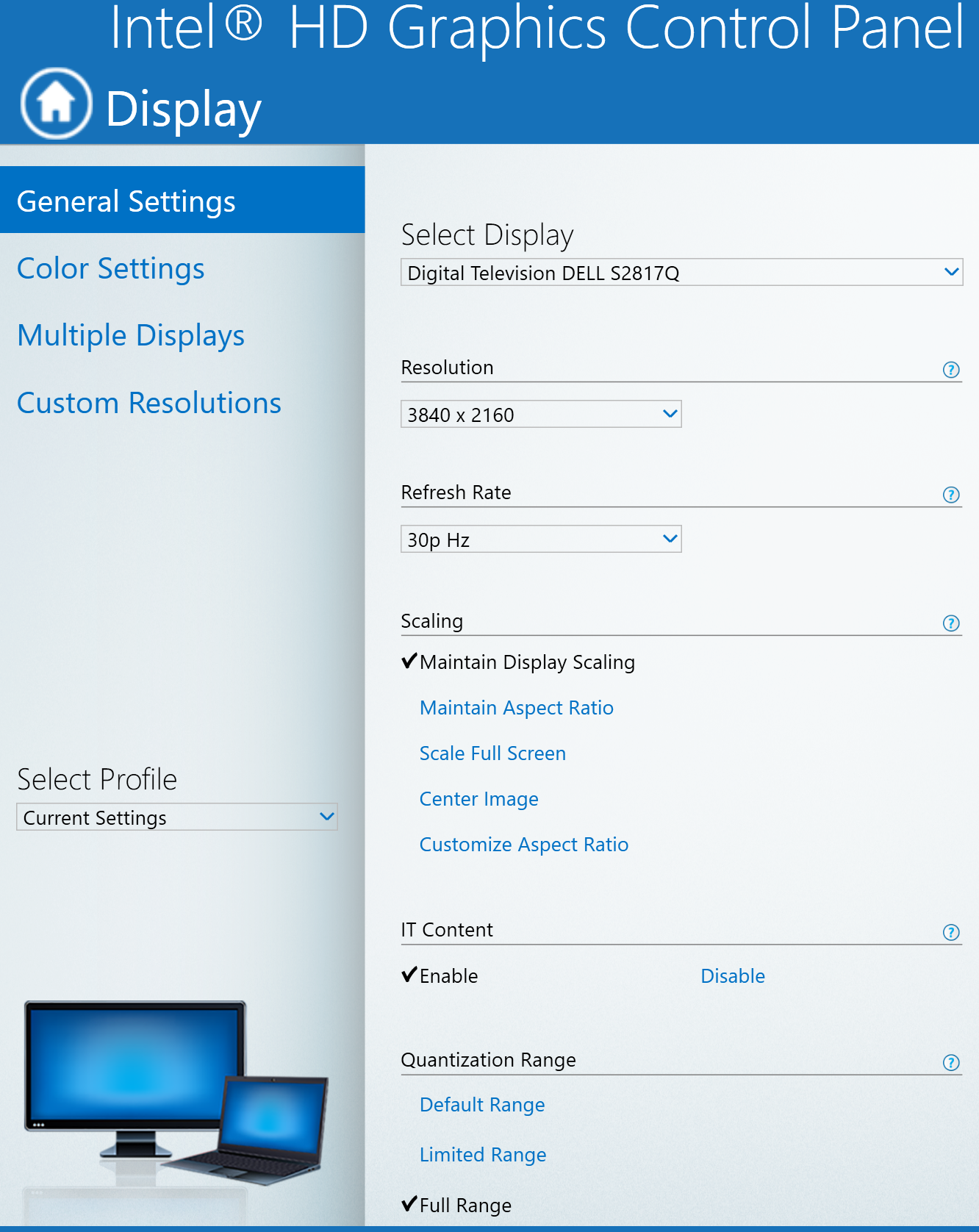 Not the answer you're looking for? Browse other questions tagged windows-10 graphics-card external-display intel-graphics dell-xps or ask your own question.