So, I'm trying to do the eGPU thing. I'm running Windows 10 (freshly installed, literally 15 minutes ago, no changes whatsoever) on a 2016 MacBook Pro (15", the one with two full PCIe busses over four Thunderbolt 3 ports).

I've connected an NVIDIA GeForce GTX 1080 over Thunderbolt 3, using the Razer Core eGPU enclosure. Unfortunately, I'm getting the dreaded “Code 12” error: “This device cannot find enough free resources that it can use.” 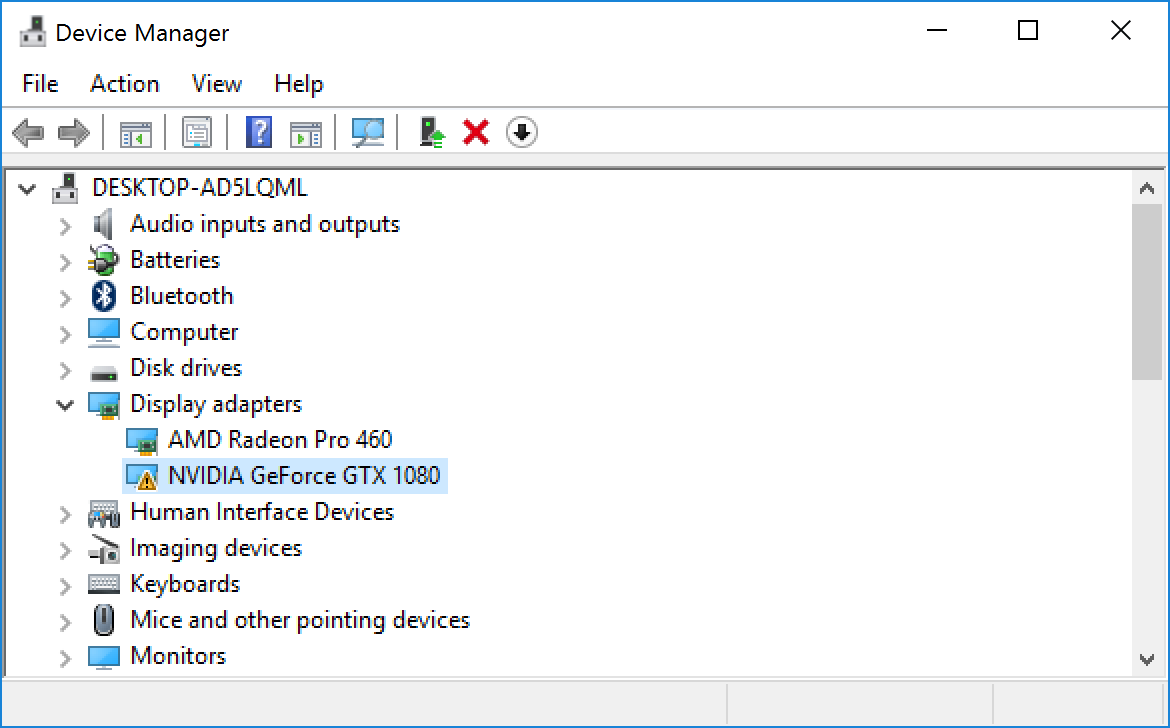 I've seen some advice to manually assign ‘code-12’ devices a new IRQ; but under the Device Manager, it doesn't even seem to have an IRQ number; nor does it show up with a address-mapping range under “I/O” devices. 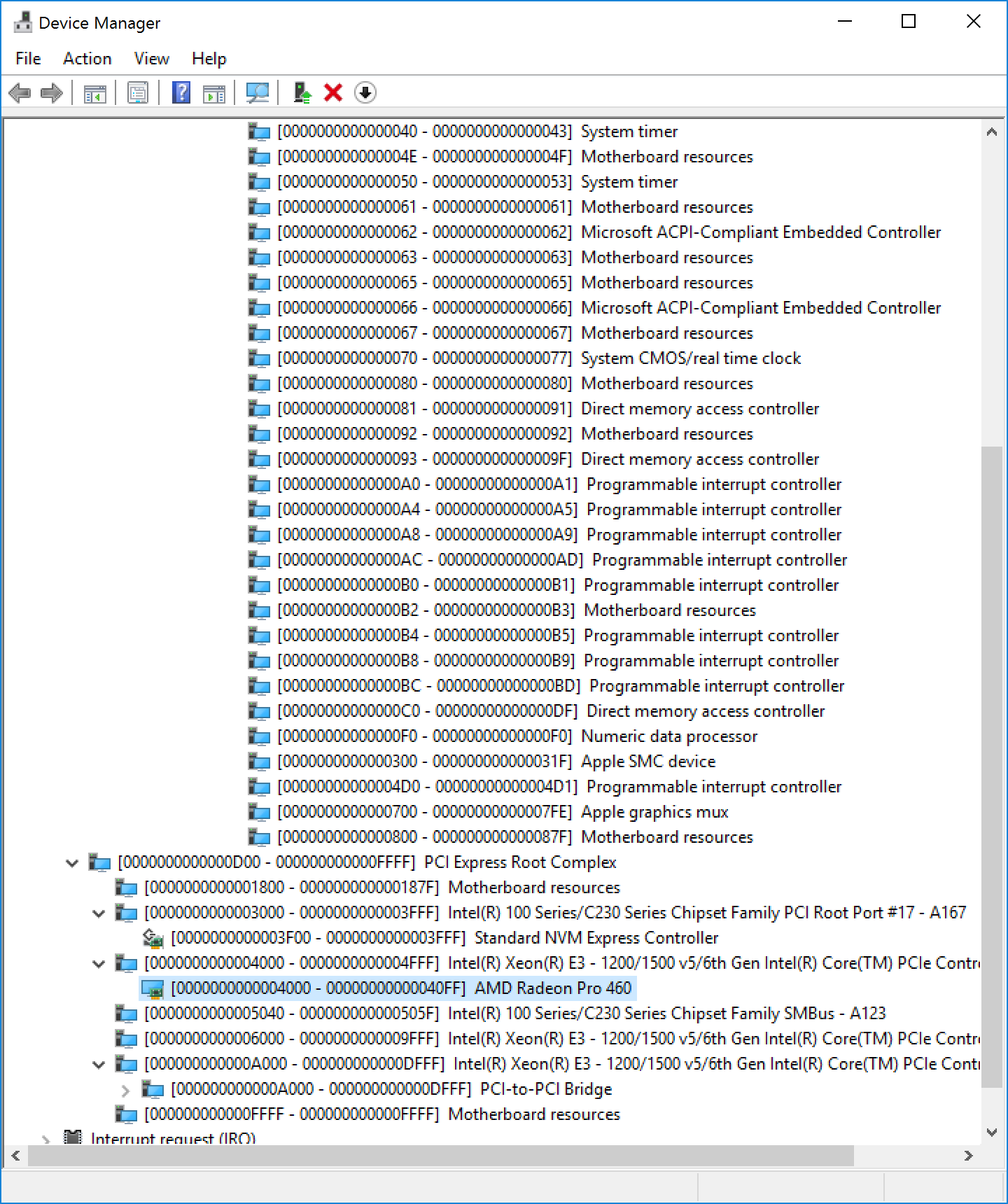 Other things suggest downgrading the BIOS (?!); but this is a Mac. It doesn't even have a BIOS, just BIOS emulation — definitely nothing I can dive into and toggle memory-allocation settings, right?

Had the same resource shortfall on an XPS 13 9350 with a Razer Core V1 & an R9 Fury, ended up using Action -> Devices by devices by connection in Device Manager with the GPU selected and working my way up the PCIe device tree, running Action -> Uninstall device + Action -> Scan for hardware changes for each node. Eventually for one of those device nodes the uninstall + scan got the GPU working.

Not the answer you're looking for? Browse other questions tagged windows graphics-card pci-express thunderbolt enclosures or ask your own question.

0
Radeon PCI card in Windows 7
0
Could Thunderbolt be added to an Existing Motorboard using a new PCI-Express Card?
1
Does the thunderbolt port on my Asus motherboard utilise my graphics cards?
1
Graphics card pci-e slots for R9-280X
2
Why is my old Nvidia card failing to start?
3
eGPU Connected Through Wifi Card Mini PCIe?
0
PCIE to USB/Thunderbolt for Graphics Card
0
Can't a mother board with thunderbolt 3 do what an external GPU enclosure does
2
Linux will not recognize Thunderbolt 3 (Titan Ridge) card on Supermicro motherboard