Why Selenium IDE is not officially supported in Google Chrome

I wonder why Selenium IDE is not officially supported in Google Chrome even though Google is one of the active contributors to the Selenium project. Does anyone know why?

I wonder why Selenium IDE is not officially supported in Google Chrome?

This is because the Selenium IDE is a Firefox Extension. Chrome does not support Firefox extensions.

Selenium IDE is an integrated development environment for Selenium scripts. It is implemented as a Firefox extension.

What can I use instead with Chrome?

There are similar Chrome tools (I've not used any of these personally):

Unfortunately the Selenium IDE does just not exist for Chrome. Luckily there is a very good alternative: We suggest you to try FRET as an alternative to the Selenium IDE. It uses the same Syntax as the Selenium IDE, but is web based and runs the tests on machines that belong to the tool which you cannot see. You will only see the test results. The good thing is, that you will also be able to run your tests on Chrome.

WebDriver is an open source tool for automated testing of webapps across many browsers. It provides capabilities for navigating to web pages, user input, JavaScript execution, and more. ChromeDriver is a standalone server which implements WebDriver's wire protocol for Chromium. ChromeDriver is available for Chrome on Android and Chrome on Desktop (Mac, Linux, Windows and ChromeOS).

Even though Selenium IDE is not supported officially, there is a Selenium IDE for Chrome available in the Chrome store:

Record and replay web macros with this free and open-source Chrome extension for web browser automation. The extension is an easy to use web macro recorder for web developers, web testers and especially for general web automation and form filling... supports the most commonly used "Selenese" commands of the Firefox Selenium IDE.

Update: It seems that some nice people are trying to port Selenium IDE to Web Extension platform (which is supposed to work across Chrome, Firefox, and Edge).

Thank you for installing our Automation Recorder, this Chrome extension was the champion project of Katalon Studio Hackathon contest. Katalon Automation Recorder was developed to support users who no longer be able to record and playback automation tests using the obsolete Selenium IDE or users of popular open source frameworks looking for a handy recorder. The extension is compatible with Chrome browser and we are waiting for Firefox approval, which should be available for install very soon.

The extension can be used as a recording utility for users to quickly convert manual test case into different languages and imported into preferred IDE for advanced conditions, dynamic validation or to be executed with external data sources. 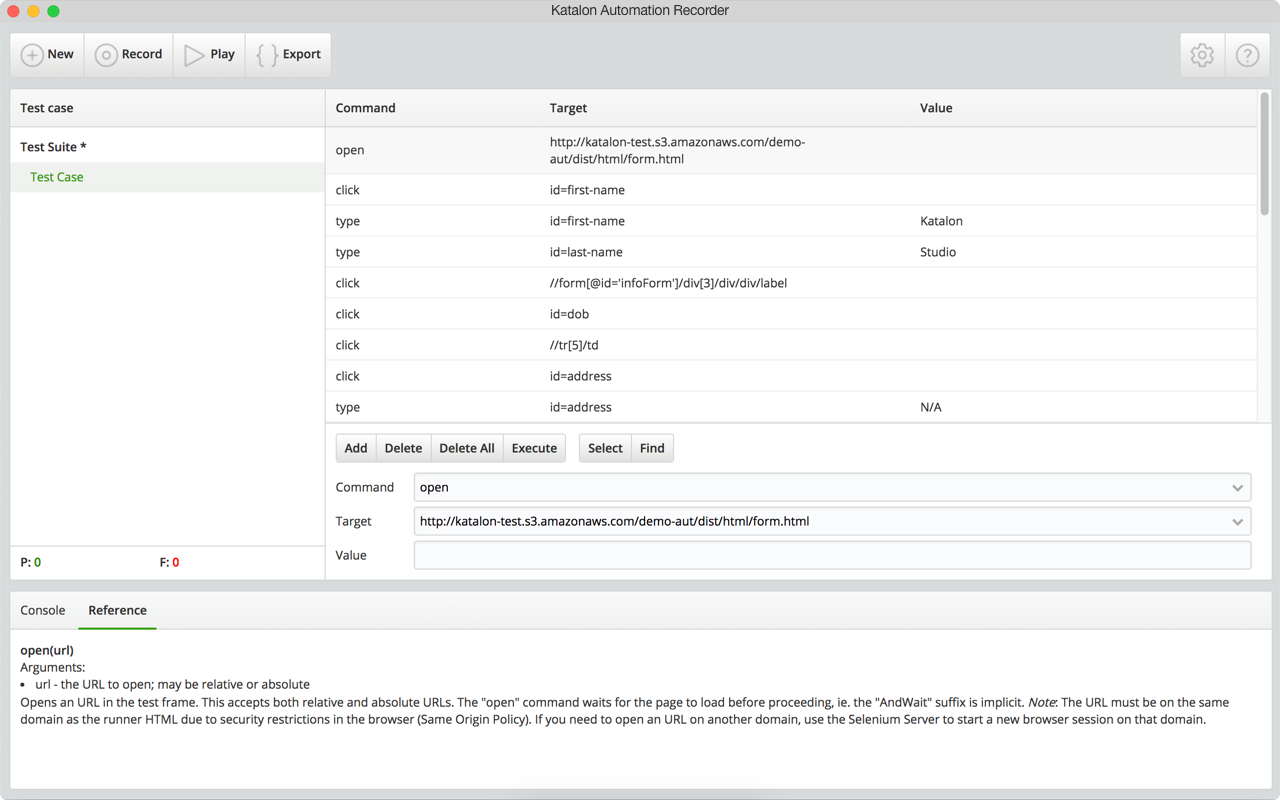 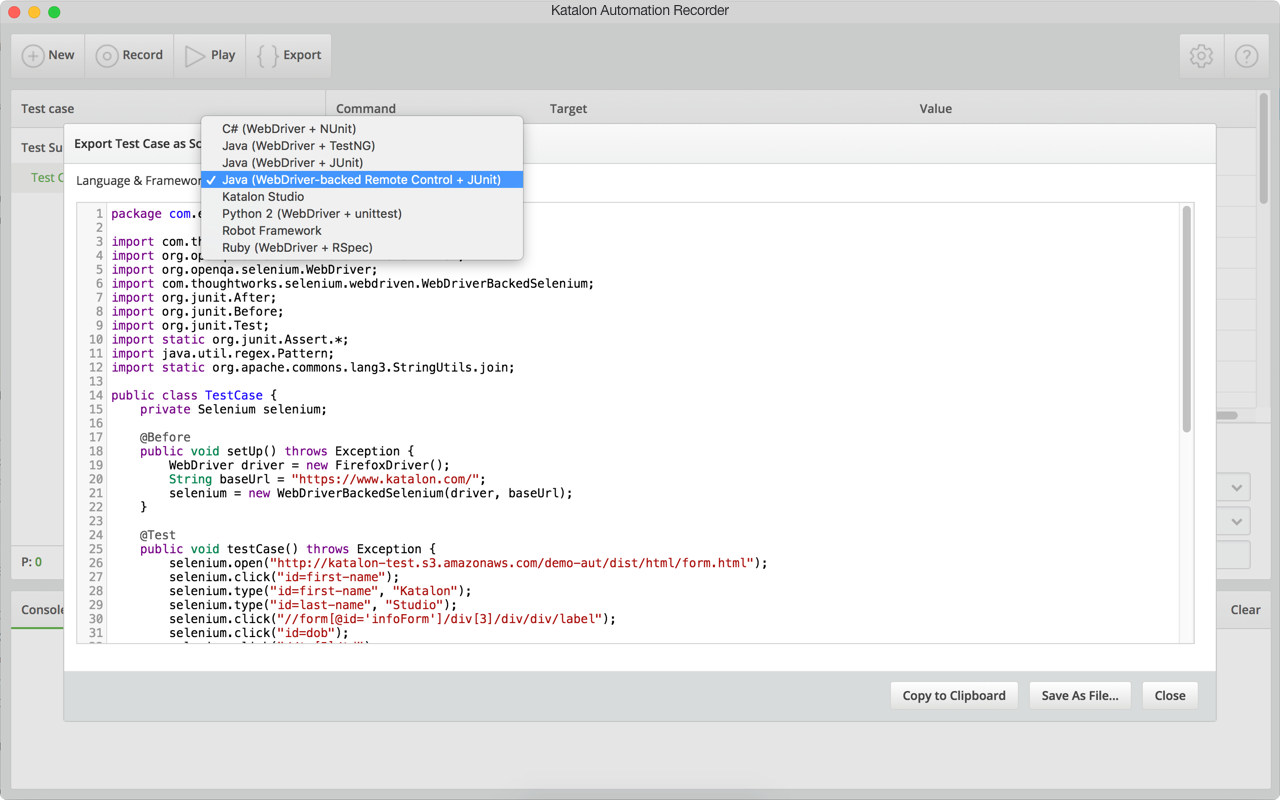 Other answers mentioned Selenium IDE is a Firefox extension but did not explain why there is no port for Chrome until now.

Check out this excellent article by Brian Anderson.

In order to further increase the speed in creating test cases, Shinya Kasatani of Japan created Selenium IDE, a Firefox extension providing an easy-to-use interface for developing automated tests. Selenium IDE has a recording feature, which captures user actions as they are performed and then exports them as a reusable script in one of many programming languages that can be later executed. Selenium IDE was simply intended as a rapid prototyping tool. He donated Selenium IDE to the Selenium Project in 2006.

As stated by the Selenium team, the Selenium developers always encourage best practices in test automation that requires some amount of programming, with one of the many supported programming languages.

The first reason is that it was a donated project. The second one is that Selenium IDE was simply intended as a rapid prototyping tool, and Selenium developers always encourage best practices in test automation that requires some amount of programming, with one of the many supported programming languages.

Not only Chrome when it was a bad news for the tester community since Selenium IDE no long works from Firefox 55 onwards.

Even though Selenium IDE is not supported officially, there's a workaround.

You can actually run tests from Selenium IDE in Chrome, with WebDriver Playback. This only provides you with part of the functionality, but it’s better than nothing:)

Not the answer you're looking for? Browse other questions tagged google-chrome ide selenium or ask your own question.