When starting the task manually from within the task scheduler, everything is executed as intended.

When leaving the computer in hibernation mode, the task scheduler wakes the computer at the specified time, but apparently the command file (.cmd) ist not executed at all. No log file ist created, no file is copied, and the computer is not shut down. The task is marked as "successfully completed with the return code 2147942401" which is hex 0x80070001. This error code seems to indicate an "illegal function", but I have no clue what that might be, especially since the task runs fine when started manually, as said.

Here's an overview of the task settings (translated from German, but it should be clear):

I have another task doing a backup with exactly the same setting which is running fine (wakes up, runs a script, then shuts down computer).

Actually, no. However, I have used the simplest task scheduler settings and now it works.

Now it's running every day at the specified time for months.

For me, the task would sometimes work and sometimes wouldn't. According to the Scheduled Task History, when failing, it would appear as if it's been running for about 40 seconds, doing nothing, and completing action "C:\windows\SYSTEM32\cmd.exe" with return code 2147942401.

Ultimately, I considered adding a delay on the scheduled task and looked for configuring my task like a delayed service—services can either be "Automatic" or "Automatic (Delayed Start)". For "At startup" scheduled tasks, it's the trigger that have individual properties of its own, including the capability to add a delay: 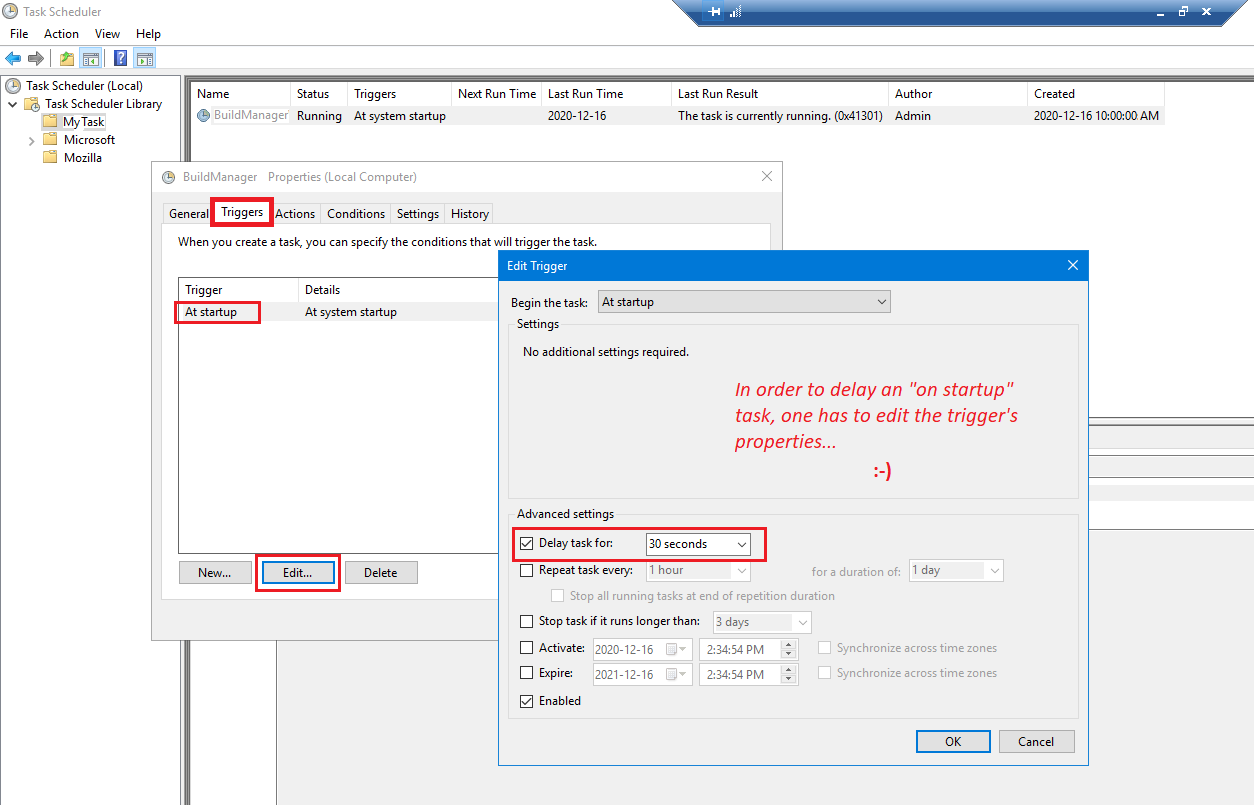 I believe my scheduled task was sometimes being started a few milliseconds too early and some OS service or functionality was not yet available or allowed. Simply adding a small delay on the trigger fixed the problem.

Not the answer you're looking for? Browse other questions tagged windows-10 scheduled-tasks or ask your own question.