Can a VGA monitor be used with a DVI/HDMI graphics card?

I have Acer V193HQV monitor which has a 15-pin VGA male input as shown in the image below: 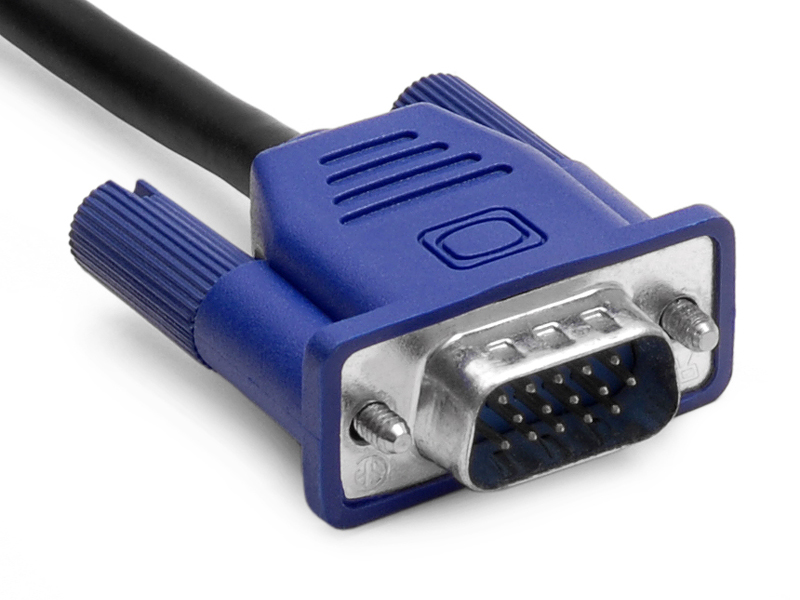 I just bought a Zotac Geforce GTX 1050 card. It has the following output ports: 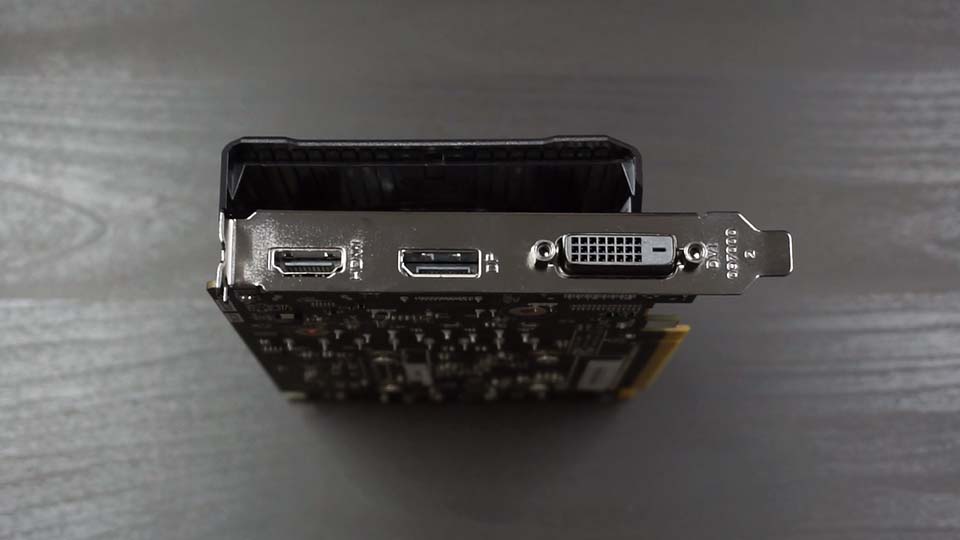 I've heard about VGA to DVI/HDMI converters but have also seen people complain that most adapters don't work. I've very little knowledge about this VGA/HDMI/DIV modes.

Would it be better to go for VGA to DVI adapter or VGA to HDMI one?

I borrowed a converter from my office to try it out. It worked. Not sure if it's an active adapter or a passive one. Is it possible to tell just by looking at it? 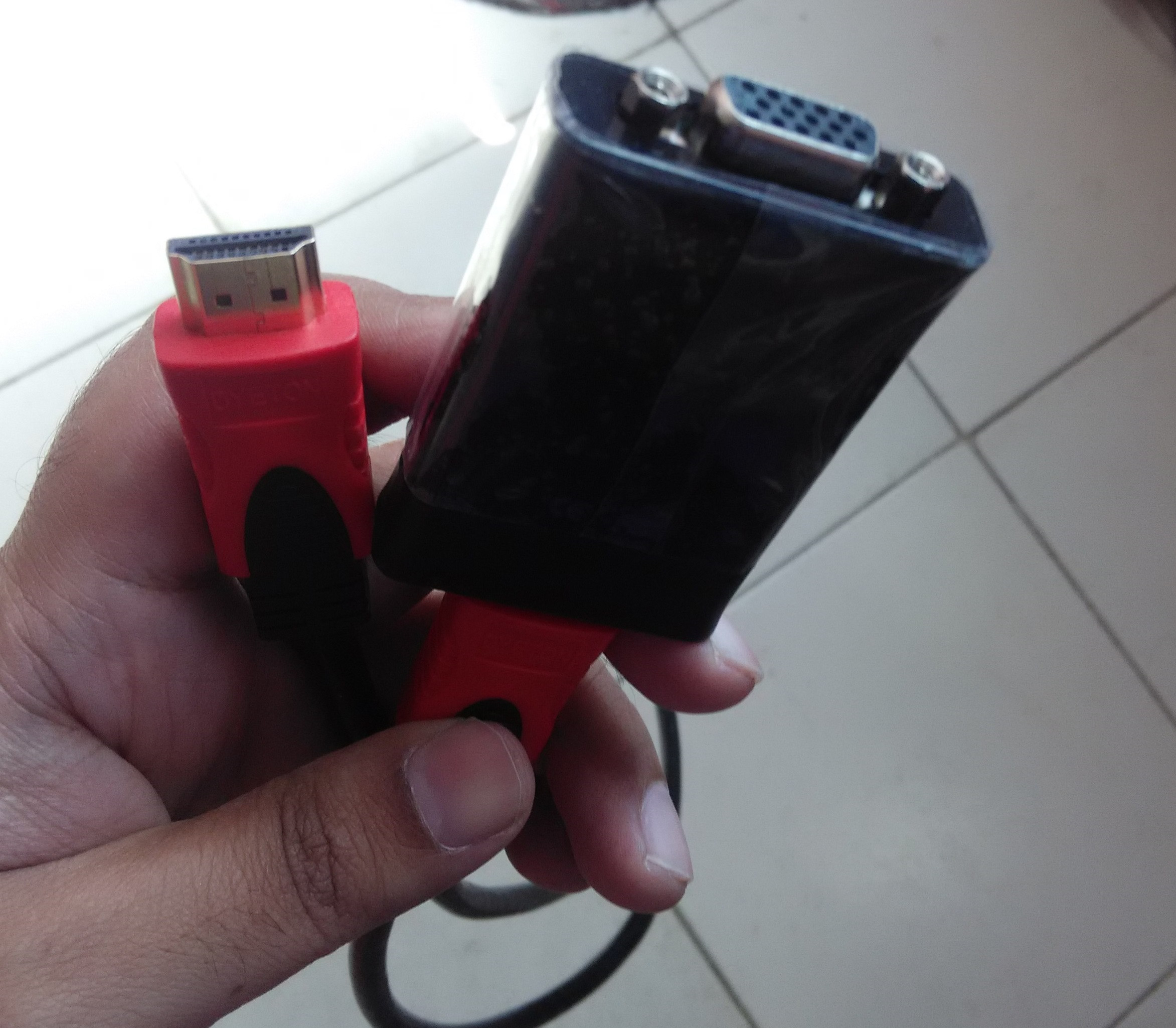 As per the Wiki article on DVI:

A passive DVI-to-VGA adapter. This adapter will not work with a DVI-D output. It requires a DVI-I or DVI-A output to get the analog signal to a VGA input (even if the adapter looks like a DVI-D). A more expensive active adapter (or converter) is required to connect DVI-D to VGA.

As such you would need an active adapter in either case and it shouldn't really matter whenever you get an active DVI to VGA or active HDMI to VGA adapter. They're both available in a variety of qualities.

An advantage of using DisplayPort to VGA could possibly a simpler adapter as there supposedly is some form of backwards compatibility available. At one point I read that there was actual electrical compatibility as the adapter indicates to the card that a VGA display is attached but I'm not able to remember where I read it. Hence I might be remembering it wrong or it might simply be false.

Any VGA only monitor in this day and age is seriously obsolete - most older monitors would be at least DVI capable. Your video card reflects that and has no ports that can be "passively" converted into VGA.

If you must stick with that monitor, you certainly will need a DP or HDMI to VGA adaptor.

If you look at the Wikipedia article for DVI, especially the pinout, you'll see that DVI also can carry analog signals (the variant called "DVI-A"). That's why DVI to VGA adapters work: They take the the analog signals from the DVI-A pins, and route them to the corresponding VGA pins.

So if your graphics card doesn't support analog pins on the DVI connector (which it doesn't, it's a double link DVI port according to the specs, and in your picture it's missing the analog pins if you compare with the pinout on Wikipedia), then there's no way to convert it to VGA directly with a cable adapter.

There are other, more expensive adapters which are basically a small graphics cards which read the DVI/HDMI signal, and then produces a completely different VGA signal from that.

So use on of those, buy a different graphics card or use your old graphics card in addition to the new one, or buy a new monitor.

DVI and HDMI are basically the same digital signal. The main differences are that DVI has the optional analog pins, and HDMI provides for a copy-protection scheme (HDCP) that's necessary for some consumer electronics, but not an issue between computer and monitor. HDMI to DVI cable converters work fine both directions.

I've heard about VGA to DVI/HDMI converters but have also seen people complain that most adapters don't work.

I can't speak for "most" adapters, but the one I'm coming to you through right now works perfectly. :)

I've certainly used DP and HDMI to VGA adapters in the past and they've always worked.

Your other option if you really need to stick with the monitor, but cost may be a factor, is to get some kind of video distibution/splitter box - go into it with either DP or HDMI and then come out of it to VGA - you can often get these with multiple outputs for multi display set ups - OR again if its costly, maybe better to get a better monitor or even cheap tv and go in with HDMI...?

Not the answer you're looking for? Browse other questions tagged graphics-card display hdmi vga dvi or ask your own question.

0
Laptop detects monitor but does not show input

3
Monitor works on VGA, doesn't on DVI. Not a broken DVI on display
5
Monitor (DVI-D) to Laptop (VGA)
1
HDMI-out to VGA-in via DVI?
1
Connecting and Apple cinema monitor to a laptop via VGA or HDMI - Possible?
0
Dual monitor with two DVI to VGA adapters
1
DVI-D to VGA adapter doesn't seem to work
0
Connect VGA monitor to modern GPU
0
DVI-D single link not working in DVI to VGA adapter for monitor