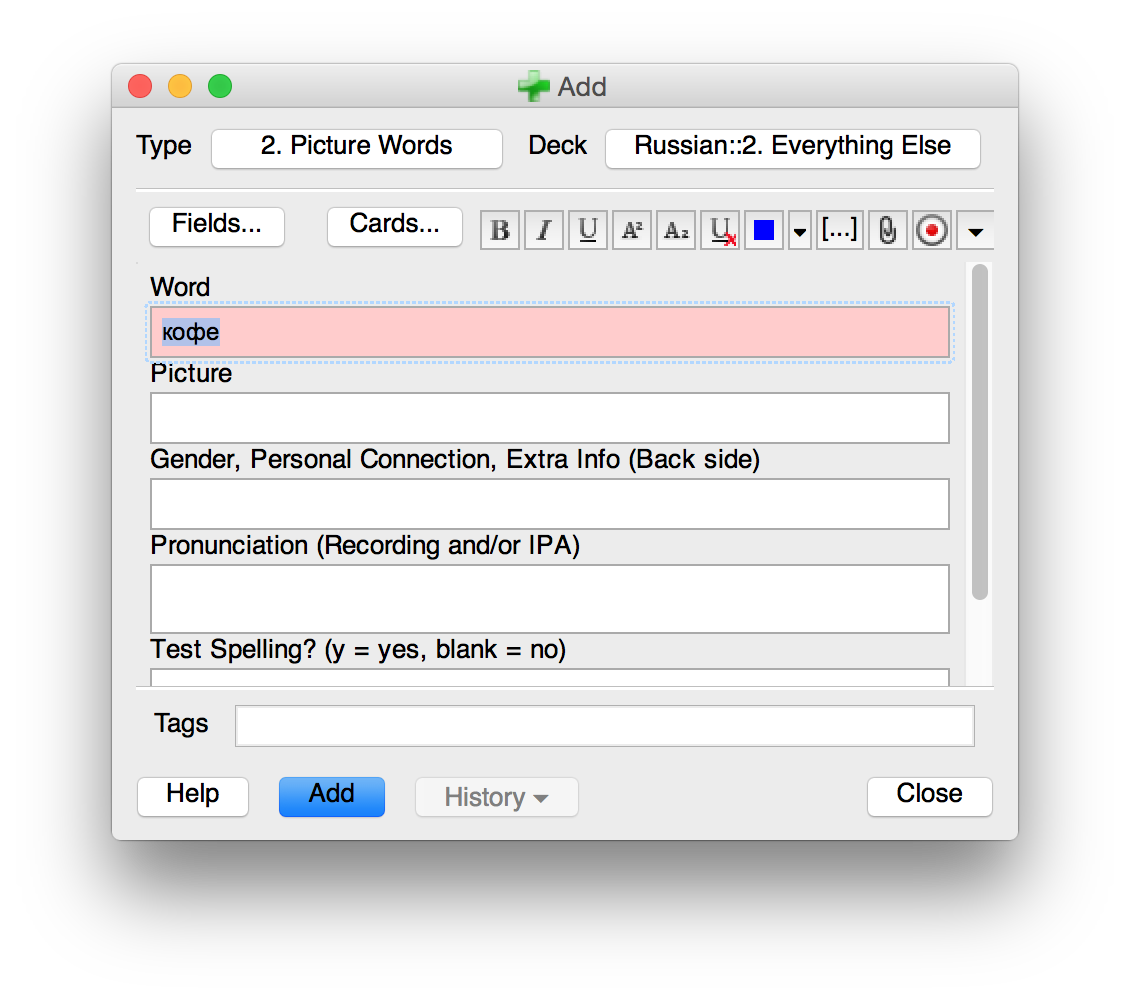 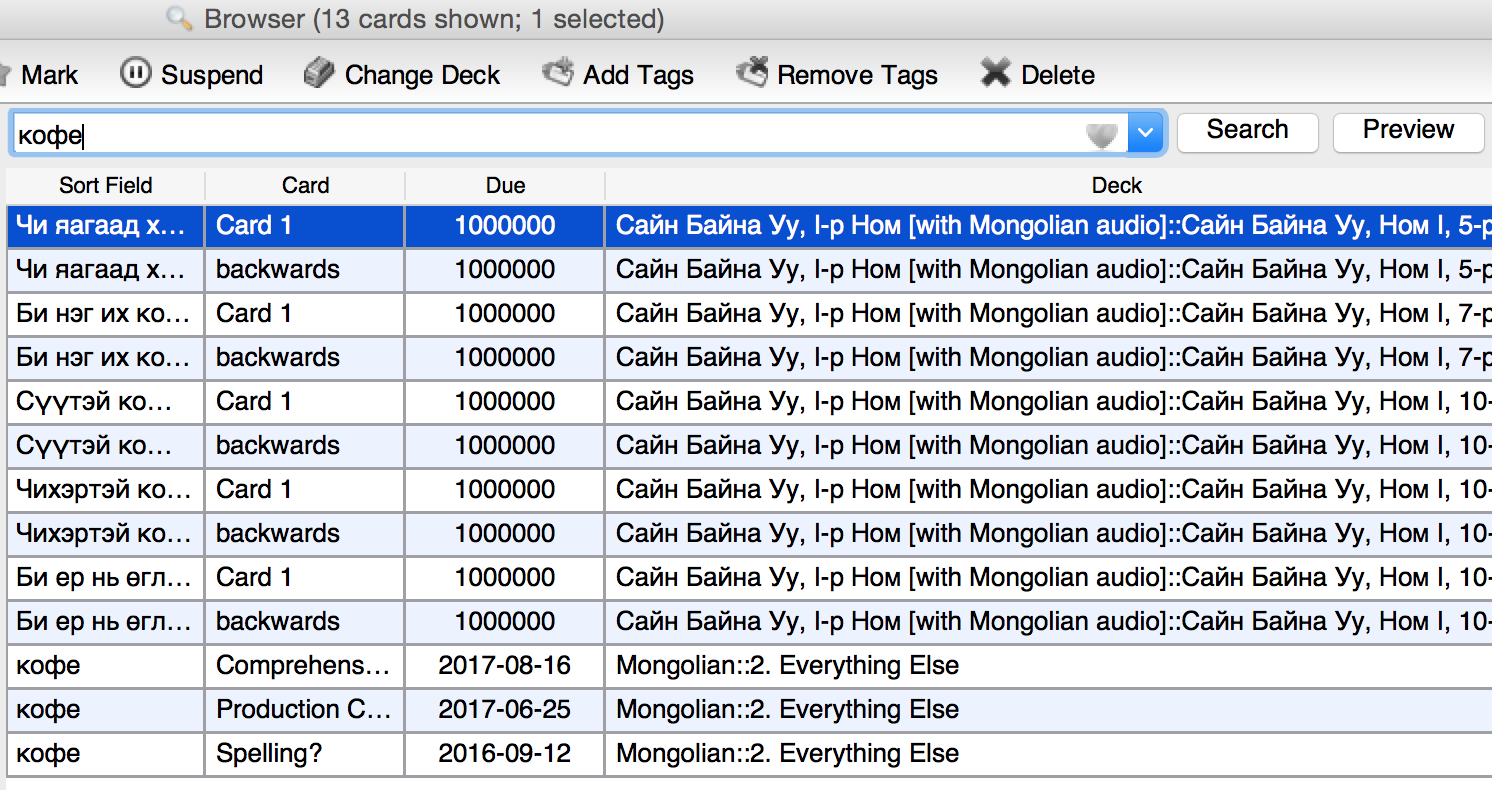 I like using the duplicate word warning system, because I'm getting vocabulary from multiple sources, and they may overlap with each other. Finding out that the Russian word for "coffee" is the same as the Mongolian word is kind of nice, but not vital.

The documentation for Anki says

When Anki checks for duplicates, it only compares other notes of the same type. Thus if you add a capital city called “Orange” using the capital city note type, you won’t see a duplicate message when it comes time to learn how to say “orange” in French.

I suspect that Anki may think that my deck for Russian words is similar to my deck for Mongolian words, especially since I followed the instructions on Loading Model Deck for how to set up two model decks for two languages (it's linked to from https://fluent-forever.com/gallery/)

How can I avoid a false alarm about the same word in decks about different languages?

This problem is mentioned in this forum post on fluent forever, but no solution is provided.

If you scroll down, it offers to show duplicates: 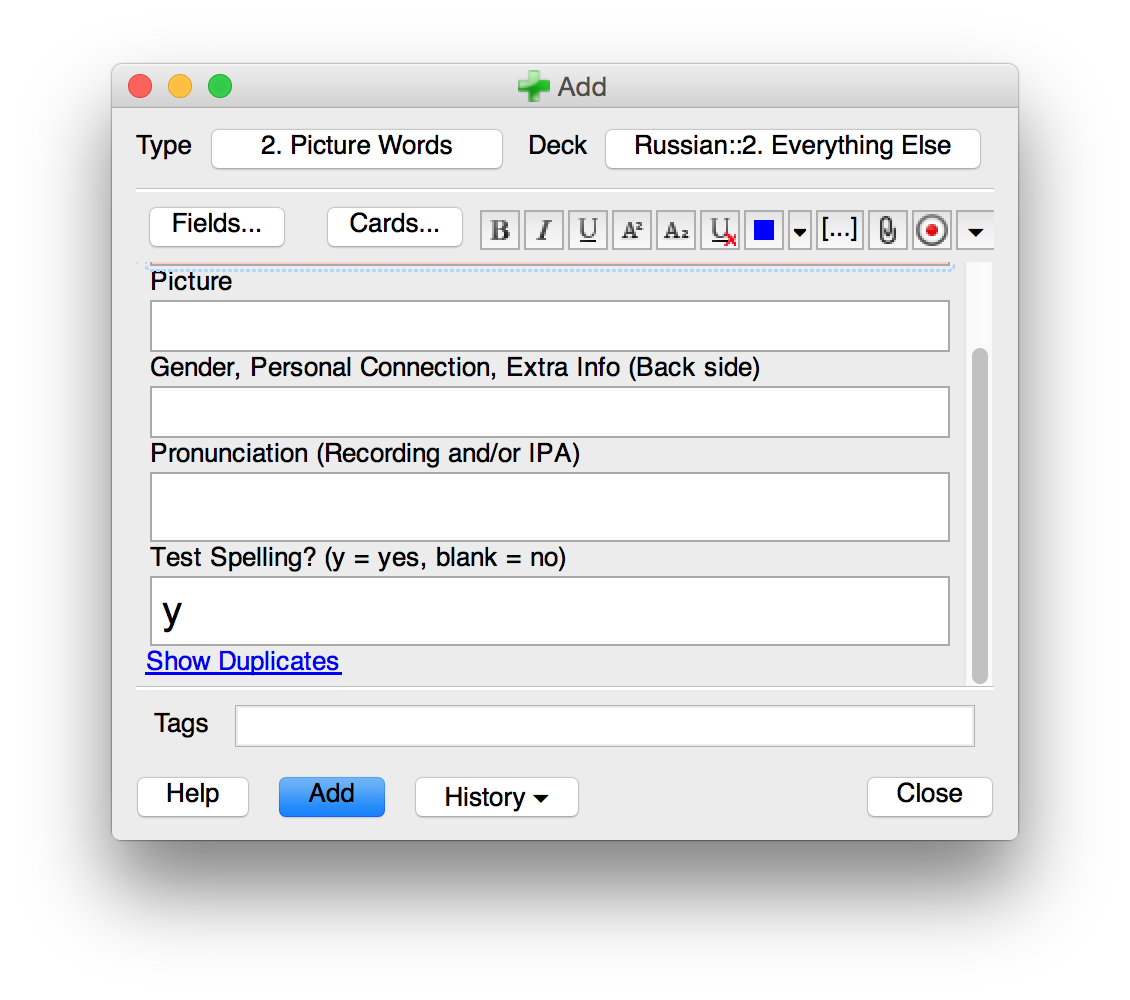 If you choose to do so, it shows you them in the browser window of anki: 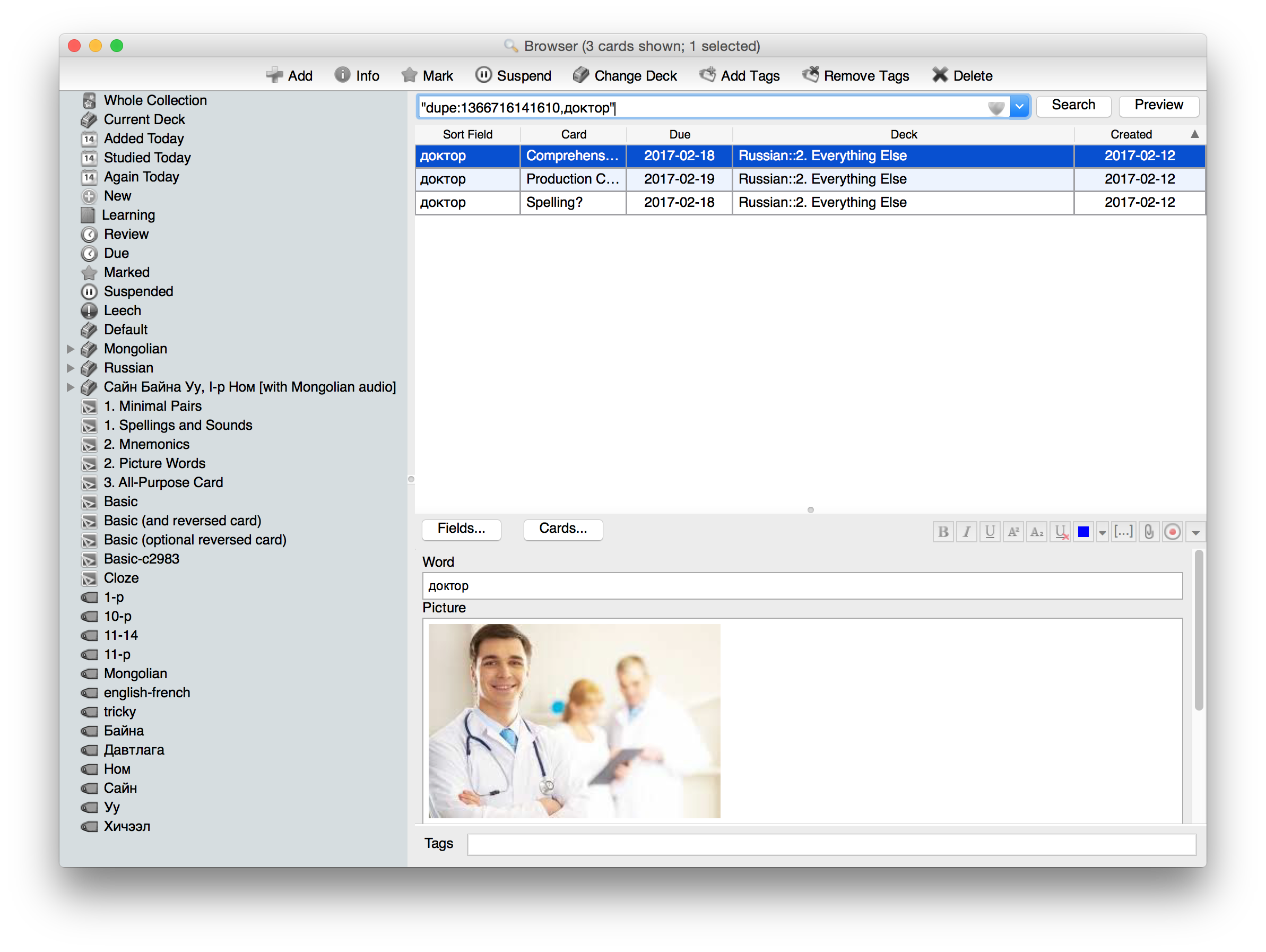 Not the answer you're looking for? Browse other questions tagged anki or ask your own question.

1
Preserve existing tags in Anki CSV import/batch-add tags
1
Anki - Import one CSV, create mulitple decks and import into them
0
Anki shortcut to select / switch between decks
2
How to edit fields for only one specific deck in Anki?
0
How can I block cards from being repeated in the same Anki session?