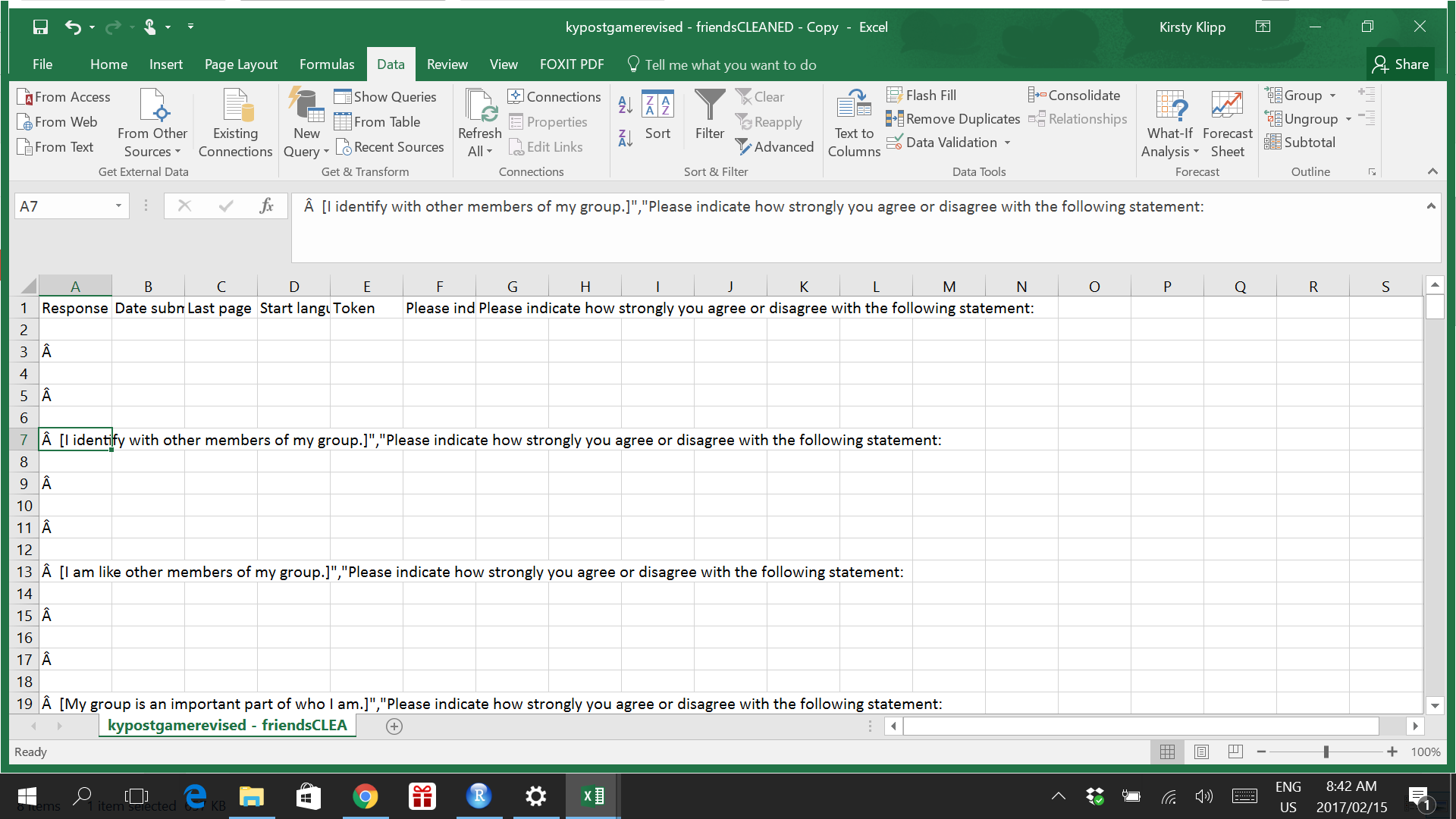 I administered a questionnaire using limesurvey and downloaded the responses in csv format to analyse in R. For some reason, the column names are displaying very weirdly in excel. I have tried Data --> Text to columns, separate by comma but as in the picture it only changes the first few into column names and the rest are displaying strangely down column 1. The actual responses only start way down in row 120. 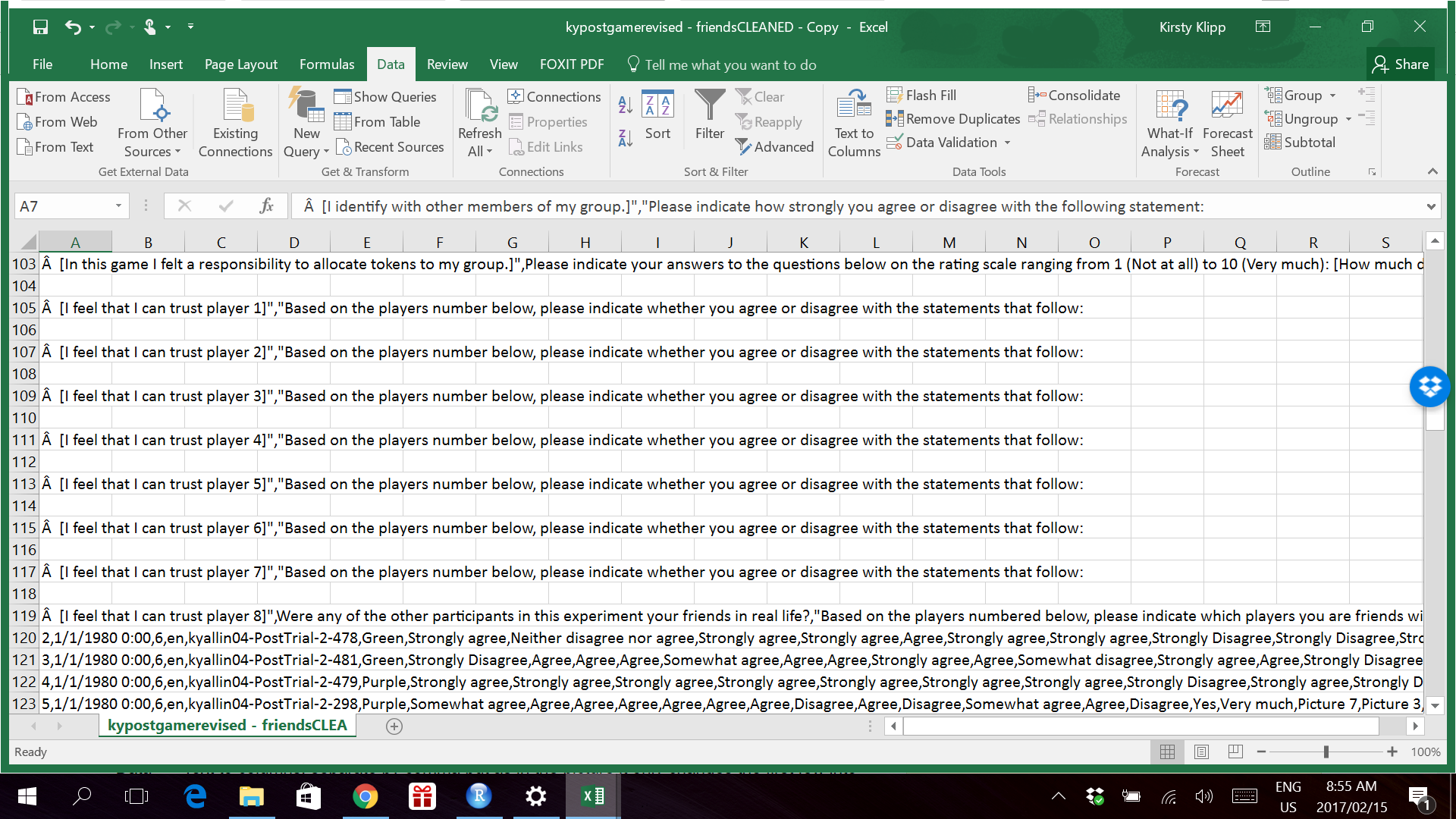 Does anyone have any idea how I can fix this? As when I tried reading the sheets into R it still displays strangely and I'm concerned about the analysis.

It's one (in my opinion) very stupid thing about Microsoft Excel: By default it only accepts the list separator defined in Windows' Region settings, which is most likely a semicolon on your system. As such, Excel won't interpret the commas in your CSV file correctly.

Excel used to have a setting for this, but I never got it working properly. As such I'd suggest you modify the regional setting instead:

I don't have the English language pack installed right now, but this screenshot should give you an idea on where the option is: 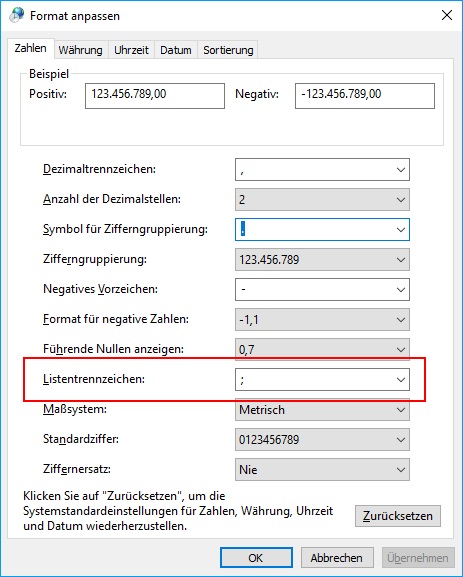 This shouldn't have any impact on other programs, but if something doesn't work, just undo the change once you're done.

Note that if you've got decimal numbers in your CSV and they're read incorrectly, you'd also have to temporarily adjust the decimal and thousands group separator in this window.

I eventually managed to figure out how to fix the problem! It turns out that in the options in excel, the decimal separator was set to a comma (,) instead of a point(.). By changing that, the format changed to look correct again.

Not the answer you're looking for? Browse other questions tagged microsoft-excel csv or ask your own question.

0
Excel - Find a specific column in a CSV file, and copy to the current sheet
0
SUMProduct or Sum if to only count values in multiple rows
1
How to move files to specific folders based on CSV entries?
1
How do I copy specific selected data between cells in a CSV file in Excel or Notepad++?
1
Splitting csv file based on column value <SOLVED>
1
Excel - Copying information from one sheet to another based on criteria