Why is IE using up so much CPU?

I have been trying to find out why IE uses up so much processing power, but unfortunately all I have been able to find is various ways to fix it.

My problem was caused by leaving the IE open on our server, after checking out network speeds (visited speedtest.net), and after a couple of days, it started to severely slow down our entire network. Checking the performance of the server showed that IE was chewing up a huge chunk of CPU. (99% in the processes tab, and the CPU Usage in the performance tab was at 100%).

The only add-ons that IE had installed, and running was

As soon as I attempted to close it, it crashed (not responding), and when I force-stopped the program, the CPU dropped back down to a much lower usage (~20%).

Can anyone tell me why this happened? In my mind, it seems like there was a recurring process chewing up resources, but I would like to confirm this.

To diag the CPU usage issues, you should use Event Tracing for Windows (ETW) to capture CPU Sampling data / Profile.

To capture the data, install the Windows Performance Toolkit, which is part of the Windows SDK (the Windows 10 version works also on Windows 8.x/2012(R2). 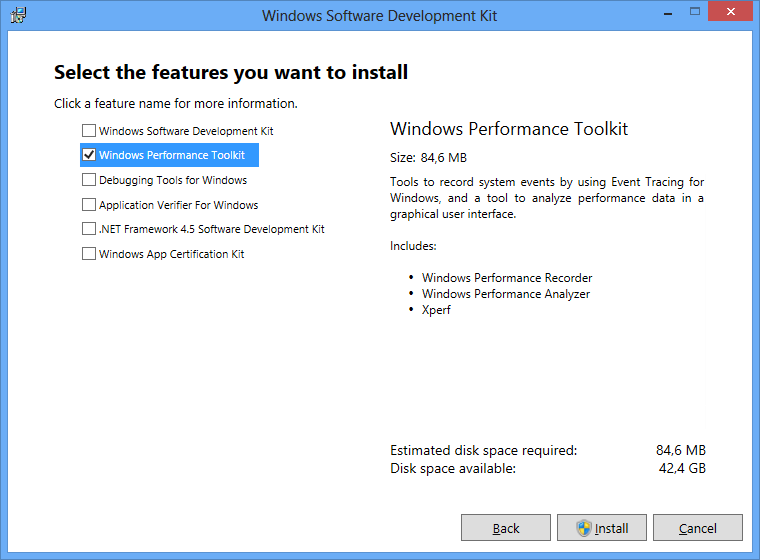 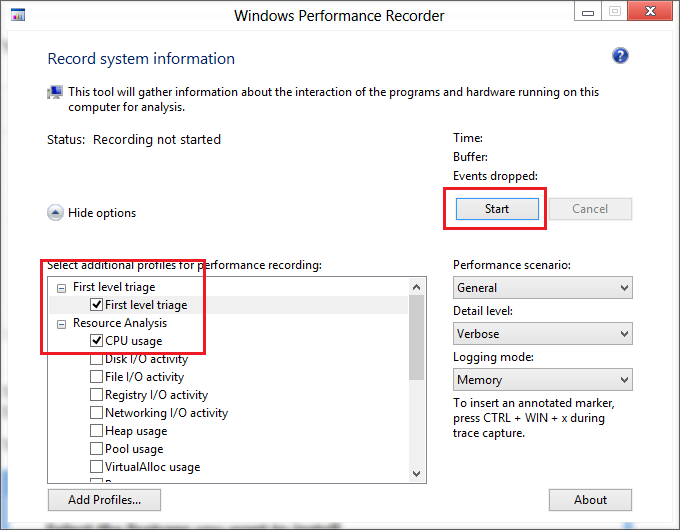 Now capture 1 minute of the CPU usage. After 1 minute click on Save.

Now analyze the generated ETL file with the Windows Performance Analyzer by drag & drop the CPU Usage (sampled) graph to the analysis pane and order the columns like you see in the picture:

Inside WPA, load the debug symbols and expand Stack of the iexplore.exe process that has the CPU usage (look at the Weight % Sum value with largest value).

In this view, WPA breaks the usage into different parts (HTML, layout, network). Extand the entry with the largest CPU usage. HEre it is HTML/JavaScript: 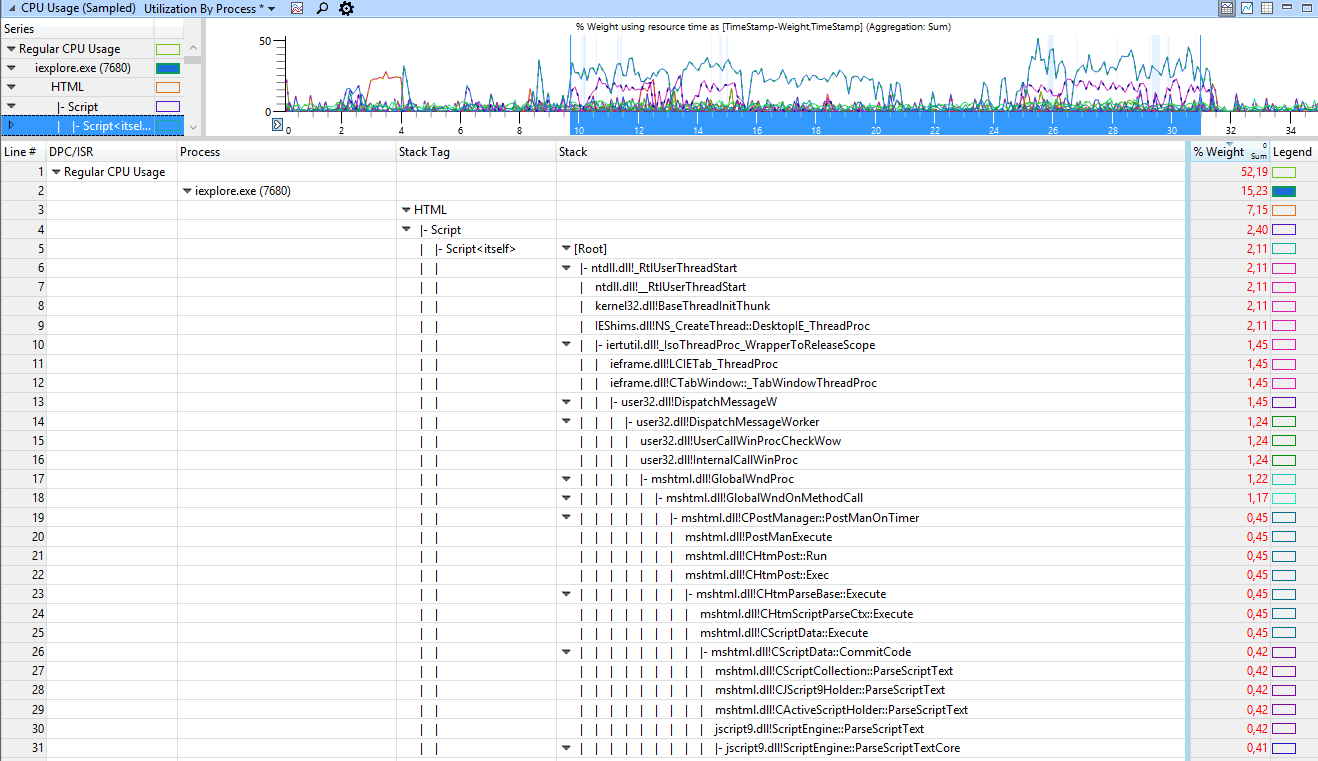 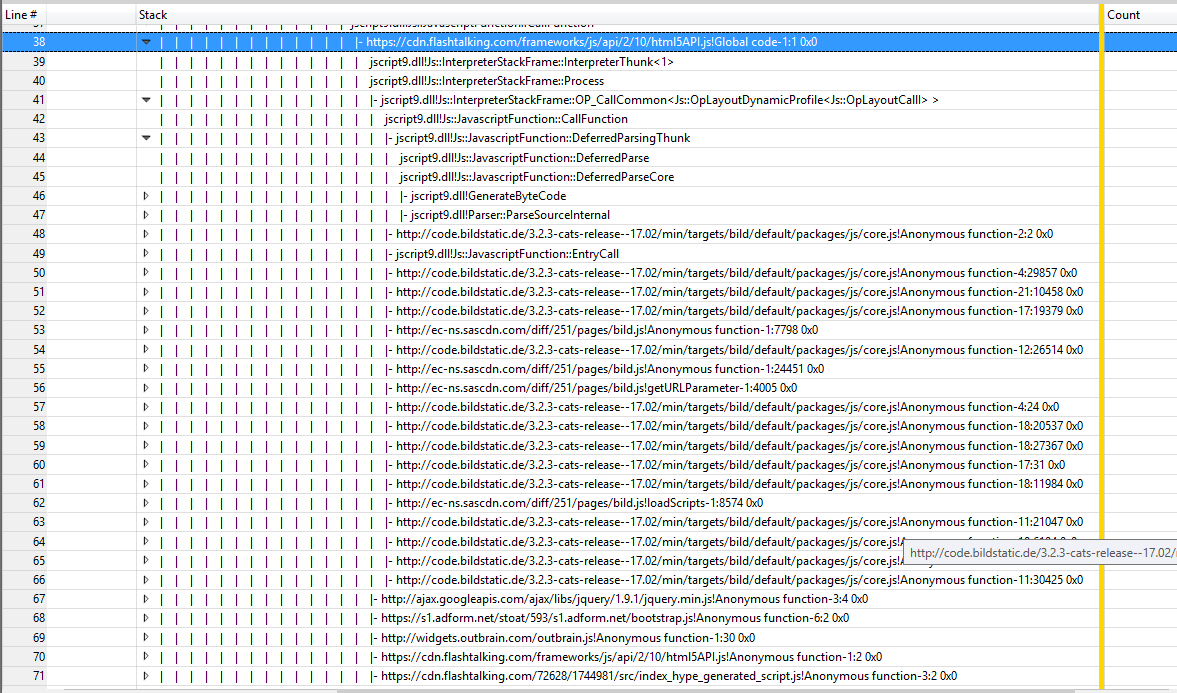 Not the answer you're looking for? Browse other questions tagged cpu-usage windows-server-2012-r2 internet-explorer-11 or ask your own question.

2
Why does my CPU Usage reach 100% too often?
0
100% CPU in QuickTime H.264 decoder on Windows on Win7, except when using XP compat. mode
0
CPU usage doesn't add up
0
Windows 7: Why is there a Task Manager CPU usage discrepancy?