I have a mid 2015 MacBookPro with retina display and am trying to set up a Kali linux dual boot. I currently have a dual boot with arch linux, set up through rEFIind (some beta version I think).

I created a USB bootable, following Kali's documentation and tried to install with it, but could not. I am able to run it perfectly fine on a windows machine I was testing with, but when I try to load it on Mac it hangs on a blue screen. It gives the same image shown in this question when selecting legacy boot. It also gives an option for a live boot and hangs on a screen giving a message about "booting" os with load options "".

I am wondering if anyone has ever experienced anything similar? Should I add boot options? If so, how should I do that? Could it be a graphical issue, can I change the resolution somehow?

Thanks for any advice.

I have included some pictures of the relevant screens.

These are the available drives to boot from. I use rEFInd instead of booting to USB directly because that always seems to fail 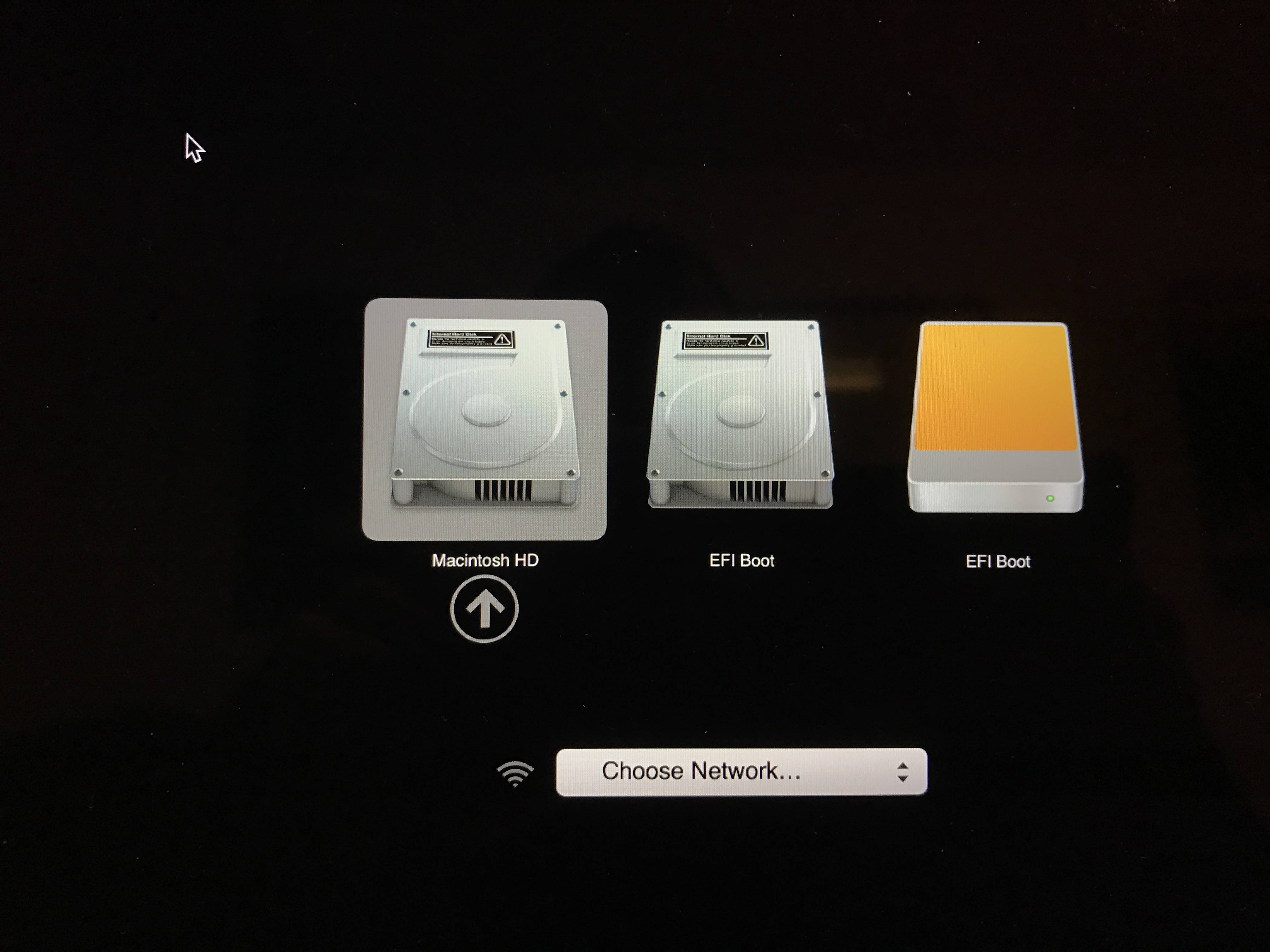 This is the drive I select to boot from through rEFInd, it lives on the USB and is live boot's efi

This is the screen I get 95% of the time, however I sometimes get the next screen I have a picture of 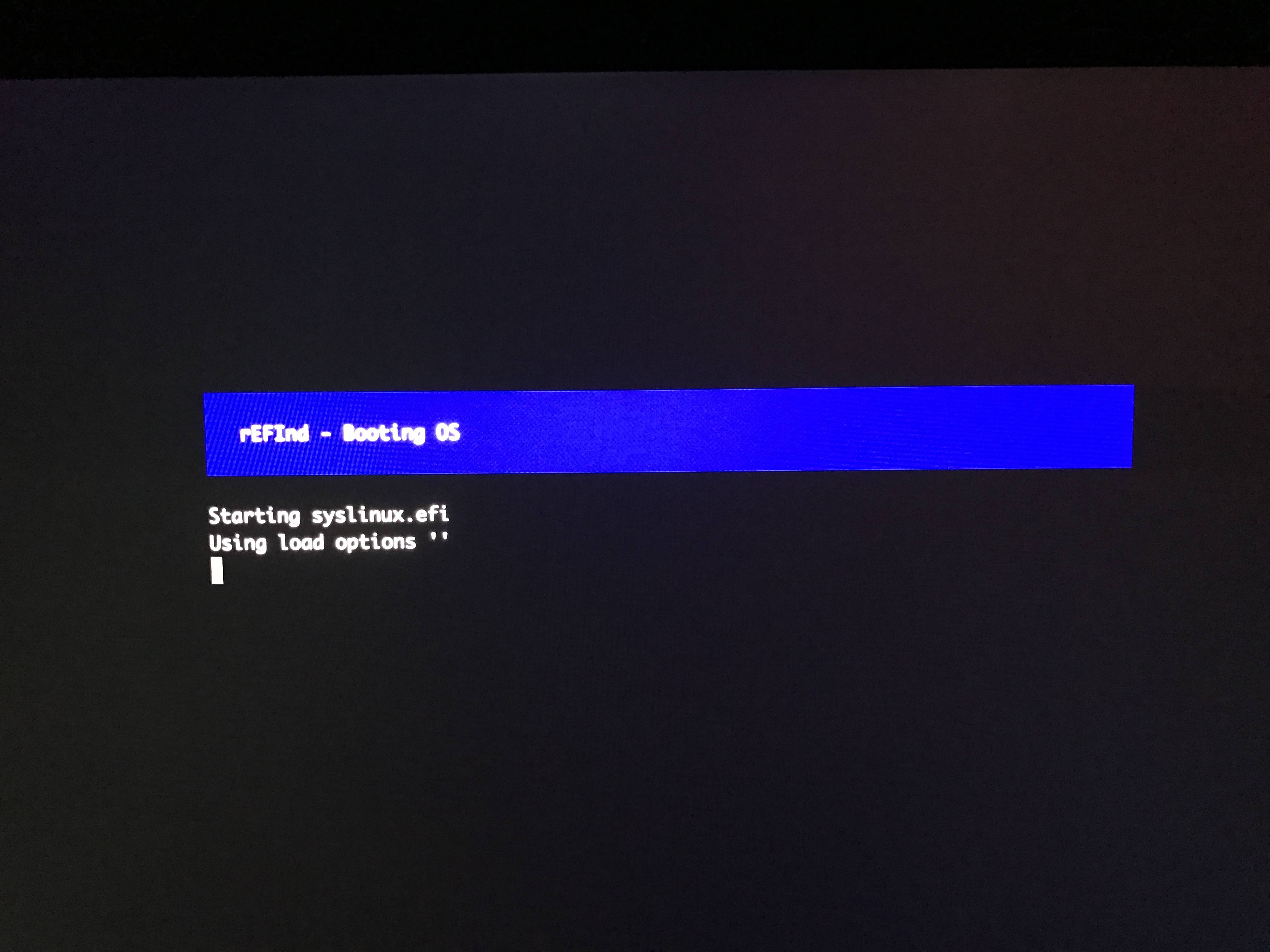 This is the boot menu that I get probably 5% of the time attempting to launch. It is a small, not properly rendered version of the menu that usually freezes after that screen 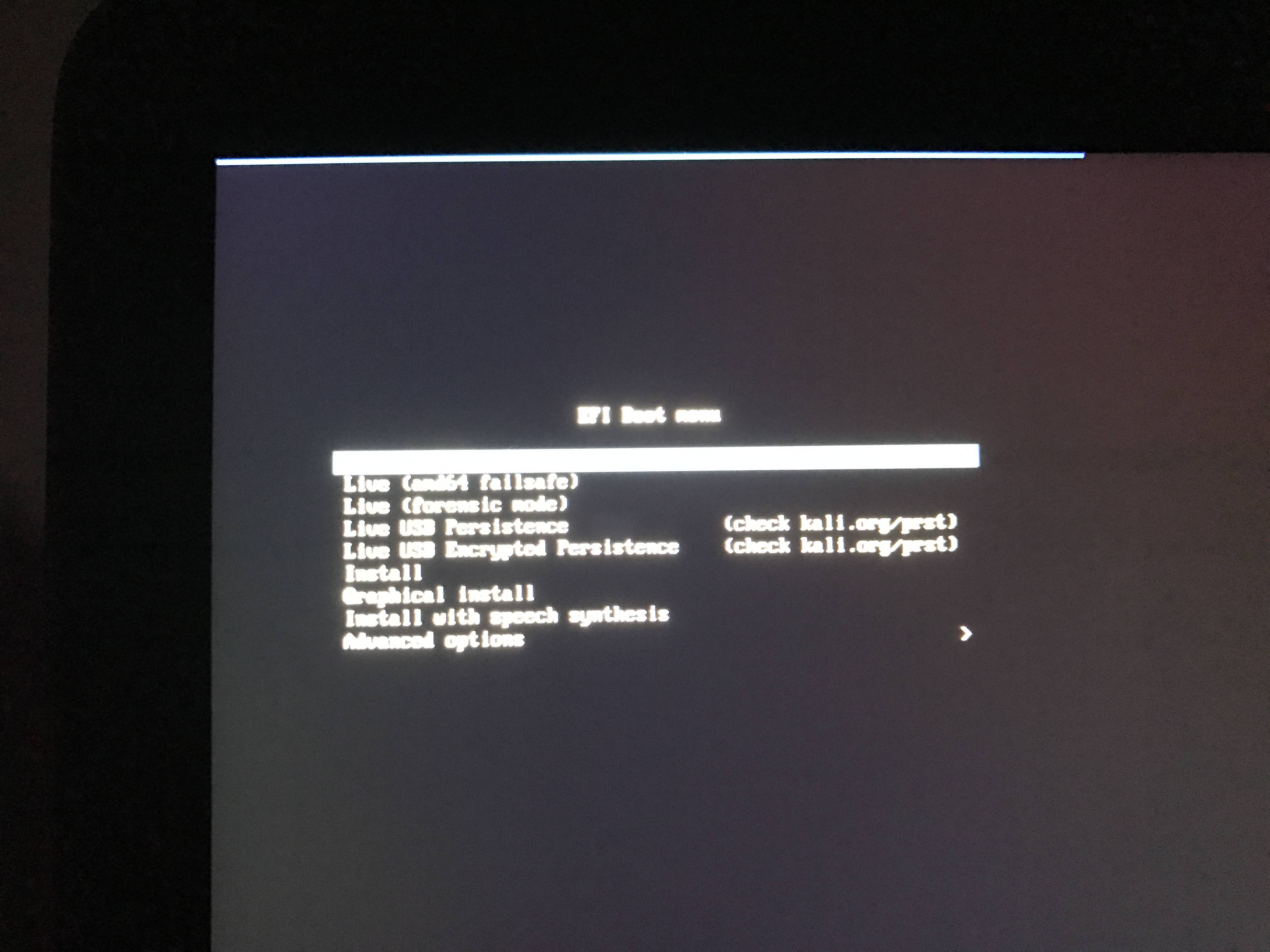 I'm strongly suspecting that your USB just isn't supported / compatible with that Mac device, so burning & booting from a DVD may be the next best idea, or try a different type of USB.

You followed the instructions on kali.org, for Dual Boot Kali on Mac Hardware and Making a Kali Bootable USB Drive (with dd)?

Is your rEFInd up to date? At the time kali.org recommended 0.8.3, but apparently on the rEFInd page 0.10.5 is the latest version, dated March 4, 2017, so barely 3 days ago, so it's possible that there could be a bug and the previous version 0.10.4 may work better. Definitely try those rEFInd versions.

Kali's instructions mention "Devices older than ‘late 2012‘, may require a blank DVD. USB booting may not work without rEFInd pre-installed." and other tips like:

Although Kali Linux is based on Debian, Apple/rEFInd detects it as Windows.

Select the Windows volume to continue.

Not the answer you're looking for? Browse other questions tagged linux boot mac multi-boot kali-linux or ask your own question.