How to know the maximum supported RAM on my laptop?

I have an Acer Aspire 5738 laptop (without Graphics Card; only on-board Graphics). It came factory produced with 3GB DDR3 RAM (2GB + 1GB) and only 2 slots of RAM (which as mentioned, are factory-occupied). Now, I want to upgrade my 1GB module, leaving the 2GB module untouched.

I am operating Windows-7 64-bit (because Windows Upgrade Advisor told me that my computer supports 64-bit) and therefore have the scope of expanding my RAM up to 192GB from OS' viewpoint.

However, the OEM Guide (Acer's guide for 5738/5338 users) lists the following under "System Memory":

So this has me in the splits...which one of these two applies to my system?

Surprisingly, Acer's support has no information on this! (They don't deal with "hardware issues"! :D)

I tried CPU-Z. It gave me the following information about my motherboard: 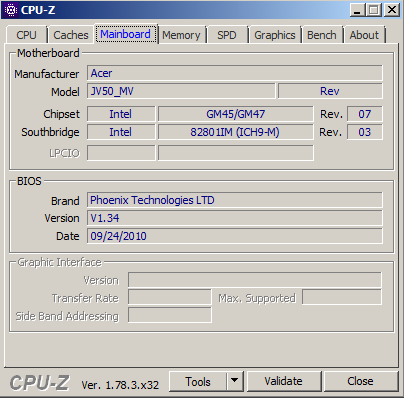 But that's the farthest I've been able to reach...

So now, I have the following two questions: 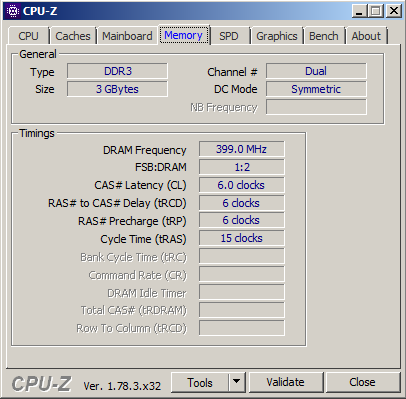 Further, under the SPD tab, it gives me the following information about the two RAM modules that came factory-installed on my laptop: 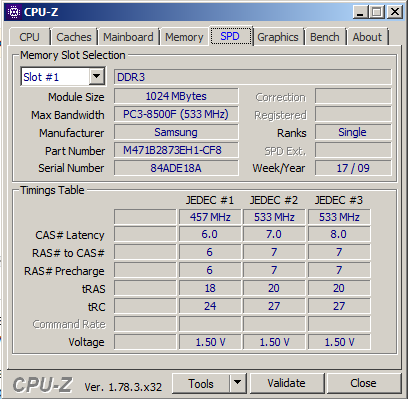 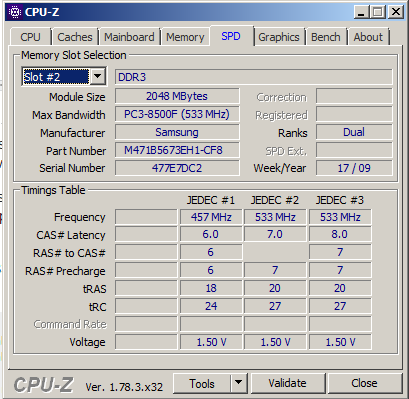 I tried Crucial's System Scanner tool. But it didn't find any compatible upgrades. So I used their Advisor Tool by manually feeding my laptop model. But the compatible RAM modules it threw up were 1600 SODIMMs which obviously doesn't match Acer's 1066 soDIMM specification. So I can't blindly trust Crucial either.

According to these specs here

The Max is 8GB so that would be 2@4GB Sticks

So if you want to leave the 2GB stick untouched, you could get a 4GB DDR3 and have 6GB all together.

So based on you info you supplied:

However, the OEM Guide (Acer's guide for 5738/5338 users) lists the following under "System Memory":

EDIT: I found this out from here: Link (CNET Website / PDF Document)

EDIT: After Reviewing the Model (Part) numbers of your installed memory, they are 1066Mhz modules, but your system is reporting 533Mhz, which usually is cause by errors in one or both of the memory modules, therefore the system slows the clock speed down till either no or little errors are reported. Knowing which one has the error would take running memory test.
You can download the Ultimate Boot CD and run a tool called Memtest86 or Memtest86+ to see if it will find which one this is, it will stress test and see if it can find errors.

There is a command which will tell your machine's MAX supported RAM.

Not the answer you're looking for? Browse other questions tagged memory motherboard acer-aspire laptop-repair hardware-rec or ask your own question.

2
Can I install 1333 MHz memory onto a laptop supporting up to 1066 MHz memory?
3
Can I mix different RAM modules in PC?
29
Can you have PC3L and PC3 RAM together?
5
Do DDR3 SODIMM modules come in sizes greater than 8GB?
2
Can I use DDR3-1066 ram in a laptop that takes DDR3-1333?
2
Finding out the maximum RAM my laptop supports - conflicting dmidecode information
0
“Inexplicit” RAM Compatibility
0
Is my DDR3 RAM working to its maximum potential?