What's the difference between GPU Memory bandwidth and speed?

I was wondering if someone could explain to me, what actually indicates a real transfer rate of data. If there were 2 GPUs, one with higher memory speed(Gbps) and the other with higher memory bandwidth(GB/sec), which one could transfer more data in some fixed timeframe(or is that impossible and these 2 things are somehow linked in some way)?

Am I missing something here? I can't seem to find a good answer anywhere... What is actually important here? And why are both measurements expressed with almost the same units (since a Byte is 8 bits, one measurement should be equal to another, if you convert both to bits or to bytes)?

There are two separate things being specified here. I have copied the Nvidia spec from the page you linked to show it better. 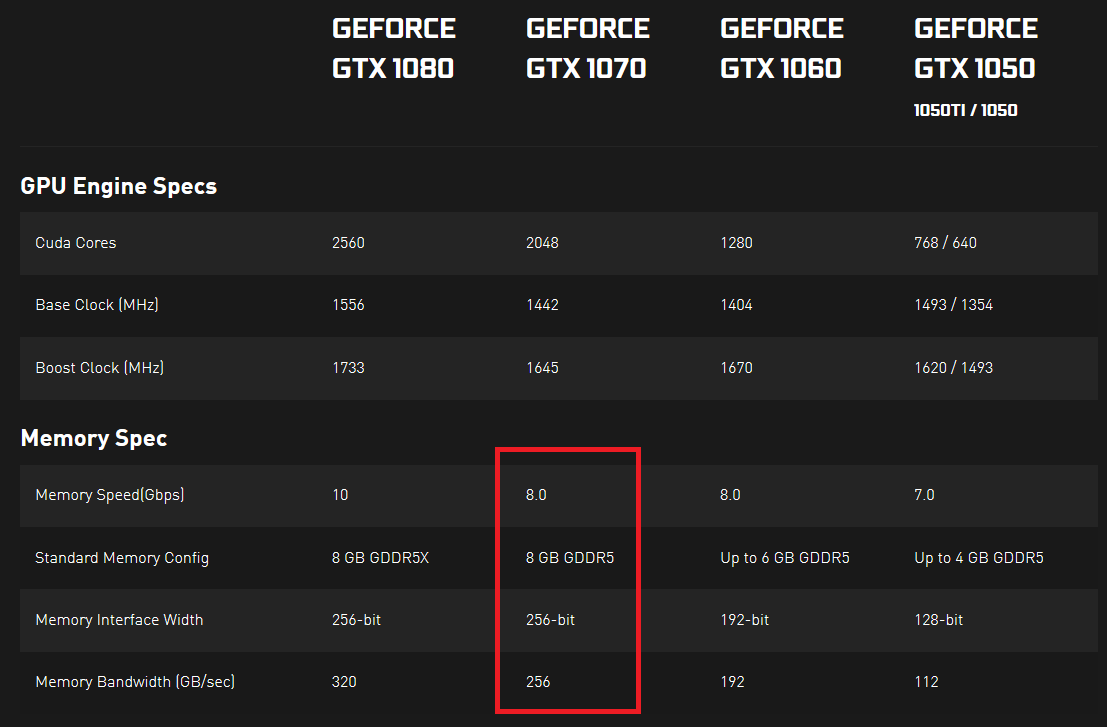 One is the memory chip data line interface speed of 8gbps which is part of the GDDR5 spec, and the next is the aggregate memory speed of 256GB/s.

Multiplying up this gives us a memory speed of 2048gbps, divide that by 8 and we get the memory bandwidth of 256GB/s.

If you have two devices that have the same gbps but different GB/s then that tells you that it has a different number of chips in the memory bank. Typically you'd want to choose the higher aggregate memory bandwidth (GB/s) as this will generally be the actual useful memory bandwidth.

Not the answer you're looking for? Browse other questions tagged memory graphics-card gpu speed bandwidth or ask your own question.

66
How do ultra-high-frame-rate cameras write so fast?