Is it possible to reset the colour after entering the command in cmd shell?

I am running Windows 10 and want to set up cmd.exe prompt such that it looks the same as my bash prompt on the same machine. I have set up a startup script to set the PROMPT variable when loading cmd.exe, which detects whether the shell is running with root privileges and set up the colour accordingly: 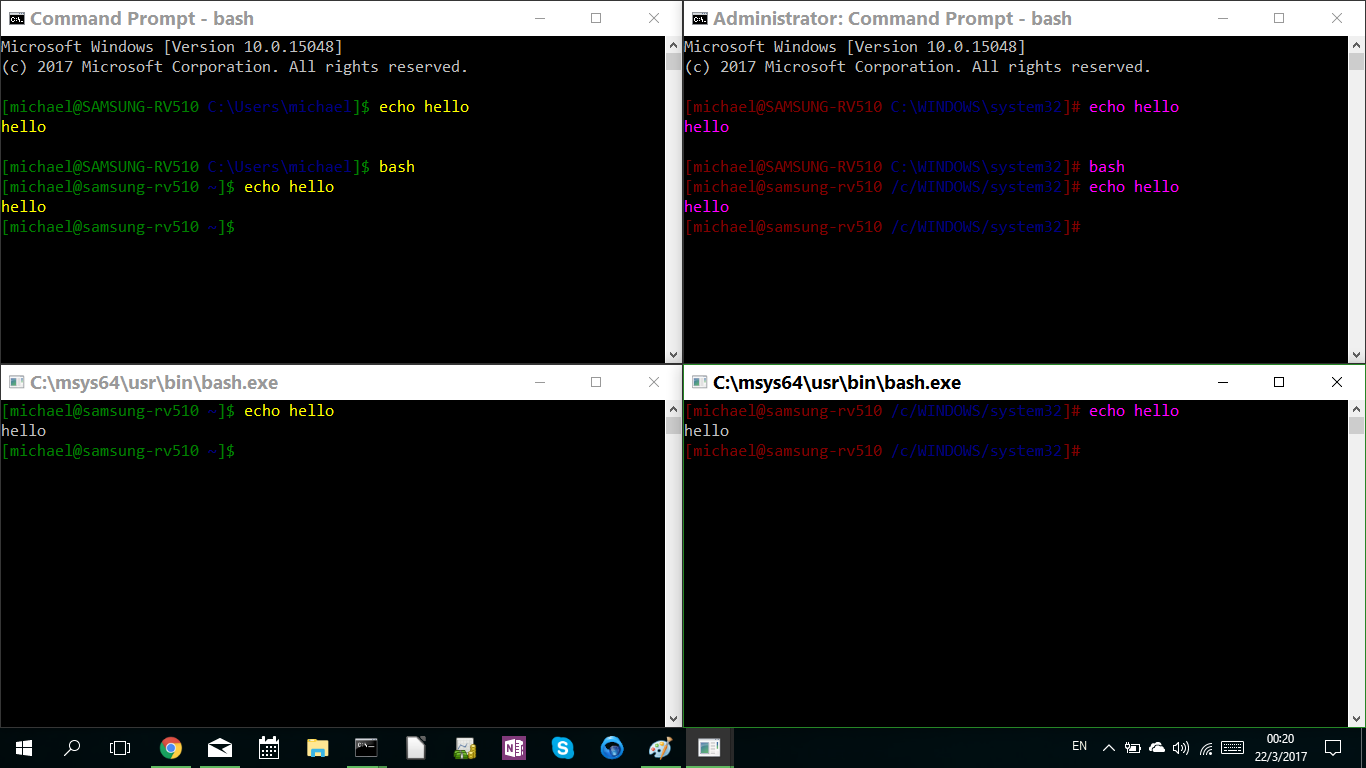 However, as shown from the screenshot, I can't set up the prompt in cmd.exe (the upper windows) such that the colour resets to default after finishing the command, as shown in bash (the lower windows). If I run bash from cmd, the colour also can't reset. 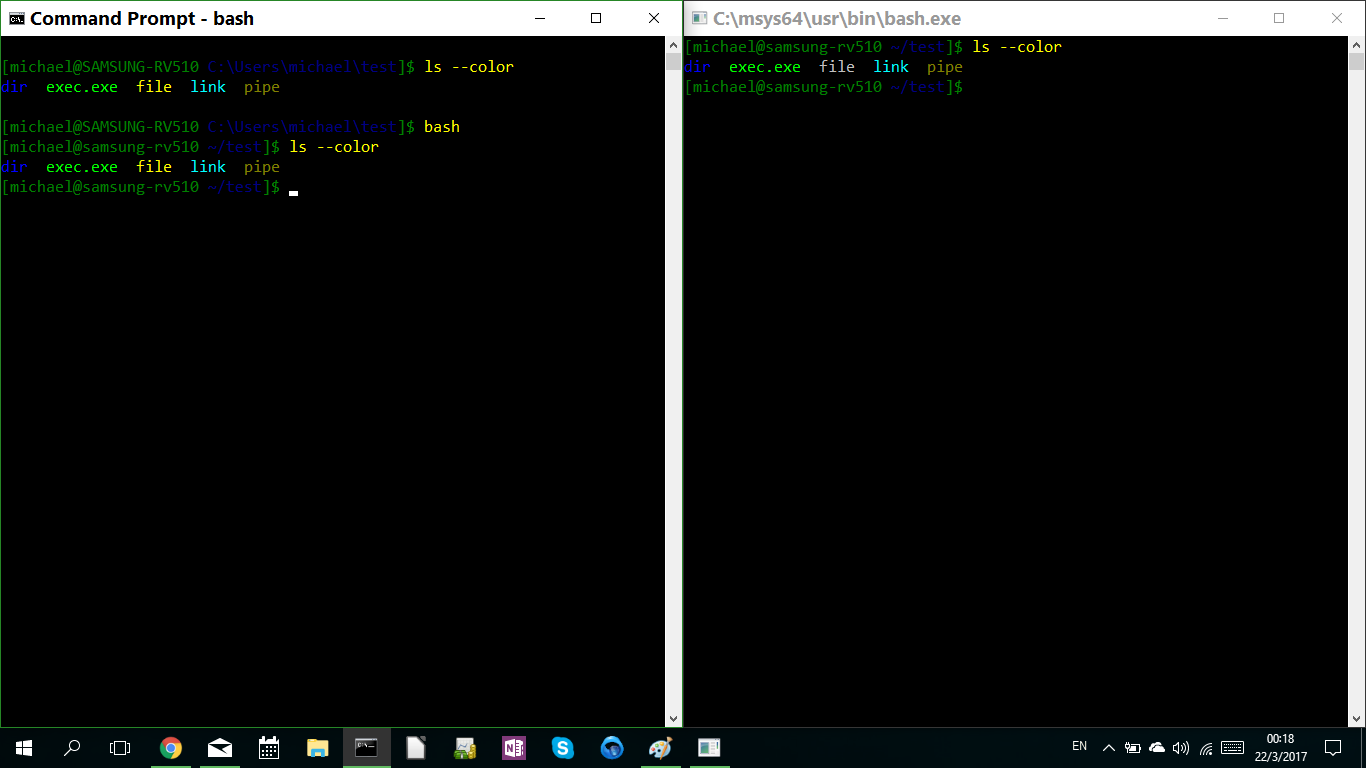 How can I set up my startup script such that the colour behaviour of cmd.exe is made identical to my bash shell?

There are some newish experimental features in the Windows 10 console that make it much more *NIX like. For example colors that are no longer constrained to the 16 that were available up until now, cursor shapes, etc.

It is configured from the properties windows as before: 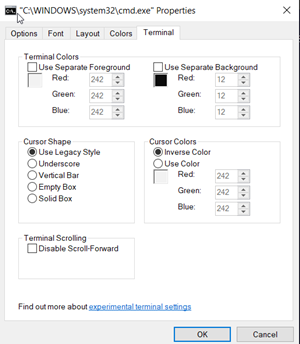 More details can be found here:

One option would be to use ConEmu (customized conemu.xml) as a terminal manager since it allows complete customization of the terminal, combined with Powershell's profile.ps1

Microsoft's new Terminal is also highly customizable from it's .json config file, but ConEmu is easier to customize and run multiple shells from.

21
Is there a way to replace cmd window with the new windows terminal?

1
osx shell terminates after using
5
Can't see some programs from Console2 or Powershell
10
Is it possible to use a shell script in the sendto folder?
24
Why do we have login, non-login, interactive, and non-interactive bash shells?
2
How to run elevated shell from within console2 (Windows 8.1)? Possible?
2
Can I change the Windows 10 Automatic accent colour palette?
0
Using a black and white shell when running the :sh command in Vim
10
How do I output 256 or even 24-bit colours in Git Bash?
1
Powershell syntax highlighting overwrites foreground colour