I am very new to networking and I wanted to put my theoretical knowledge to practice by mounting a server at home. A friend of mine told me to make separate networks in order for easy testing with no worries of breaking something and loosing my internet access. So for the moment I am working on separate networks. I want to handle DHCP with my server and not with my router, I also want to include a managed switch in order to learn how to use it . The router I will use only as a WAP. I have two main questions. 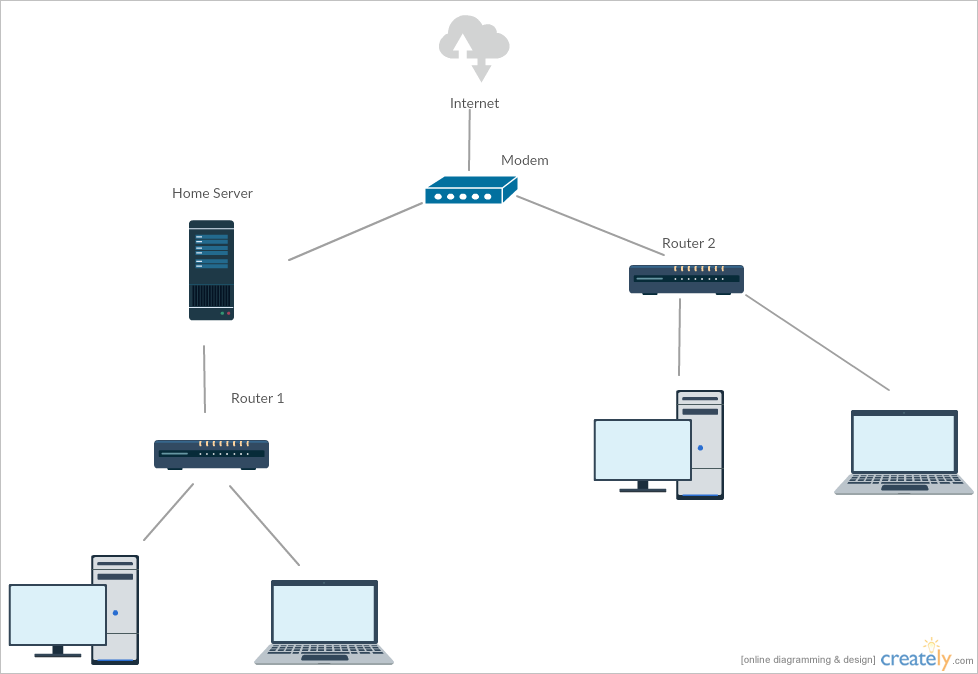 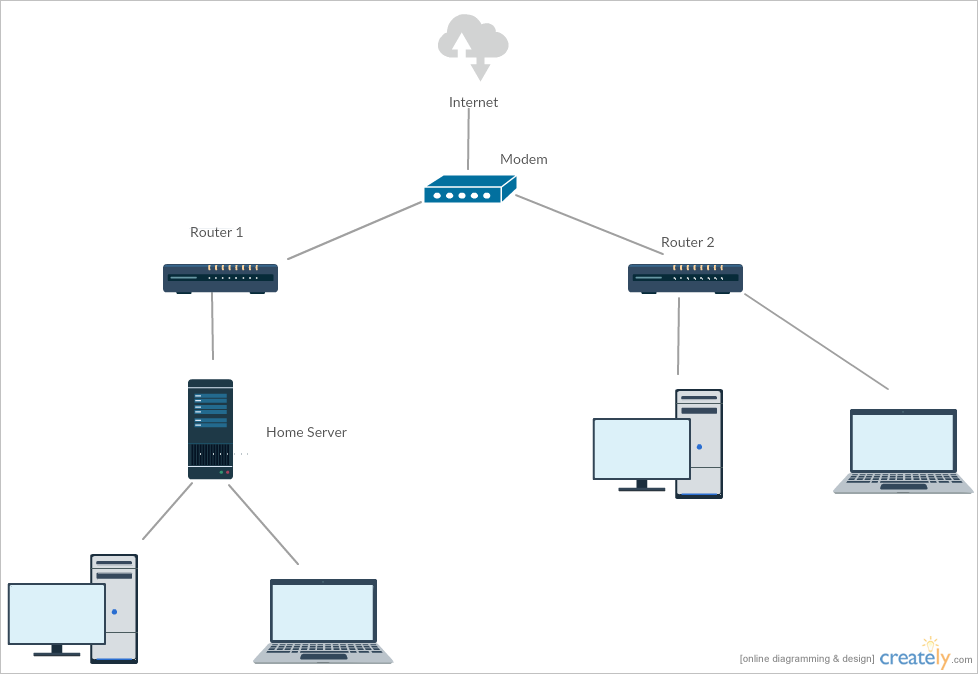 Seeing as how you are new to networking, I am going to suggest a few edits to your topology (network layout) that will save you money, in addition to learning some networking strategies that are used in bigger network deployments.

I have included a model of a topology that you could adopt. Keep in mind connections that have multiple VLANs on them will require trunking. You can also edit the configurations in your router to set a static IP on your server and point the DHCP service for your networks to that IP. 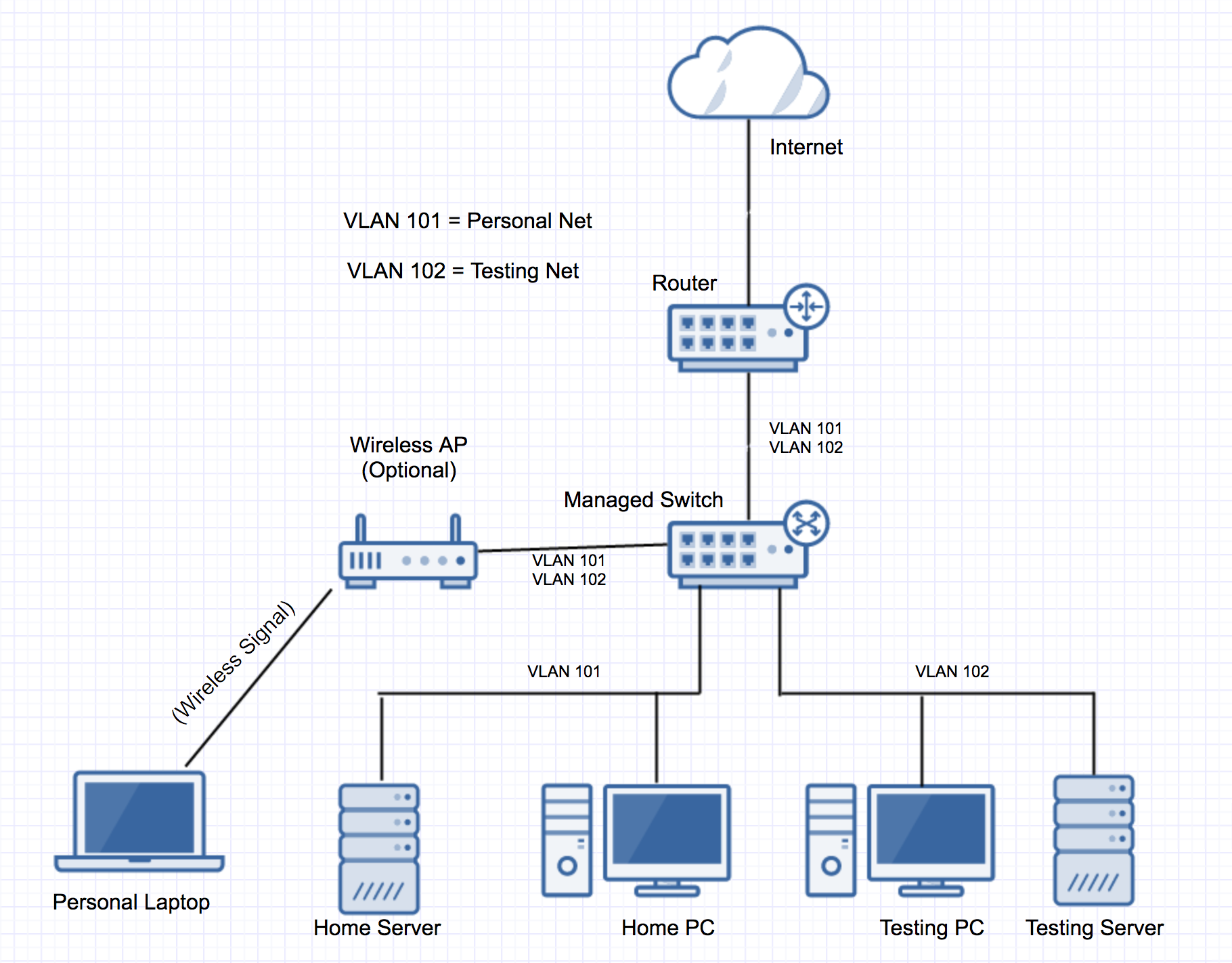 Not the answer you're looking for? Browse other questions tagged routing lan or ask your own question.

0
Should I upgrade my LAN setup for better server hosting?
3
Is it possible to route all traffic on VirtualBox host adapters to guest?
12
Secure LAN within existing office LAN
1
Is my networking plan reasonable?
0
Home router to interconnect network
1
Why does my Android phone fail to make DNS queries only when using Windows Server as its gateway?
4
How to set up 2 PCs with 2 wired connections for Internet and LAN usage?
4
Correct way to provide a direct network link between 2 devices as well as connecting both to a switch
0
My server has 4 ethernet ports. I'm running proxmox using a cluster. I want to have my nodes directly attached but on the same subnet