I've recently revived an Acer Aspire One 531h. I installed Linux set up couple of things for a few days and now, suddenly, when I press the power button, the machine displays the regular press F2 POST prompt but dies right away. After a couple of tries it even dies before the post message appears.

My first thought was bad hdd or overheating. I let the computer sit for a day and came back to it today. I removed the hdd, turned it on and voila - I was prompted for PXE network boot option with no sudden poweroff.

So I turn the pc off and try the supposedly bad HDD in my desktop. The HDD worked just fine, I was even able to boot into linux right away.

So my next guess was overheating. I carefully disassembled the laptop, repasted the cpu, put everything back together - the same thing.

So I am sitting here with a barebones laptop mobo which worked just fine for a week and now won't even get to POST.

I am running out of ideas. I've read that it could be caused by a bad power adapter, but I am beginning to suspect the CMOS battery, because letting the PC sit for a day let it boot again. But as far as I know a pc should boot up even with a bad CMOS battery.

UPDATE: I´ve tried another power adapter and running without CMOS battery but results are the same.

UPDATE 2: I let it sit for the day and I was able to get to BIOS today once again on the first try, but not subsequently. We've checked the cmos battery voltage, which was supposed to be 3V but actually is 2.7V. I am buying a replacement battery today and I will post the esults.

I cut the broken part off, stripped the contacts on the cable and secured it in place with the part I cut off, in order to match the thickness necessary to hold the cable in the latch. Final picture: 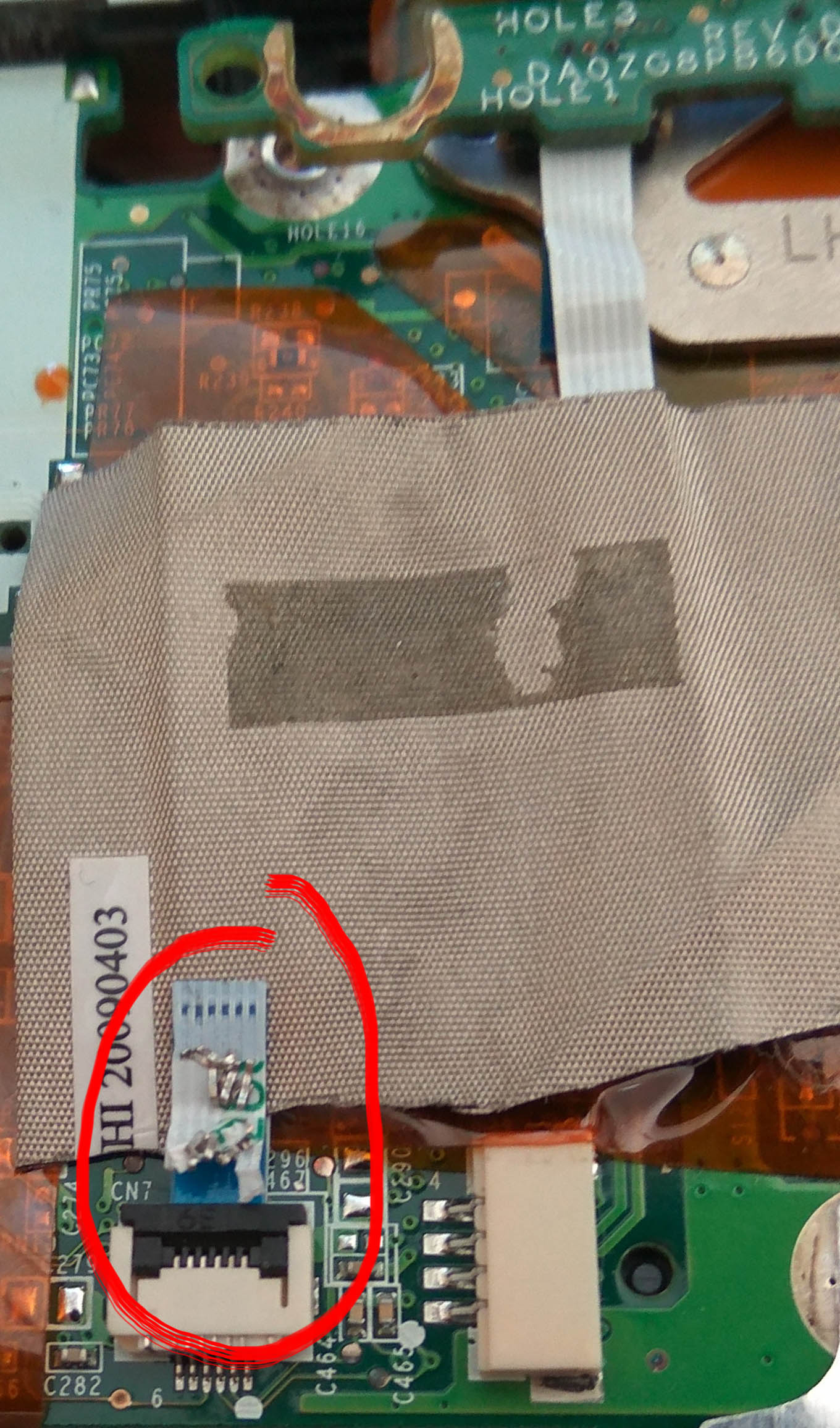 Not the answer you're looking for? Browse other questions tagged boot laptop battery cmos or ask your own question.

5
Laptop dies when unplugged
3
Laptop does not boot after unusual static discharge?
3
What does this beep code mean?
1
Laptop stuck booting into only bios
0
The only BIOS boot option is floppy disk drive
0
Dell laptop battery dies down too quickly off late
0
Does resetting Pavilion dv6 to factory settings also reset any BIOS changes made in the past, setting them back to default?
0
After performing a cmos battery reset, the bios stays the same. Does anyone have any solutions to this?