I just upgraded to a 4k monitor, and supposedly Visual Studio should be able to handle a high dpi monitor just fine. But it's not working for me and I'm not sure why. I have this same problem in Visual Studio 2015 and 2017.

In the screenshot below (taken from a zoomed-in screenshot in Paint.Net so the individual pixel divisions are visible), I have overlapped the Visual Studio window with Chrome, and you can see that the ClearType text is rendered at lower resolution and then scaled with Visual Studio, resulting in a very ugly doubling of the colored pixels, whereas in Chrome, the text looks great.

This makes the code extremely hard to read/edit in Visual Studio, as the text all looks blurry. I have two monitors hooked up, one 4k with the desktop scaling set to 200% and a regular 1080p monitor with desktop scaling set at 100%. I've tried playing around with a few settings, such as cranking up the scaling on the 1080p monitor or changing which one was primary. None of these settings made any difference. Reboot also didn't help.

Since there aren't many levers when it comes this sort of thing I'm at a loss for where else I should be looking at to fix this. Any suggestions on how this could be fixed? 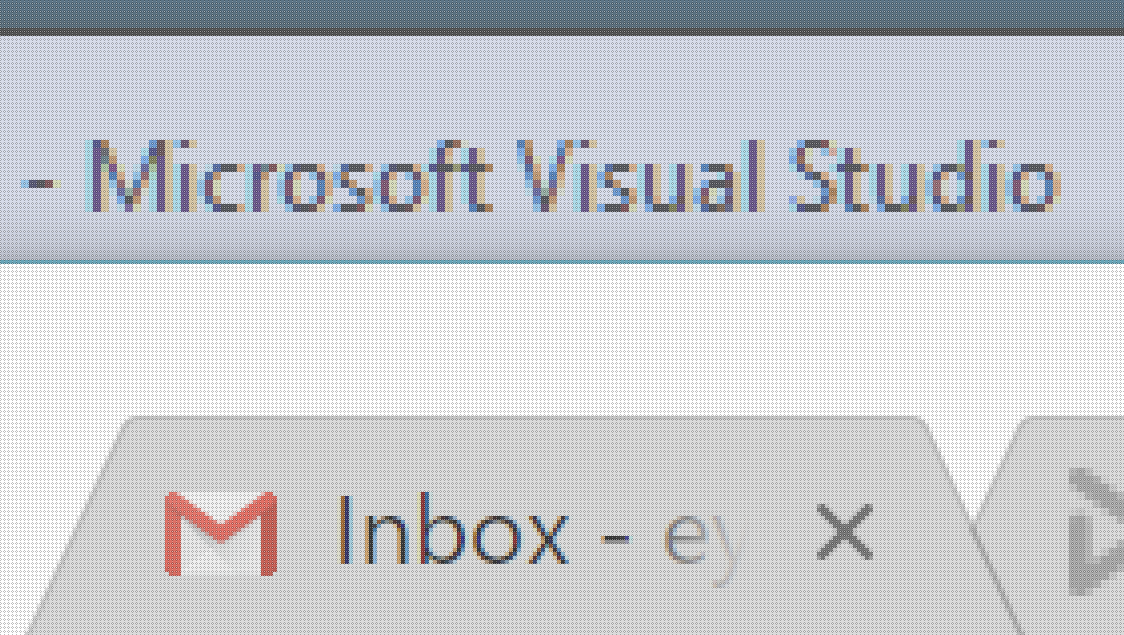 Unfortunately Visual Studio is still not per-monitor DPI aware. If you disconnect second monitor everything should work fine. The only way is to find some DPI that will fit for both monitors, but as you have 4K and 1080p it can be very difficult.

I have similar problem (not 4K, but still running 200% DPI) and at the end I'm using VS only on one monitor.

It is pity that Microsoft didn't solve this problem even in VS2017.

As Eric mentioned, the best solution is to set the monitor that you're going to have VS on as primary, and then log out and back in. It will then look "right" on that monitor and fuzzy on the others. I agree that it's ridiculous that they haven't fixed this yet.

Update2: Never mind, it still looks bad if I set a different scaling amount as my primary.

Another option: You can add a registry entry to make Visual Studio DPI unaware.

The above way is kind of “undocumented”. I did some research but couldn’t find any proper documentation about the dpiAwareness REG_DWORD in the Image File Execution Options key. Setting the REG_DWORD to 1 will make Visual Studio DPI aware again (requires a restart of Visual Studio).

Note: when Visual Studio is DPI “unaware” and display scaling is in effect, fonts and icons may look blurry but the WinForms designer will have no unwanted side-effects.

VS2017 and below are not per-monitor DPI aware. However, I was able to get VS2017 15.9 to work by setting my 4K monitor as primary and restarting my machine (also running Win 10 v1903, not sure if that made a difference). I did NOT change any compatibility settings on devenv.exe to get this work. VS2017 is NOT blurry on my 4K monitor.

I'm still (somewhat) broken though, because I RDP to my 4K desktop from a non-4K device. THAT problem is apparently truly fixed in VS2019:

If you have used Visual Studio across monitors with different scale factors or remoted into a machine with a different configuration than the host device, you might have noticed Visual Studio’s fonts and icons can become blurry and in some cases, even render content incorrectly. That’s because versions prior to Visual Studio 2019 were set to render as a system scaled application, rather than a per-monitor DPI aware application (PMA).

Here's my screenshot (Zoomed in with MS Paint) 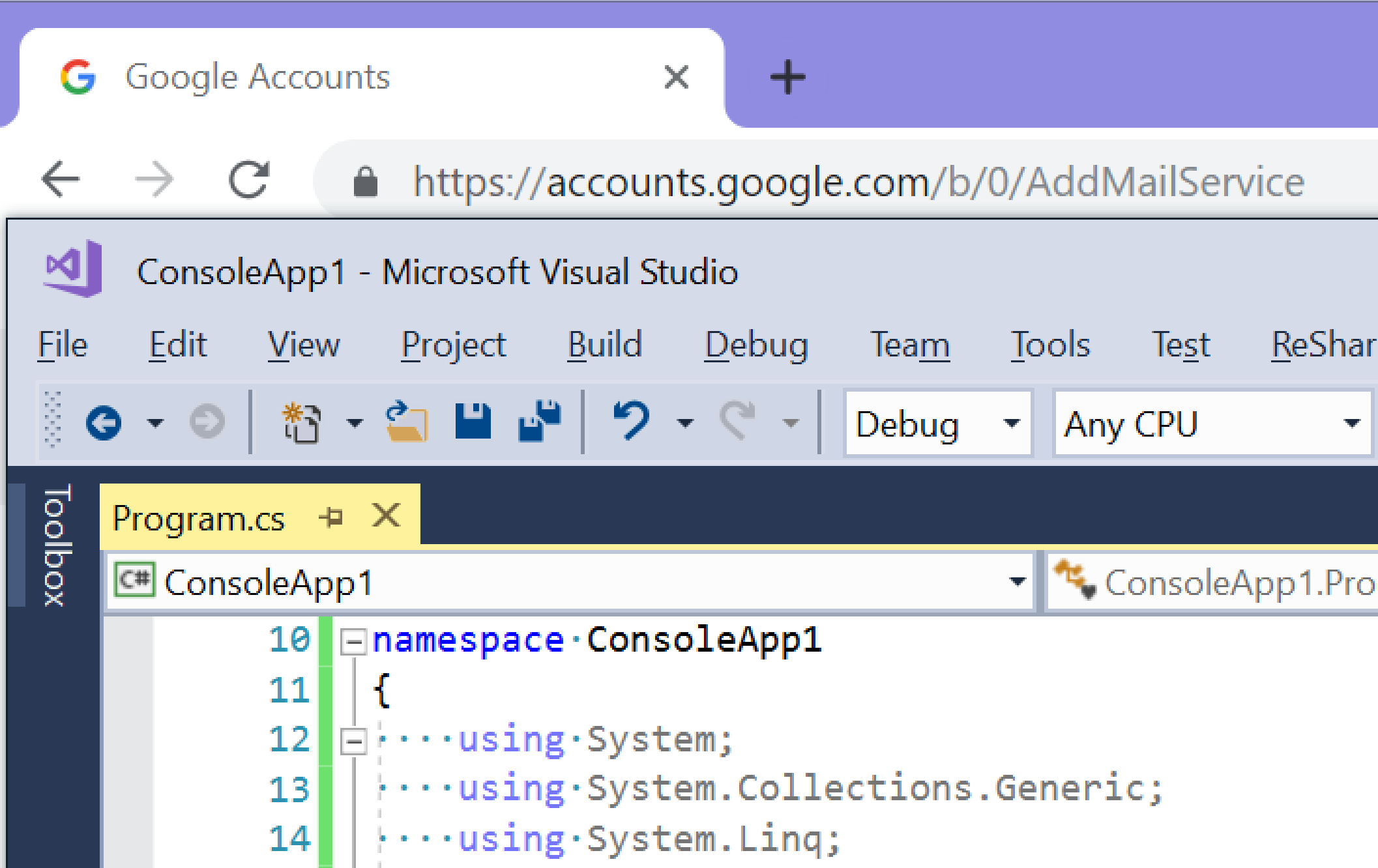 For some reason only Consolas renders correctly in Visual Studio by default; all other fonts (both hinted and unhinted) are rendered horribly aliased. Text Sharp fixes that.

I am not but a happy user, with no affiliation.

17
How do I make Windows scale the taskbar correctly after I switch to monitors with different DPIs?
2
Windows 8.1 DPI per monitor: In which situations does it interpolate?
1
Can I fix the inconsistent scaling of UI controls in Windows 7?
1
Why does Visual Studio have display lag?
8
Can I scale (stretch) a Remote Desktop session locally?
0
Windows 10 display resolution is getting scaled