I have found that after installing the Windows 10 Creators update on 2 machines so far, the desktop icon spacing is such that there is a massive gap between icons at the bottom of the desktop and the taskbar.

Here is the spacing pre-upgrade: 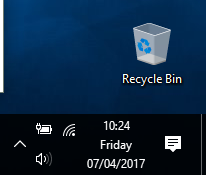 Here is the spacing post-upgrade 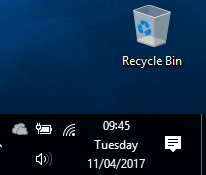 Note that those images are exactly the same size and resolution, so you can see that the desktop grid has changed.

Here they are side by side:

I have tried things like changing the icon size, but it doesn't help, as I suspect the grid itself has changed meaning that is as low as it will go.

I know it's only a minor thing, but it makes the desktop look a little silly, and turning off align to grid has the potential to look even worse.

I don't think it has anything to do with small taskbar icons, but might be related to double height taskbar, as turning that off, the gap is much reduced.

Does anyone know how to fix this positioning so it goes back to how it was before the install of the creators update?

It can be fixed by changing some registry values. Go to this location in regedit :

To solve this problem you need to increes the value of IconVerticalSpacing.

(You can also play around with the IconSpacing value to increase horizontal gap between icons.)

By default,the values of both IconSpacing and IconVerticalSpacing is -1125 in Creators Update and in previous versions too.*

You need to change the IconVerticalSpacing value to -1200 and then sign out and log in again,and it will be same as previous version.

You can also use Winaero Tweaker to change the icon spacing with a nice user interface. 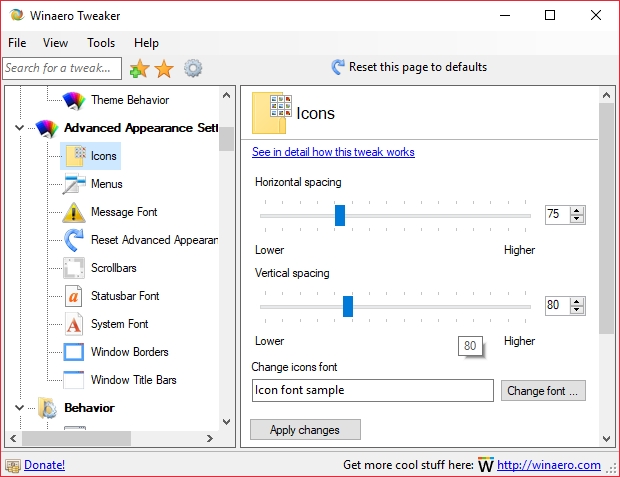 Currently, holding CTRL and scrolling is the closest solution. I found this to work absolutely fine.

Not the answer you're looking for? Browse other questions tagged windows-10 icons desktop dpi windows-10-v1703 or ask your own question.