Please note: The folder is almost 160 gigs and I currently only have access to a very slow connection so I have to keep the files that are already uploaded and can't just recopy the entire folder into the cloud like when I had fiber optic. The folder contains 18,873 Files so manually comparing files is also not possible.

To future readers with the same problem: Using the command net use described in the duplicate problem will not allow replacing the cloud version with the local version because it maps the drive as if using the onedrive app(where OneDrive automatically downloads synced folders: 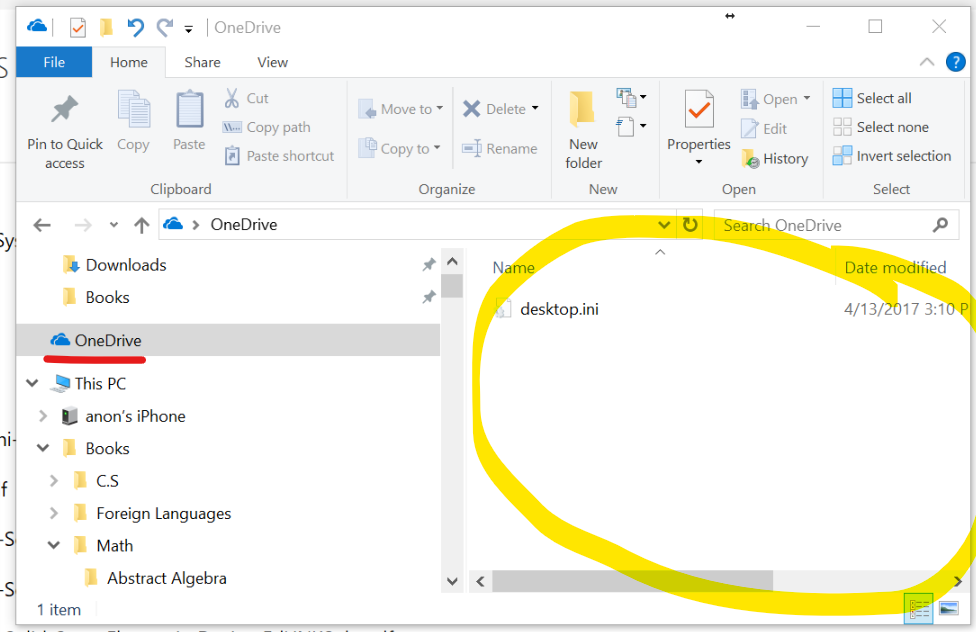 Whereas the way described below maps the drive as I needed:

For future users: I solved my problem by mapping the drive using the instructions with pictures found here on laptopmag.com. In Case the site moves etc...

Please note: The alternative command line method described on superuser here using net use does not work for my problem as it caused the drive on my computer to map as a one drive folder which is no different that using the app.

For some reason the Gui map as network drive created a mapped drive that I can copy the folder to the existing cloud folder. Robocopy automatically ignores identical files in source and target while changed local files replace the destination cloud files. With /mir option the files on the destination that aren't in the source are removed so for now I can get by with robocopy .\src .\dest /mir.

Update: Using robocopy used to work or has worked before on onedrive mapped as a network drive, however as noted in the comments by some at the link I got permission errors in creating folders and files "ERROR 5 (0x00000005)" when using robocopy. As an aside syncback pro worked great as a temporary solution because it has a full featured 30 day trial and I only needed to do this once but it is a paid app which is not a valid answer to a question. There are always free solutions and alternatives, one that I haven't tried can be found here.

Not the answer you're looking for? Browse other questions tagged windows onedrive or ask your own question.

7
Use OneDrive as additional backup location
3
How can I save automatically my files to OneDrive or Google Drive without store in my computer?

7
Using the same local folder for Dropbox and Skydrive
0
If I cancel my Onedrive subscription, will the local files remain intact?
0
What happens if I delete the files from Desktop synced folder?
1
How to change the sync folder of OneDrive Desktop Application
1
Move files from local disk to OneDrive without duplication, Windows 8.1
2
Avoid getting OneDrive search results for local files
0
Does it make sense to use my local OneDrive folder as my actual work folder and keep local copies of files only *and only* there?
1
How do you reset MS OneDrive so files will sync?
1
Sync shared folders to local machine in OneDrive for Business