I'm traveling to Asia and using one of their fiber ISP, they give me a modem combo that have wireless router built in. It have a RTL8192ER chipset for wireless, which is 2x2 MIMO, but there's only one antenna on the PCB. I do get 300Mbps indication on some devices, however Wikipedia says it's not possible to have 2 streams on a single antenna.

So is it only capable of 1x1:1, despite of the 300Mbps indicator on some wireless clients?

I tear it down and here are 2 photos for both side of its PCB: 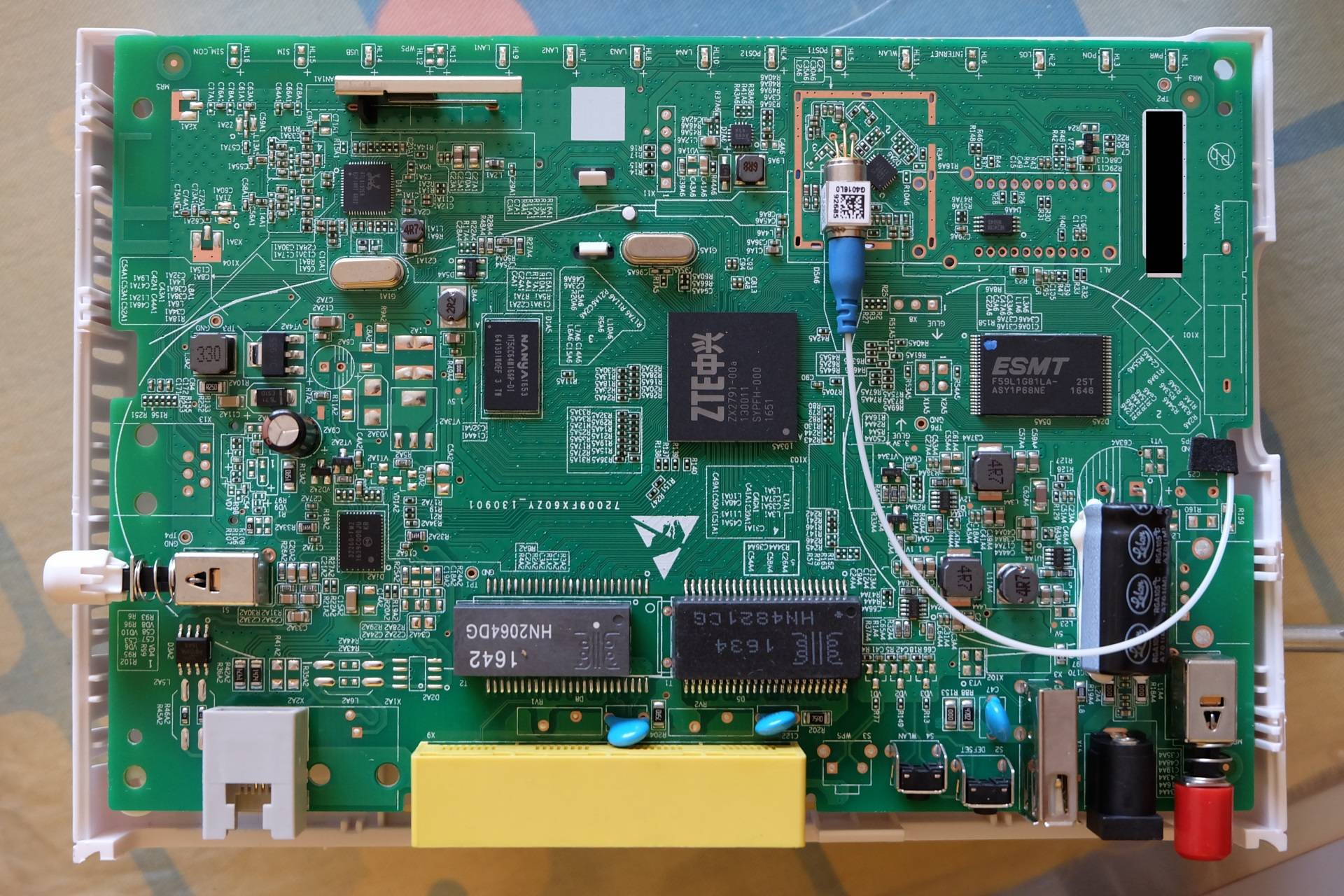 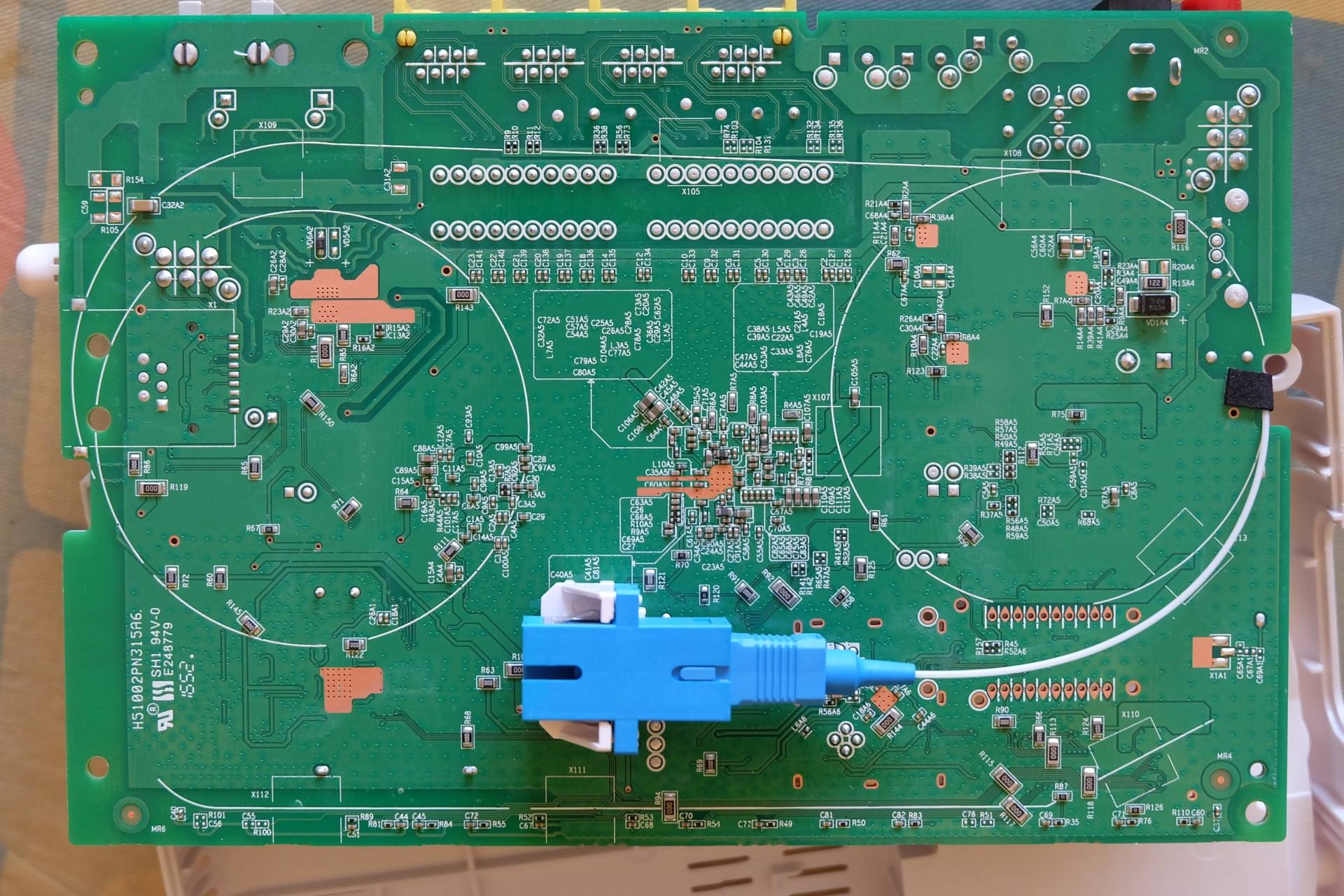 I'd guess that one antenna is the bigger piece of metal, and the other antenna is a PCB antenna, judging by the RF circuitry leading to it. The 300 Mbps measured on your client is also an indicator for MIMO being used here.

(also there are 2 footprints for external antenna/U.fl connectors on the board)

MIMO works by using the fact that on antennas in different places, the radio waves will arrive with a slightly different phase. And this phase difference in turn depends on the location of the sender, so if there are two senders in different locations (or one sender with two antennas), both senders can be distinguished by a receiver with two (or more) antennas.

Vice versa, by sending out radio waves with a phase difference on different antennas, you can force better reception in some places (and worse reception in others). This is also called beamforming.

So you definitely need multiple antennas to make MIMO work, because it's required by the physics MIMO is based on. Just like you need two eyes for binocular ranging (a form of three dimensional depth perception).

The clients may recognized that the chipset supports MIMO, and maybe even may try to make MIMO work if the chipset doesn't know it has only one antenna, but physically several streams just won't work.

That said, it's often not obvious where the antennas are on a PCB. One antenna could be integrated into the PCB, or the blue thing could house two antennas, or ...

If there is only 1 antenna its only capable of 150Mbps (assuming it can handle wide channels). Actual throughput will, off-season be less.

In order for MIMO to work multiple antennas are required on both ends so that differences in signal paths can be measured and used.

1
Network Performance: Coax Splitters, Routers, and Switches
0
Router with MIMO upgrade antenna
0
MIMO vs phased antenna in rapidly changing environment
0
Would installing a dual band antenna on a single band 2.4Hz router cause issues?
0
How to Add a Signal Boosting Antenna to a Wifi Router that doesn't Have an Antenna off the Shelf?
2
Do non mu-mimo devices benefit from mu-mimo router?