I just got a new laptop (specs below), but it seems that the cursor is not anti-aliased.

It looks even worse, when I apply shadow at the cursor.

But, it looks great and looks like its anti-aliased, when I enable the Pointer Trails.

I also tried other cursors / cursor schemes, but that don't work either.

I can't take a screenshot, because the screenshot doesn't show the cursor ... 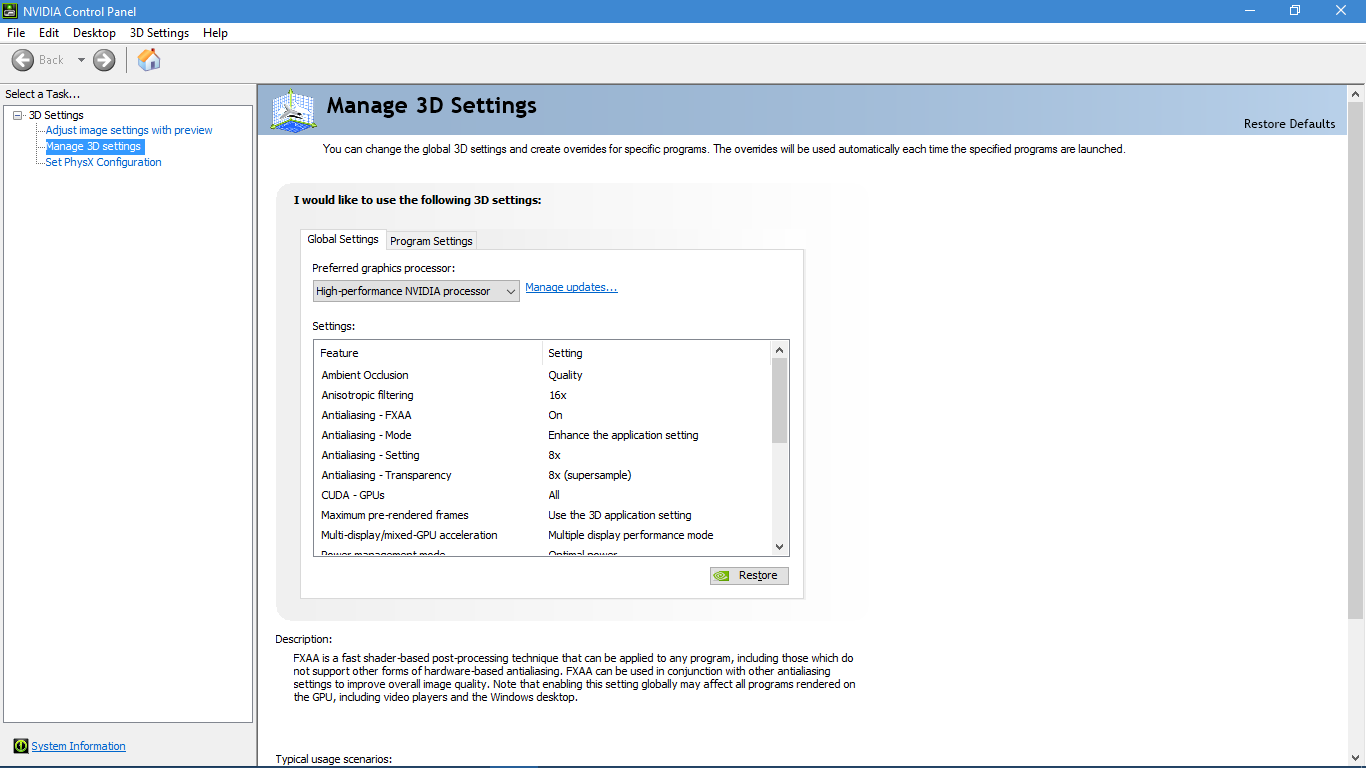 *  As you can see above, I have enabled Anti-aliasing on the computer's Graphics Card, and set it to the highest level as possible, but it only "anti-alias" the "other graphics" on the screen, but not the cursor.

*  Using ShareX to capture the screen, including the mouse cursor (or the mouse pointer) would not work, because it makes the cursor great on the image, but not on my screen.

Browse other questions tagged windows-10 anti-aliasing mouse-cursor or ask your own question.

48
Print screen with cursor in Windows 7

0
can't disable anti-aliasing on second monitor on Vista (Lenovo ThinkPad T500 2055)
0
Turn off font smoothing in SeaMonkey for Windows
2
USB lag when mouse cursor changes
5
Why does windows cursor not move at 60fps?
2
What's causing this visual glitch with my mouse cursor?
0
Whenever I watch a video the screen gets brighter when the cursor disappears
0
Mouse pointer issue (cursor “skips” or “slips” and doesn't change cursor image)