How do I get my printer back?

I've been configured to print via a Windows XP box (functioning purely as a print server) for awhile. Things were great, progressed from Vista up through Windows 10 1607 on the client side without any issues. Then I installed the 1703 "Creator's Update". I can no longer print. Windows 10 refuses to see the XP box nevermind the attached printer. Is there any trick to get back the ability to print to Windows XP print servers on Windows 10 v1703? 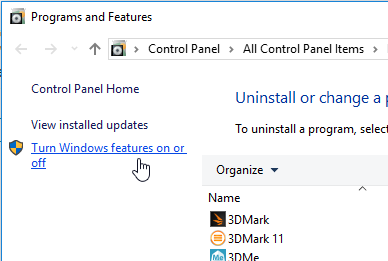 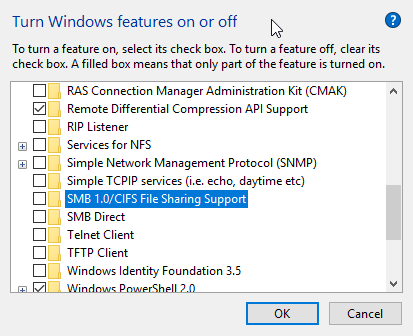 Although as far as security goes this is terrible idea. You might get it to work again this way.

I have had the same problem every time a Windows 10 update hits, disabling access to the XP machine which is also my print server.

I don't have a cut-and-dried certainty answer, but I've had to repair it numerous times. Part of the problem seems to be that 'Workgroup' disappears and 'Homegroup' is substituted.

I don't want to reconfigure all of my network - especially as XP doesn't understand Homegroup - so restoring 'Workgroup' on Win10 is the first step. This may restore some visibility of the XP machine to Win10. (The XP-PC may also need rebooting. In the worst case, I've had to reinstall XP on the print server to get it visible as a PC to Win10.)

If you can now see the XP-PC from Win10, try removing and adding your remote printer on the Win10 PC. You may also need to do the same on the XP-PC. This is usually enough with reboots, but it is incredibly frustrating and time-wasting.

This doesn't seem to be a selections issue, so much as permissions and general configuration becoming screwed up'?

Not the answer you're looking for? Browse other questions tagged windows-xp printing windows-10-v1703 or ask your own question.

1
Why is my Current Printer unavailable in Office?
0
Windows XP "The Handle is invalid" when opening .lnk file
0
How to grant free access to network printer A while keeping access restrictions for network printer B
0
Windows XP/Firewall -- Can't open UDP port 9100 for JetDirect sharing
1
Why can this one user not print to a printer that someone else in the same office can print to?
1
Is there a way to make the connected printer the default printer in Windows?
2
How can I use CUPS' basic authentication from a windows client?
1
How can I deselect a default printer in Windows 7 and get back to no printer selected as default?
0
Printer do not print, job just disappears
0
How to print from Windows 10 to a USB printer connected to a LinkStation NAS