Hardware 101: I want to build a simple Linux server using an old internal HDD (Seagate Barracuda 7200.7) stripped from a PC tower. Originally, it was the booting drive of a factory-shipped HP tower bought in around 2003, complete with motherboard and all. I took the tower apart and discarded the motherboard (probably a big mistake).

Anyway, I tried to test the drive by spinning it up. It has a SATA port, a jumper block, and an exposed logic board. After googling a bit, I got the impression that I didn't need to engage the logic board or the jumper block. 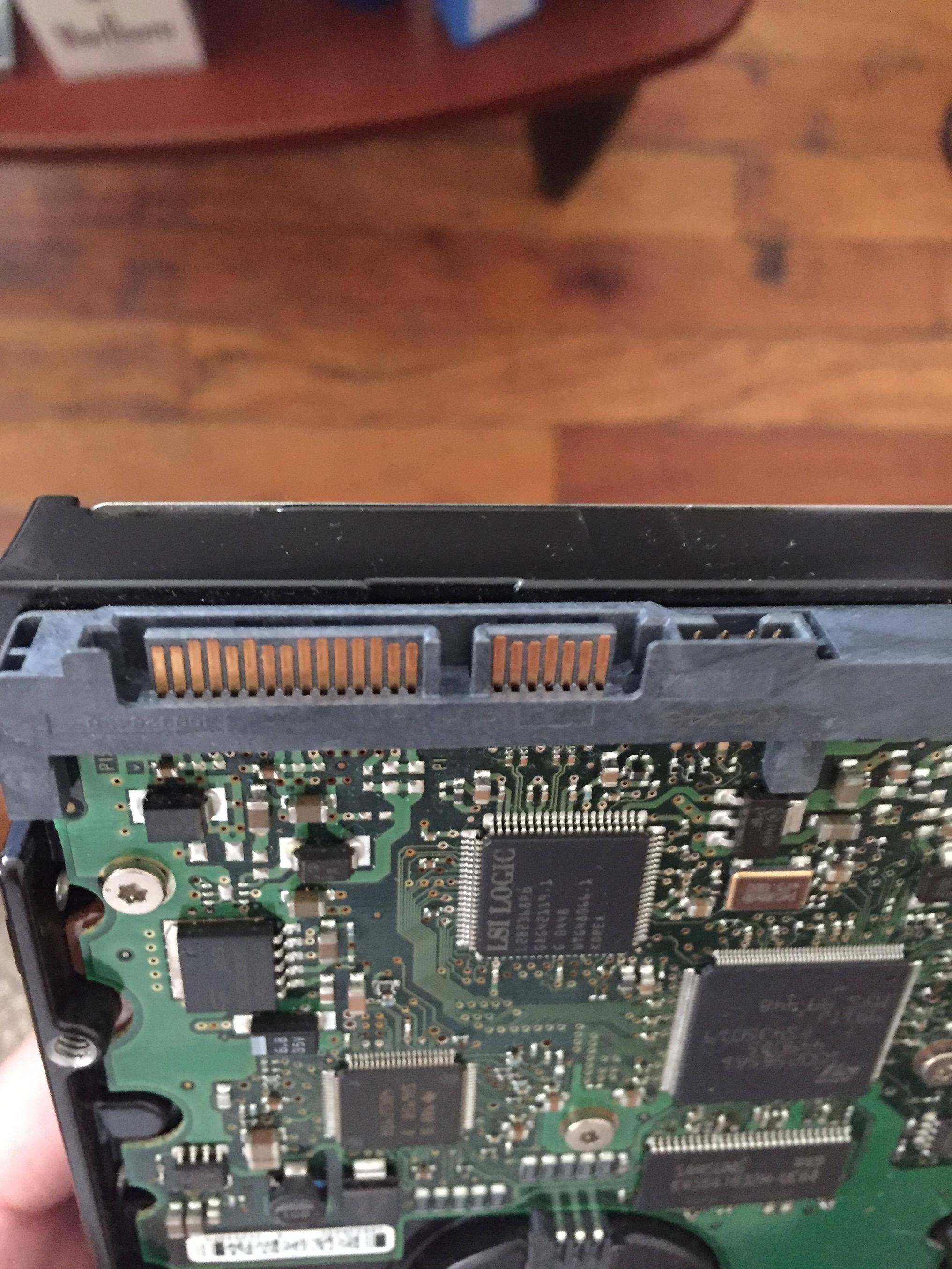 I bought a generic SATA-USB powered adapter from Amazon and hooked it up. The adapter powered on but the drive didn't respond at all. 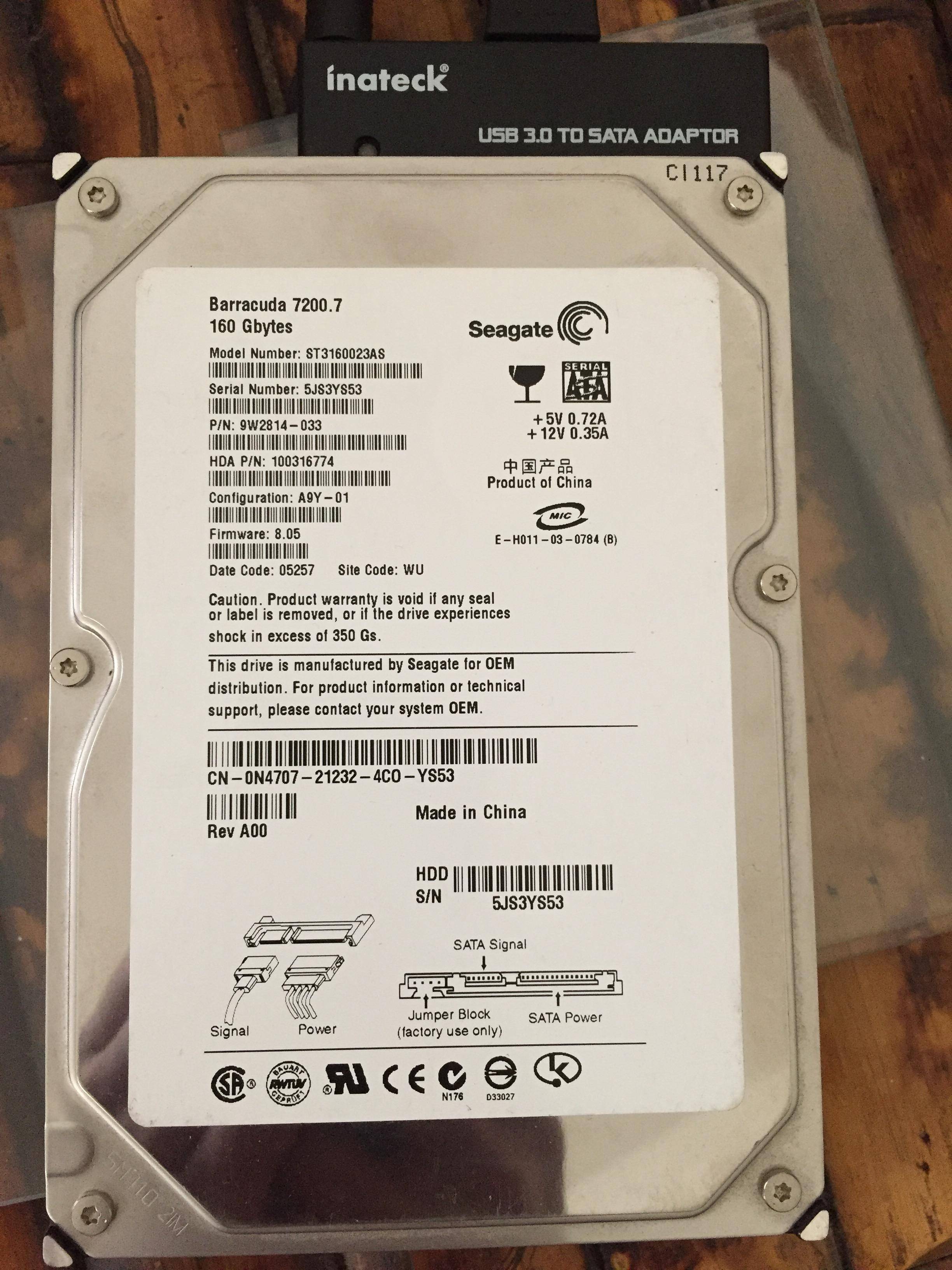 Does this mean the drive is "dead" in the sense that the electronics aren't functioning, or am I just engaging them incorrectly? I don't necessarily need to use it as a booting drive, but at the least it should function as storage. If it is indeed dead in the electronic sense, I'm hoping the 160G of memory can still be used (not to mention the existing data I'm interested in extracting), provided that it's fitted into a functioning electronic environment.

What can I do to create a functioning electronic environment for the memory chip? How should I mess with the logic board and connections? What additional gear do I need to make it work?

This is a 3.5" drive, which needs a voltage of 12V and much more power than USB2 can deliver. A USB3 port might give enough power, but those adaptors are typically designed for 2.5" notebook HDDs, which don't need 12V.

I don't think there are interfaces which can output 12V, so you need a solution with an extra power supply.

Two conditions should be met for drive to start:

Only then drive will start spinning.

Not the answer you're looking for? Browse other questions tagged storage sata hard-drive or ask your own question.

15
Connecting Internal SATA HDD to eSATA
1
Why does my motherboard not pick up PATA HDD using a SATA adaptor?
1
HDD is very slow after voltage drop
2
Second opinion? 2 dead hdds, and 1 hdd that works on another tower
1
What are (other) possible reasons for ``ata: hard resetting link``, after manually replacing head and electronics?
1
IDE to SATA converter not working. Incompatible or faulty?
3
SATA drive not spinning, but powers on with USB adapter