Apple's tight integration of POSIX-compliant file paths and a command line interface, and their historically strong hardware and manufacturing standards have had me on the Mac platform for years. However, Apple's recent disappointing and lackluster focus on MacOS and their hardware, and a Lenovo X1 Yoga, 2nd Generation, has caught my attention.

Switching OS's, however, has two seemingly insurmountable areas which concern me. This post focuses on Text-to-Speech OS integration.

I've been through the Microsoft Narrator documentation, which I've found unhelpful. Granted, my use-case isn't related to being visually-impaired. One of my use cases is for Narrator to only read selected text, as I outline below. For example in this 2012 SuperUser post, the questioner has the same issue, with no satisfactory answer provided.

I also wish to emphasize that "copy and paste into a third party TTS application" is unsatisfactory. On my Mac, I can provide an input, and get an MP3 TTS file with no user intervention in-between, for my #1 scenario, below. I perform this only with Open Source tools, too, except for the "say" command.

I've long taken advantage of Mac's Text-to-Speech integration. I use it in three specific ways, though a combination of the below defines 90% of my use-cases.

I'm open their may be different but similar ways to do the above. "Copy and paste into notepad" however is a kludge as well. I'm hoping MS did their accessibility homework and deployment as well as Apple has.

Some notes to self as I continue to explore this question

MS Office has supported text-to-speech long before it was integrated into Windows (since Vista). As a result you can always open MS Word and have it read the document for you. Just add the Speak button to the ribbon/Quick Access Toolbar then select the text and click it, or assign a shortcut to the speak feature 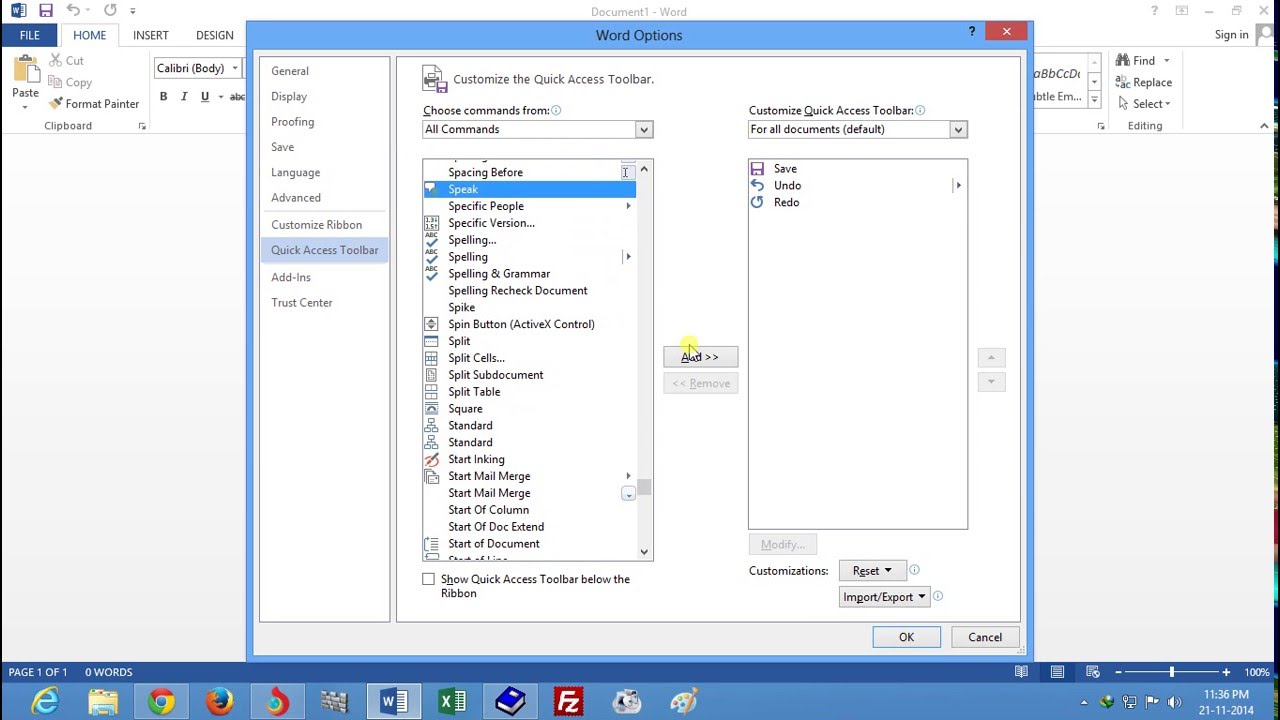 Narrator also supports this feature. You just have to check the shortcut list

How to tell Windows 8 Narrator to read only what I specifically tell it to read and remain absolutely silent otherwise?

Windows 10 supports Scan Mode to help you go faster. It can be toggled by Caps lock+Spacebar

However Narrator doesn't work well will MS Office so you need to copy the text to an external application. This can be achieved with an AutoHotkey. It'll need to copy the selected text and feed to the below VBS script

Stupid Geek Tricks: How to Make Your Computer Talk to You

I don't think there's something different when reading a webpage compared to a simple text. But check this How to use narrator for reading the content of web pages?

Some other TTS applications on Windows can be found here

The text reading output can be recorded with tons of software out there. In case you don't want to hear it and just need to save the output file then use any stream mixing software like GraphStudioNext (included in K-lite codec pack) and redirect the output stream to a file; convert to mp3 before that if needed

All the things above can be automated with a script. Forget the batch file, PowerShell is very powerful and can do anything that can be done with Bash. It can strip format from text and edit it so no need for the vimscript. There's also vim for Windows. Or if needed you can always install bash on Windows or Cygwin. GUI automation can also be done with AutoHotKey.

Not the answer you're looking for? Browse other questions tagged windows-10 mac accessibility text-to-speech or ask your own question.

21
How to tell Windows 8 Narrator to read only what I specifically tell it to read and remain absolutely silent otherwise?