I have a bash script postCloneSetup.sh:

I trigger a bash script from Windows command prompt.

It opens another window and then returns. The window it spawned stays open and logs output text. 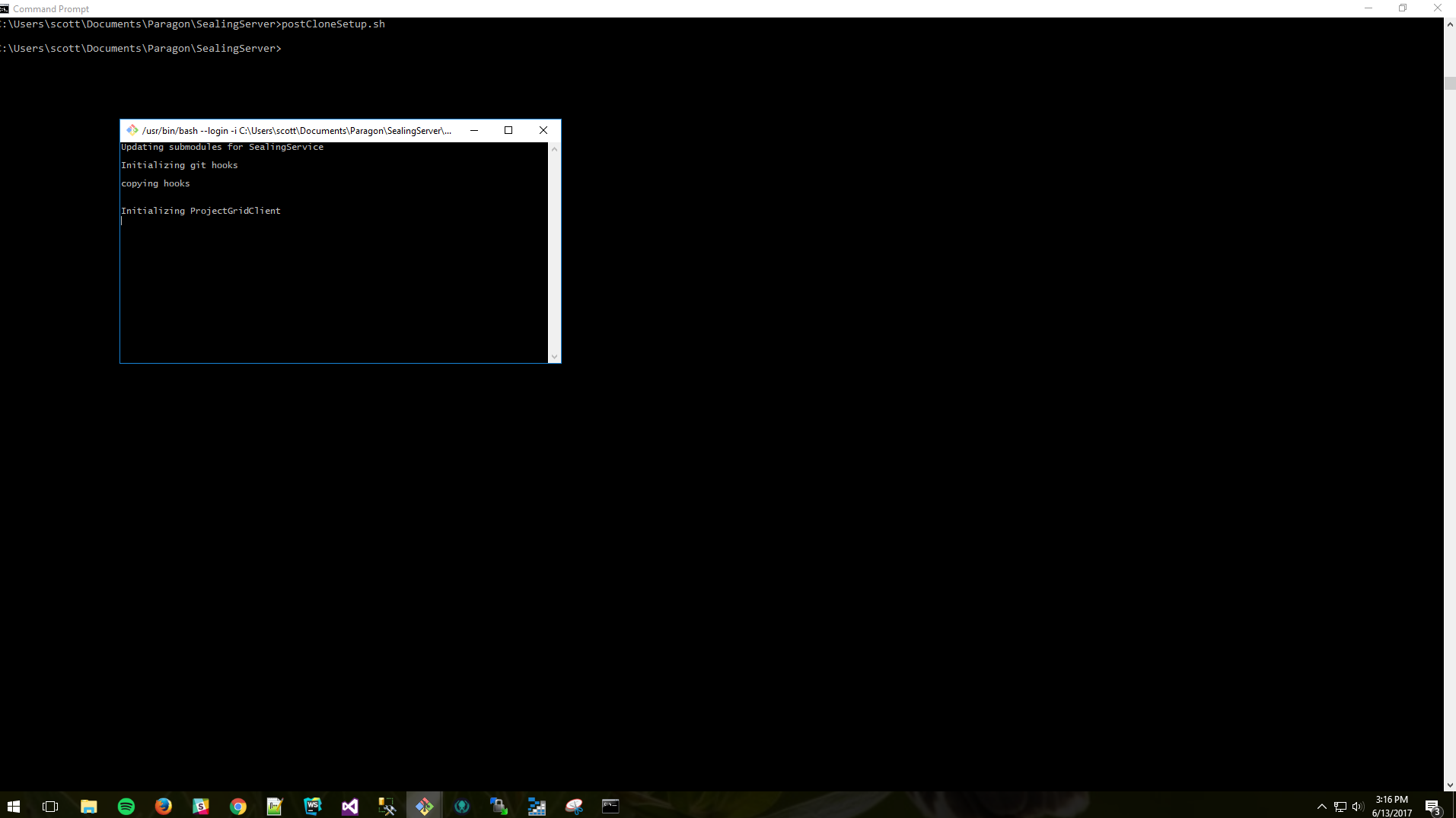 I want to capture the output from the spawned window (the text written to the console) and return that to the Windows command prompt.

for the Windows command prompt.

I'd prefer not to modify postCloneSetup.sh. I know I could have it write out to a file with

but then I must wait and manually run

to see the output in the console. This is not possible for integrating into a CI engine, which is my goal.

How can I capture the output from the spawned console in one command?

To use Git Bash, and execute

I came across this question when looking for a solution for something similar. In our set up we use Git Bash on Windows (specifically at the moment "GNU bash, version 4.4.19(1)-release (x86_64-pc-msys)") as a part of development environment for Windows, we have some scripts that we want to test via GitLab CI exactly in this environment: to execute them under Git Bash, and see the output in CI job.

May be a similar result can be achieved with Windows Subsystem for Linux, but as Git Bash was our requirement, we didn't investigate how it could be done with WSL.

So, a solution/workaround that I would propose from my experience is to install "Git For Windows" https://gitforwindows.org/ (Git Bash is a part of it), and run bash scripts via Git Bash as described above.

Topic Starter mentioned that running a script from CI was exactly his goal (quote: but the other "script" is just running it from the Windows command prompt. In the CI engine that is what is happening, link), and that was our use case as well, so I'm adding an example of CI job configuration (GitLab CI in our case, ".gitlab-ci.yml"). It is important to get all escaping correct to make it work, and it took us a couple of errors to do it right:

It seems that your question has already been answered. https://stackoverflow.com/questions/2323292/windows-batch-assign-output-of-a-program-to-a-variable

I think you want that:

Not the answer you're looking for? Browse other questions tagged linux windows command-line bash shell or ask your own question.

0
Cron fails the script command
3
How do I run "yum -y update" from Bash Script?
4
How do I store all command outputs and errors?
0
How to capture diff output from find command exec?
10
How do I output 256 or even 24-bit colours in Git Bash?
4
Start systemd-nspawn and execute commands inside
1
Possible to change text color in Bash console from powershell script
1
Saving output *and commands* from Windows Command Prompt and/or Git-Bash