I have a workplace based on my ASUS N552VW laptop with UltraHD screen of 282ppi with a connected external monitor LG L226WTQ-BF of 96ppi. The ASUS screen is the primary screen, and currently I'm using the scale factor of 300% in my OS. When I launch the latest Word 2016 from my Office 365 subscription (Version 1705, Build 8201.2102 Click-to-Run), it looks fine on my primary ASUS screen. However, when I drag it to the secondary screen, the Word app picture is re-scaled.

MS Word is a system-dpi-aware application, so it was ok to see this behavior until Windows 10 Creators Update in April 2017. The Microsoft Windows developers working on this part of the OS state in their well-known blog post that this problem should have been fixed in the latest updates of MS Office 2016, but I still experience this problem.

I thought that I could override the scaling behavior for the Word app like I can do that for other exe apps in the Properties dialog using the new Override high DPI scaling behavior combo box: 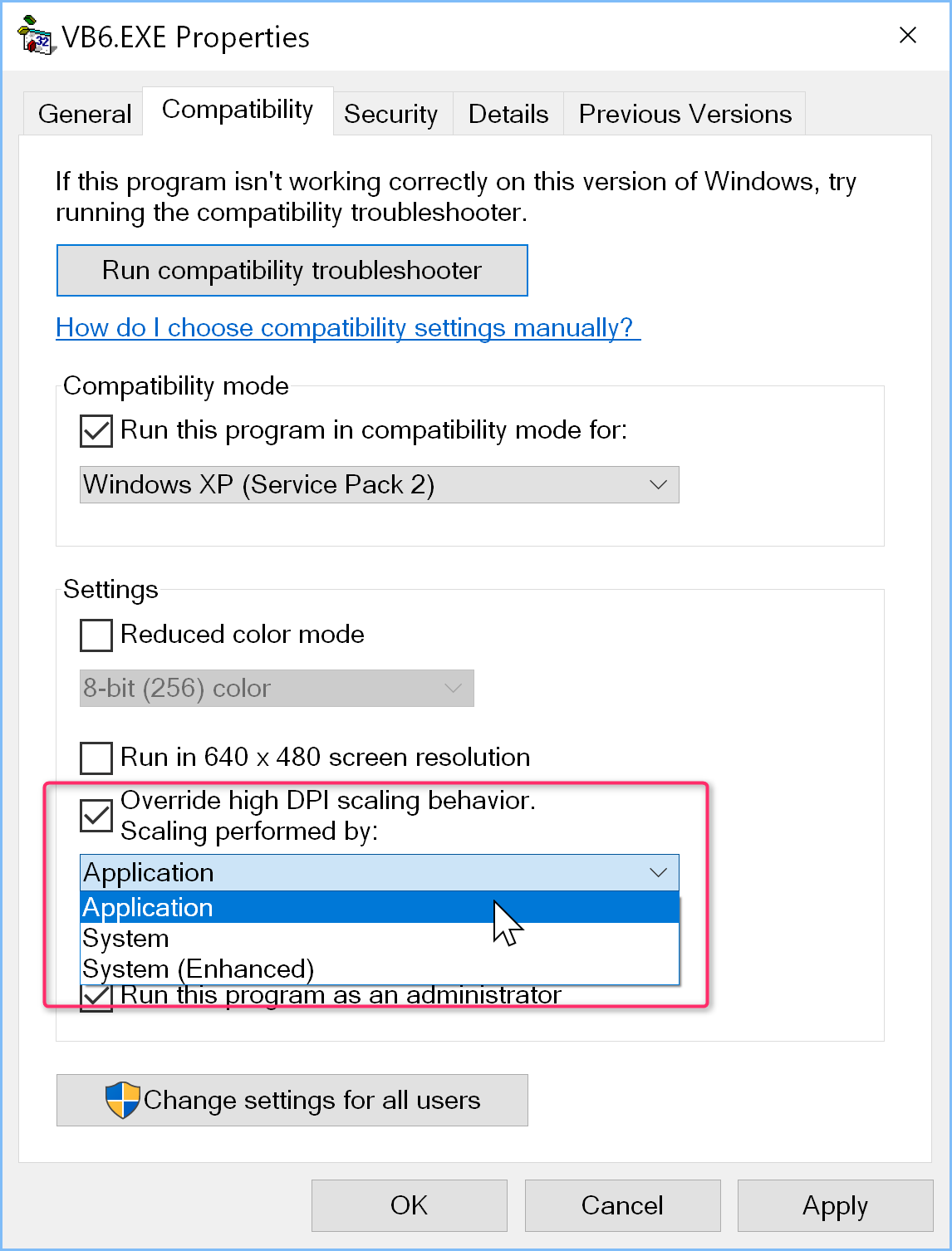 However, the Compatibility tab in the file properties dialog isn't present for WINWORD.EXE.

Am I doing something wrong? Is there a way to make MS Word 2016 looking crisp on both monitors I am using?