Computer Shuts itself down, event log gives no info

This has been a reoccurring problem that has gotten significantly worse recently. The event log doesn't list what caused the shutdown, just says computer shut itself down. 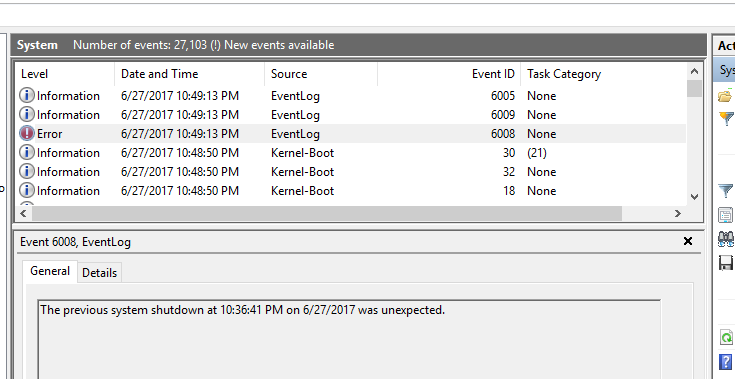 I opened up the computer afterwards to see if anything is overheating. The only "hot" thing in the computer is the heat sink, but whenever I put fans in front of my computer and take the side case off, it helps/stops it from shutting itself off. Just noticed my graphics card's fans don't spin. They spin weakly for like 2 seconds on and off during boot and then just stay off. Tried moving it to a different slot, didn't help.

Usually when my PC shuts down, it's because I have several things up that use a lot of CPU, plus I run OBS, a streaming software. Could anyone point me in the right direction to diagnose this? I've tried so many different things and just can't figure it out.

OBS is a graphics intensive program as it encodes video, which means that your graphics card would heat up even more. Computers usually turn themselves off when they detect a component overheating, which would most likely be your video card as the fans are not spinning. Opening the case and using fans will definitely help, but it will not be a permanent solution.

Because windows does not have any other evidence of a reason for shutdown other than saying it was unexpected, means that it is either a hardware issue or the BIOS shut down the computer.

The graphics card itself may have a loose power connector (two 6-pins I believe) directly to the power supply, or the fans may be dead.

Not the answer you're looking for? Browse other questions tagged windows-10 cpu shutdown or ask your own question.