My 4 years old OCZ Agility 4 is hiccuping after being moved to a different system. This SSD was my main drive until a month ago and I first noticed the "Event ID 153 - The IO Operation at logical block address xxxx for Disk y was retried" 1 year ago.

Nothing alarming, and SMART data was good. It might have nothing to do with my current issue, as I do get the very occasional data_overrun on my brand new SSD.

After I upgraded the computer I moved the OCZ to a laptop. I formatted it and performed a clean install. I've been experiencing freezes since then.

The issue: Whatever program I'm using will become unresponsive for a couple of seconds, but I'll still be able to move the cursor around and even alt+tab. Whatever program becomes active will become unresponsive as well, and that lasts until the SSD responds in 2s-10s. I don't get a single event 153 in hours, I get ~10 of these at once during the freezing incident, and that happens multiple times an hour. If I happen to be running a SSD benchmark at the time it'll output either 0MB/s or fail. 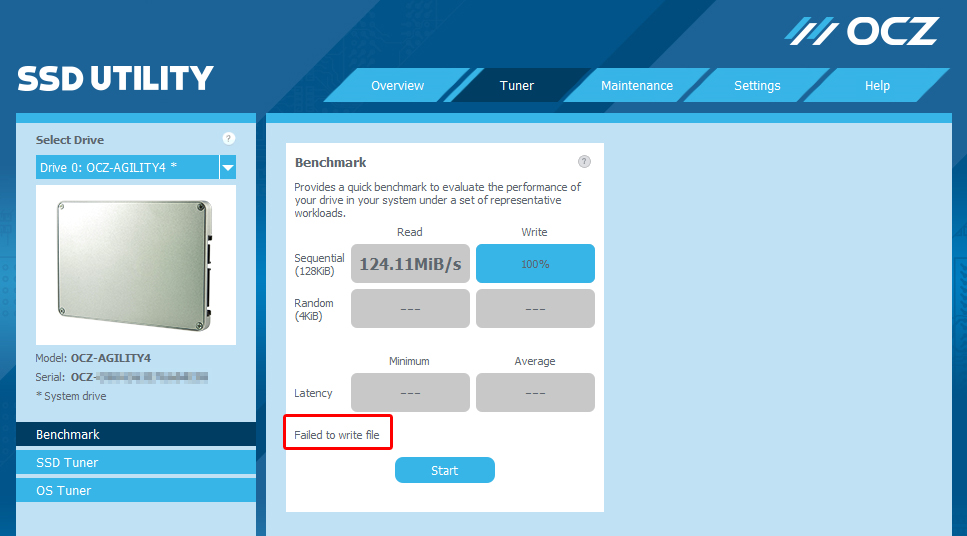 When the drive doesn't hang the benchmark runs smoothly. 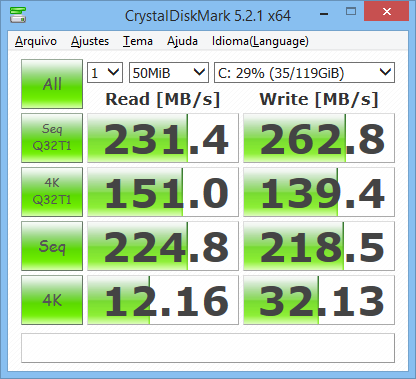 I don't get the event 153 if I'm using an external adapter to plug that SSD to an USB port. I wasn't able to determine if Windows just doesn't report that event if the SSD is connected to the USB (the event 153 was only introduced in Win8, it might not support USB data) or if the issue doesn't happen at all.

The SMART data doesn't look too bad to my untrained eyes: 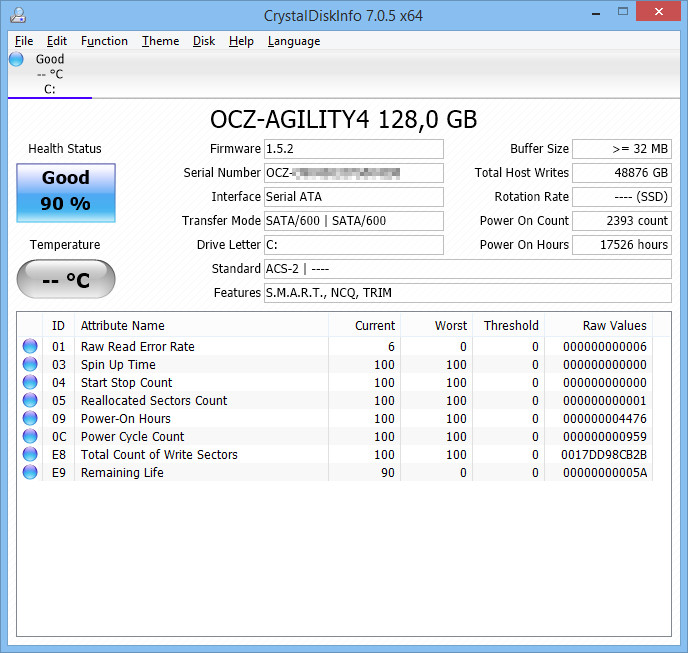 The SBR error happens when the HBA returns a nonspecific bus error.

Could that be caused by a bad SATA adapter? I didn't try a different adapter yet because the model is difficult to find. If it's not the adapter, what can I do to mitigate the issue?

You might be a victim of the Intel Cougar Point (6-series) chipset SATA bug.

As far as I can tell, your system uses the HM65 chipset. This, and other 6-series chipsets, were affected by a problem in the SATA 3 Gb/s ports (ports 2 through 5) where a transistor is driven with excessive voltage, resulting in premature failure. The 6 Gb/s ports (0 and 1) are unaffected. See also: How to avoid purchasing Faulty "Cougar Point" Chipset motherboard?

If your SSD is connected to one of the 3 Gb/s ports (and I can't quite tell because CrystalDiskInfo indicates 6 Gb/s while benchmarks suggest 3 Gb/s), then you might be affected by this bug. This would probably be the case if the SSD is installed as a secondary drive on the system. Unfortunately, this means that the 3 Gb/s ports are unusable, leaving you with just the first two SATA ports to work with.

If the drive is in fact connected to a 6 Gb/s port, the issue may be elsewhere on the motherboard, though chipset failure cannot be ruled out.

Not the answer you're looking for? Browse other questions tagged hard-drive ssd performance freeze hardware-failure or ask your own question.

0
OCZ Onyx SSD will not boot until power turned off and on
0
SSD Performance showing as 'bad'
1
ssd not recognized by windows 7
18
Windows 8: 100% SSD Activity, 0 R/W Speed: System Hang Issue
3
Event ID 153 and 129 for three month old SSD. Did I buy a faulty SSD?
3
Faulty HDD or SSD?
1
SSD freezing after fresh windows 10 install
7
SSD with write cache buffer flushing turned on is way slower in AS SSD but not CDM
1
The IO operation at logical block was retried and CRC errors in S.M.A.R.T
0
Why are my badblocks results inconsistant with SMART results for an SSD?