Windows 10 brought new PATH environment variable editor, but for some reason, it just stopped working for me.

The odd thing is that path editor is "broken" only for system variables.. in case of User variables, the editor is fine. 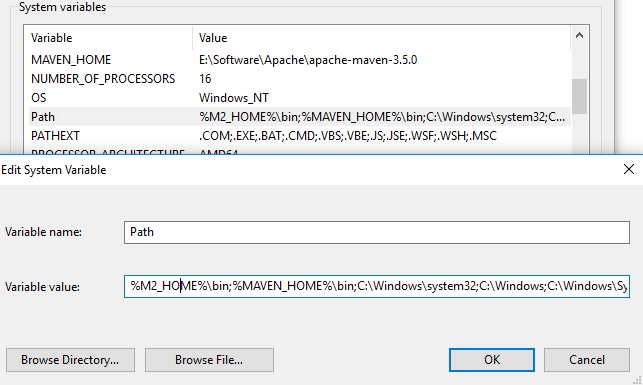 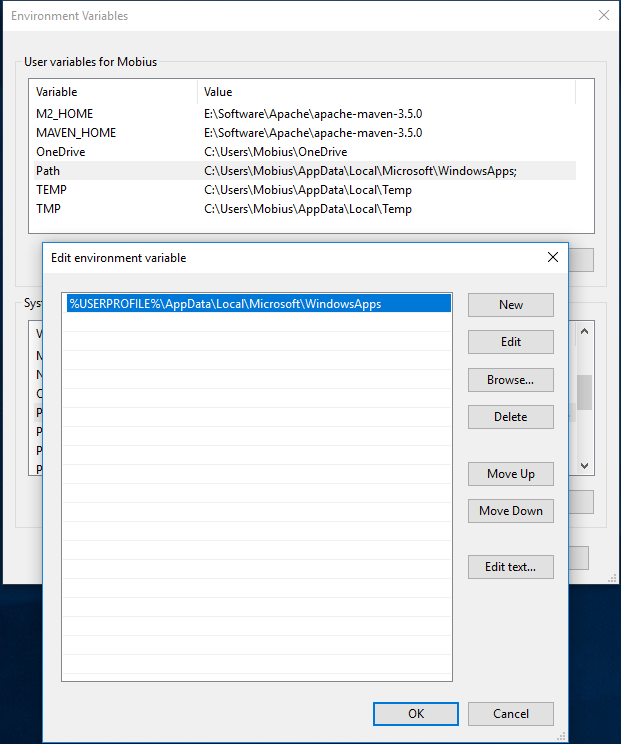 As you can see, both are editing Path variable, however both use different editor. This is quite infuriating, have you ever encountered such error?

For example, if my Path environment variable were set to %SystemRoot%;%MyAppPath%\some\subdir;..., it would be editable in the Path list view editor, since SystemRoot is a built-in environment variable. If you swap the first two paths in that example, I observed the symptom you describe (that editing the Path variable results in opening the standard text editing dialog instead of the Path list editor).

To fix this issue, ensure the first entry in your Path doesn't start with a non-built-in environment variable.

Not the answer you're looking for? Browse other questions tagged windows-10 environment-variables path or ask your own question.

1
Lost Path environment variable, how to restore?
23
Prevent Windows System %PATH% from being prepended to user %PATH?
2
Changing the system path variable is not saving the new path
9
Is it safe to edit the global PATH environment variable?
0
Windows 10 User Environment Variable PATH updated but changes not recognized