I have a Philips Brilliance 231PQPYK IPS LED monitor connected to my desktop. It's worked fine for the past 2.5 years, but all of a sudden yesterday it gave me this strange SmartImage overlay with one side of the screen saying "SmartImage On" and the other saying "SmartImage Off" separate by a vertical line that moves back and forth across the screen. Here is a photo of it: 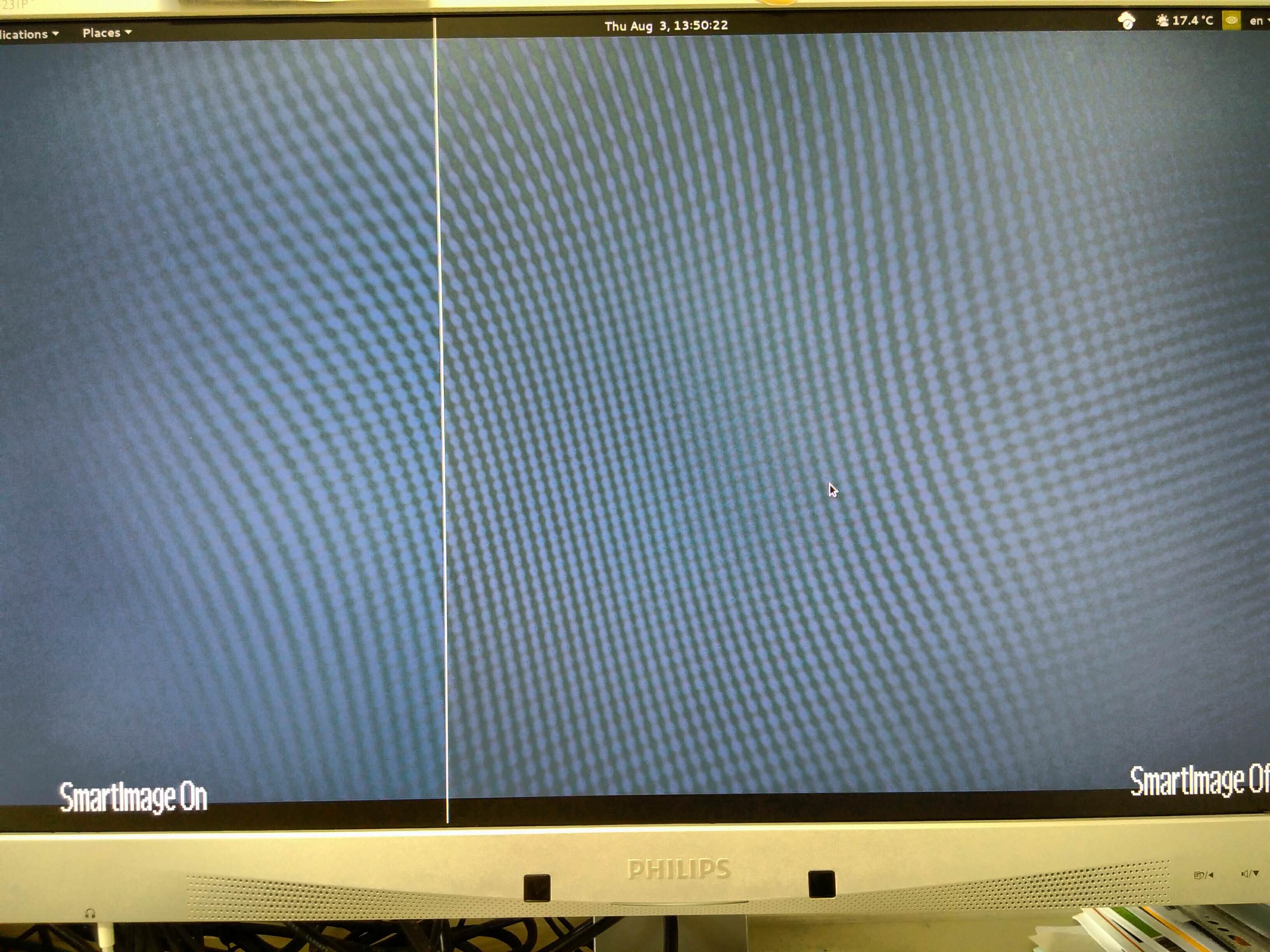 The problem is, I can't find a way to turn off this overlay since none of the monitor's controls are responding! In fact I can't even turn the monitor off without unplugging the power. (this monitor is controlled by touch controls on the bottom right of the bezel as you can see in the photo)

Here's what I tried:

This SmartImage overlay appears as soon as the computer is powered on and shows the BIOS screen. So I don't think this is a problem related to the operating system.

How do I fix this?? Thank you.

Figured it out!! After some inquiries and a phone call, apparently all I have to do is press and hold the SmartImage button on the bottom of the bezel for eight seconds to turn off that overlay. This is not documented in the manual which is really annoying but glad it's fixed now!

It didn't work for me. My 2 weeks old Philips 276E monitor has only a single button at the back. Holding it down for any amount of time did not remove the oscillating SmartImage demo line. A call to the dealer didn't help.

Just as it was looking hopeless, I remembered that I had downloaded the SmartControl software for the monitor. https://www.philips.co.in/c-p/203V5LSB26_94/lcd-monitor-with-smartcontrol-lite/support This software has a reset input. Using that feature did the trick. Hope this procedure is useful.

Not the answer you're looking for? Browse other questions tagged display osd or ask your own question.

4
Is there a way to shut off a laptop monitor?
2
I have to cycle my LCD monitor's power on and off to get it to stay on
0
Monitor buttons disabled via DVI
1
LCD Monitor screen keeps going blank