How to disable 'monitor connection' detection by windows 10?

I have my desktop connected to two monitors, of which one is the primary monitor (best quality). I have a server as well, and its video output is connected to the alternate input of my primary monitor. That way, I can switch my monitor to display the output of my server, so I can quickly perform some actions on it.

This behaviour is maddening, I have to drag every single window back to where it was before to just be able to continue my work. This takes a lot longer than the actions I performed on my server.

How do I prevent windows 10 from detecting monitor changes?

Or alternatively how do I get it to put back the windows to their original place when it changes primary monitor a second time?

Since most answers to similar questions on different versions of windows come down to it's not possible, and I have not found any indication that this has changed for windows 10, I think I have to assume that it is not possible to disable 'monitor connection' detection.

I've never found a valid solution to this either. Some graphics card manufacturers allow this feature and then there's an issue with the "Extended Display Identification Data" handshake with Windows. Sometimes the monitor won't broadcast the EDID at all which means that Windows won't understand that the monitor is re-connected and won't place the icons back.

The only thing that completely alleviated this for me is a cheap hardware device called "monitor detect killer". With this device, it's as if the monitor is permanently 'connected' even though you switch it off or change it's input.

This worked for me: https://sites.google.com/site/ebobster/stuff/displayportblanking

Bottom line: Go into your NVIDIA control panel (or whatever software you have) and change the EDID source from "monitor" to "file." You do this by exporting the settings for each file, then import them again. Now your monitor doesn't determine the setup, the file does.

In this screenshot, where you see "File", it used to say "Monitor." 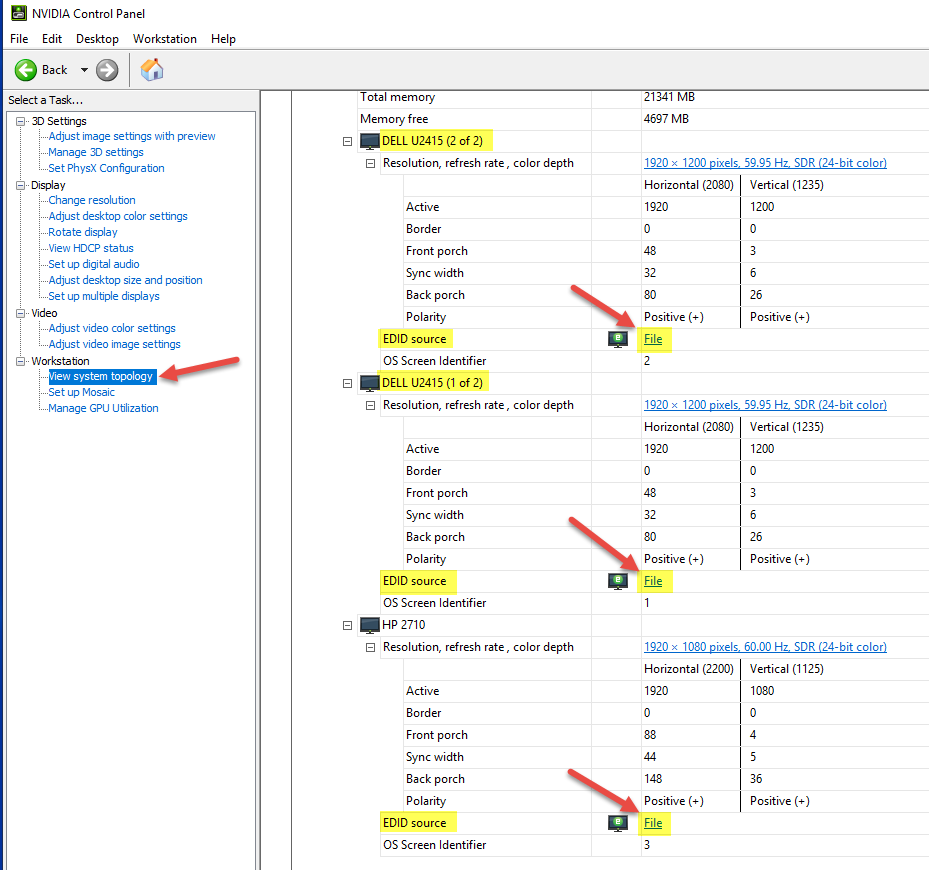 The following worked for me (10080 is seven days in minutes):

Not the answer you're looking for? Browse other questions tagged windows-10 multiple-monitors hdmi hardware-detection multiple-computers or ask your own question.

35
How to disable monitor auto detection in Windows 7?
4
How do I force prompts to display on my primary monitor in Windows?
0
3rd Monitor in a dual monitor setup with switch leaves one blank
16
Sometimes minimized windows move to other monitor Windows 10
2
Prevent windows moving to other monitor when monitor is disconnected
0
dual monitor issue - Windows 7
1
Secondary Monitor Applications Graphically Freezing
1
Keep extended Desktop when a Monitor goes off