How to install Microsoft Edge on Windows Server 2016?

In the IE browser, I can search and find the following site on MS: 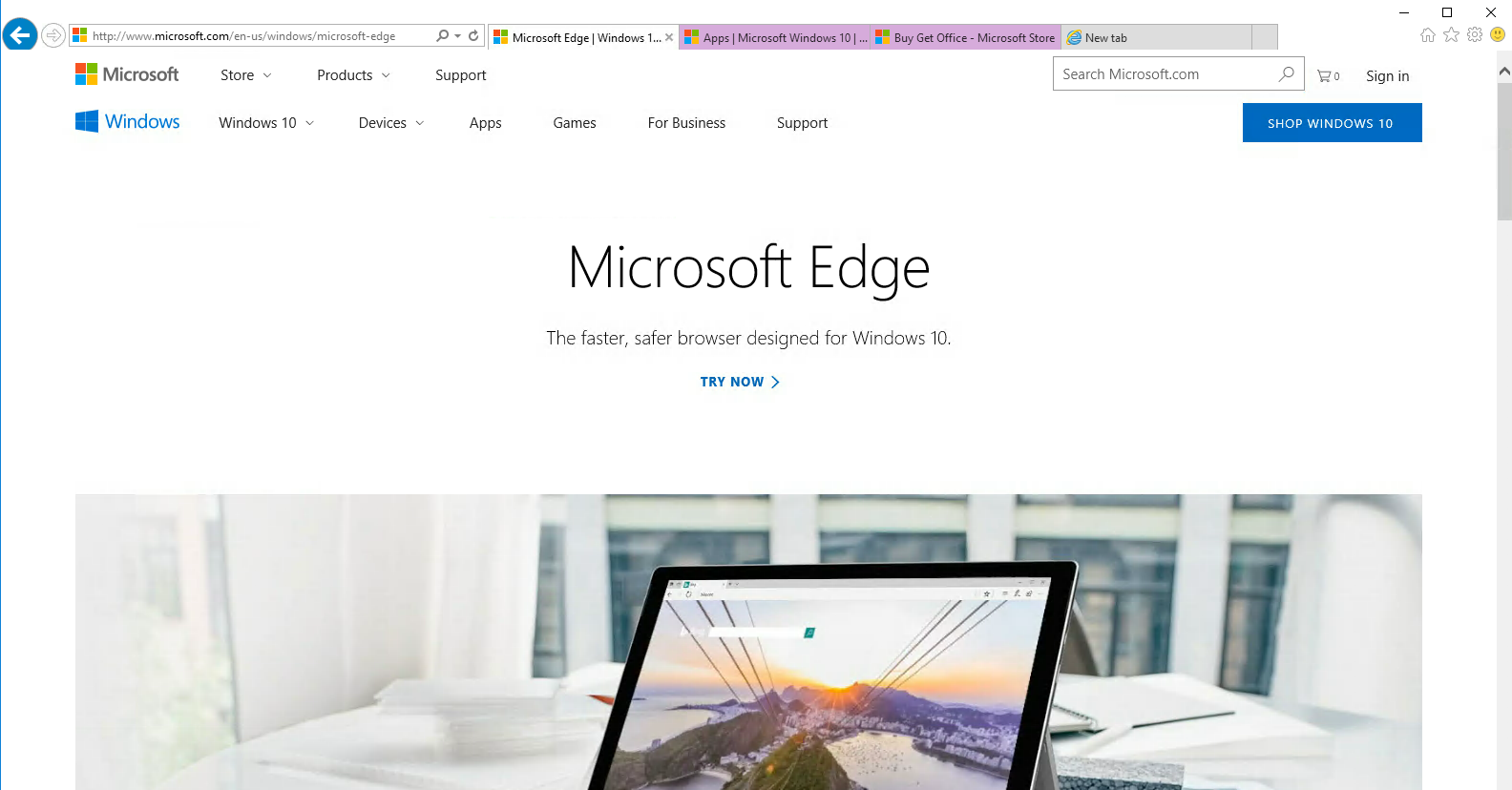 But when I click on 'Try Now', I am greeted by this prompt:

And then this message:

I have also checked 'Add and remove program' but I am not able to locate Edge.

Is there a simple way I can install Edge to Window Server 2016?

Looks like MS recognized the folly in this and changed their minds, the beta version works for Server 2016 now.

The official beta version can be downloaded at https://www.microsoftedgeinsider.com/en-us/ 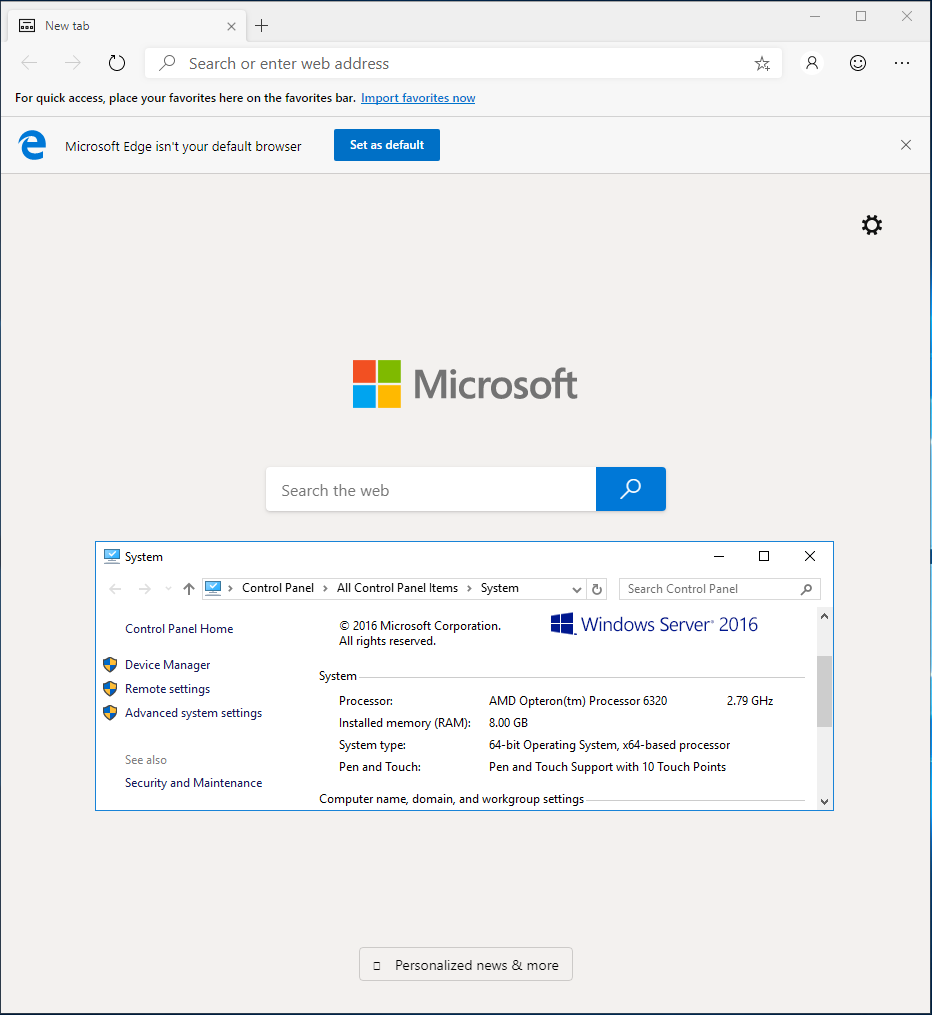 Microsoft Edge was removed from Windows Server 2016 during the release candidate stage. It cannot be installed on it either.

The Long-Term Servicing Branch (LTSB) versions of Windows, including Windows Server 2016, don't include Microsoft Edge or many other Universal Windows Platform (UWP) apps. These apps and their services are frequently updated with new functionality, and can't be supported on systems running the LTSB operating systems. For customers who require the LTSB for specialized devices, we recommend using Internet Explorer 11.

The "Try Now" link on the web page you've found simply tries to invoke a hyperlink whose protocol is microsoft-edge:. Internet Explorer recognizes this protocol as belonging to a UWP and tries to invoke that app, but only after asking you. What you see in screenshot #3 is the result of that app (Microsoft Edge) not being installed.

Not the answer you're looking for? Browse other questions tagged windows-server-2016 or ask your own question.