I'm trying to spin up an instance of MacOS Sierra inside my Windows 10 machine using VirtualBox. When I start the machine, I get this error message:

VT-x is disabled in the BIOS for all CPU modes (VERR_VMX_MSR_ALL_VMX_DISABLED).

A quick google search tells me that I do not have hardware virtualization enabled on my machine. I can access the UEFI firmware settings, but I did not see any options there for enabling virtualization. How can I turn on VT-x? 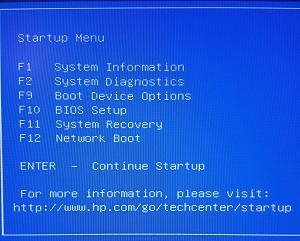 First, you may want to read the following page, which describes where the relevant options are set on some computers:

If that doesn't help, one (perhaps long-shot) approach may be to use my rEFInd boot manager to boot the host OS (Windows for you):

The enable_and_lock_vmx option was added to rEFInd for the benefit of Mac users who want to use Hyper-V; however, it sounds like it might work for you, too. I've never tested it for your use case, though. (In fact, I've barely tested it at all; the relevant code was a submission from somebody else.)

Not the answer you're looking for? Browse other questions tagged virtualbox cpu bios virtualization uefi or ask your own question.