Win10 insists on “updating” a driver it shouldn't need [duplicate]

Ask Question
Asked 2 years, 10 months ago
Active 2 years, 9 months ago
Viewed 122 times
2
This question already has an answer here:
Can I permanently block an update (non-driver) that will not install on my machine on Win10 pro? (1 answer)
Closed 2 years ago.

My Windows-10 frequently displays the following driver among the updates to download/install : 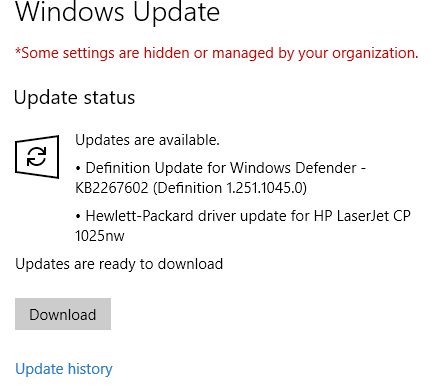 This is puzzling because 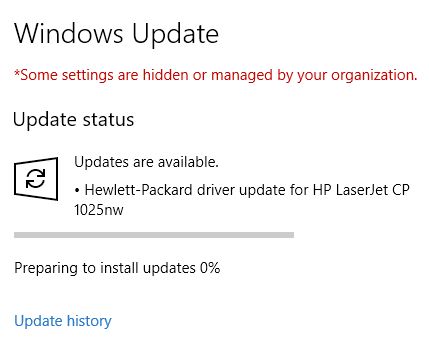 Any idea what is happening here, or how can I debug this?

Update: this question has been marked as duplicate, I disagree. The other question is about blocking a legitimate non-driver update. My scenario is different: Windows is doing something wrong here, it wants to install an update of a driver that I don't have (I don't have that printer installed). Besides, when I let it do the update, it apparently does nothing, because later it insists on doing the same exact update. This is suggesting that the update process is messed up in my computer. I'm looking for answers about this issue, what is happening, how can I remedy the underlying problem - or at least, understand, or get some pointers to debug it. The answer: "use a third party program that replaces the standard Windows update program to block that particular update" is not a satisfactory answer.

Troubleshooter mentioned in "How to temporarily prevent a driver update from reinstalling in Windows 10" may be helpful: https://support.microsoft.com/en-us/help/3073930/how-to-temporarily-prevent-a-driver-update-from-reinstalling-in-window

Not the answer you're looking for? Browse other questions tagged windows windows-10 windows-update or ask your own question.

2
Can I permanently block an update (non-driver) that will not install on my machine on Win10 pro?