How is a NAS different from a SAN?

I've been doing research into NAS and SAN for a situation at work, and I am struggling to workout the difference between the two on a corporate level.

Is a NAS basically just a small SAN? Or are SANs more like your general file servers that businesses use?

A NAS includes a dedicated hardware device called the head that connects to a local area network, usually through Ethernet. This NAS server authenticates clients and manages file operations in much the same manner as traditional file servers, through well-established network protocols like NFS and CIFS/SMB.

To reduce the cost compared to traditional file servers, NAS devices generally run an embedded operating system on simplified hardware and lack peripherals like a monitor or keyboard.

A SAN commonly utilizes Fibre Channel interconnects and connects a set of storage devices that are able to share low-level data with each other.

The administrator of a home or small business network can connect one NAS device to their LAN. The NAS maintains its own IP address comparable to computers and other TCP/IP devices. Using a software program that normally is provided together with the NAS hardware, a network administrator can set up automatic or manual backups and file copies between the NAS and all other connected devices.

The NAS holds many gigabytes of data, up to a few terabytes. Administrators add more storage capacity to their network by installing additional NAS devices, although each NAS operates independently.

Administrators of larger enterprise networks may require many terabytes of centralized file storage or very high-speed file transfer operations. Where installing an army of many NAS devices is not a practical option, administrators can instead install a single SAN containing a high-performance disk array to provide the needed scalability and performance.

As Internet technologies like ​TCP/IP and Ethernet have proliferated worldwide, some SAN products are making the transition from Fibre Channel to the same IP-based approach NAS uses. Also, with the rapid improvements in disk storage technology, today's NAS devices now offer capacities and performance that once were only possible with SAN.

These two industry factors have led to a partial convergence of NAS and SAN approaches to network storage.

Source The Differences Between SAN and NAS

A NAS is "Network Attached Storage" and is essentially a thing on your local network making some storage space available over the network to clients. This may be a dedicated server, or a dedicated appliance or it may be nothing more than your home computer with "file sharing" turned on.

A SAN is a "Storage Area Network" and consists of at least two redundant controllers, and whatever networking kit is required to make that network access fully redundant.

Protocol sort-of indicates SAN or NAS, but there is a heap of crossover. Some NAS devices offer iscsi, but few SANs offer NFS or SMB/CIFs access without some kind of host to do the sharing.

Controller redundancy is the one thing that makes a device a NAS and not a SAN. If your gear has two or more independent controllers, so that one can be restarted and all services are moved to the other, then you may have a storage device to use in a SAN. If you only have one controller such that service must stop to upgrade, then you have a NAS.

Note multiple ethernet ports, using a LAGG or etherchannel or bond are not the same as redundant controllers.

Example NAS devices I have used

Example SANs I have used:

This is a network plan for someone's virtualisation project, and the blue lines are the iSCSI network.

Everything is redundant, with multiple paths, and redundant PSUs on each component of the SAN. 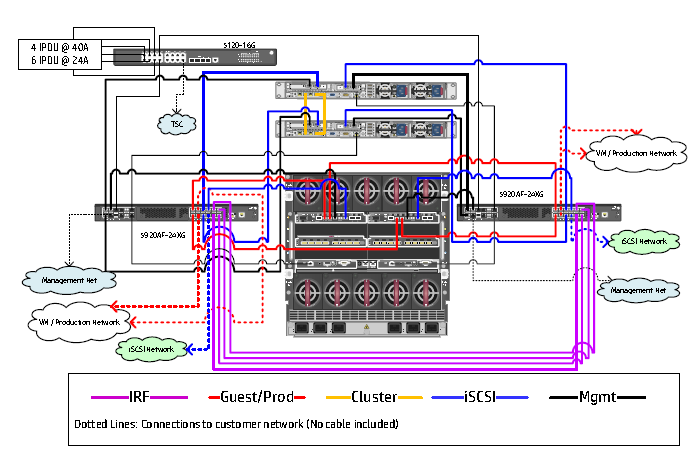 So cost is a good second-order indicator of NAS vs SAN component. If you can buy a device without requiring capital asset approval from benacounters, its probably just a NAS.

Not the answer you're looking for? Browse other questions tagged nas storage san or ask your own question.

0
What is the difference between disabling hibernation and idling time for a NAS?
1
Sharing music on NAS with Zune and iPod?
2
Questions about storage virtualization
1
Forwarding ports to access a NAS behind a NAT
5
SAN vs NAS: How to explain the difference in layman's term?
0
Configure S.M.A.R.T. daemon for NAS at home and suspending discs
1
NAS Storage or Server
2
Linking 2 wifi routers to access NAS
0
How to install & maintain a DIY NAS without monitor and keyboard?